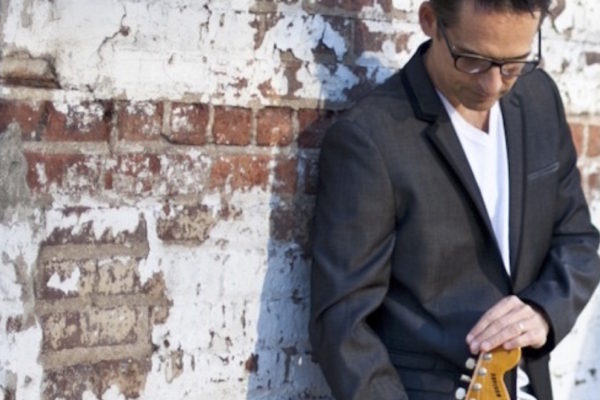 Life as an artist is typically, at a minimum, interesting; so we decided to reach out to a number of pros whose work we admire — and ask them a bunch of questions that convey their hard-earned wisdom. This first episode of “5 Questions With…” features guitar ace Jeffrey Lee Campbell. Jeffrey’s been a professional musician for over 40 years — 30 and counting in New York City. In addition to playing with Sting, he’s performed with artists including Aretha Franklin, Michael Bublé, and Jon Bon Jovi. He’s also played on countless recordings, jingles, and Broadway shows (including a record-setting 14-year run in ABBA’s Mamma Mia.) Jeffrey is currently busy composing and producing music at his midtown recording studio — as well as playing guitar on Andrew Lloyd Webber’s latest Broadway hit, School of Rock.

Related: An Excerpt from Jeffrey Lee Campbell’s new memoir “Do Stand So Close”

Keep an eye out for Jeffrey’s upcoming book, Do Stand So Close — My Improbable Adventure as Sting’s Guitarist. This coming-of-age memoir recounts Jeffrey’s 25 country, six continent, trial by fire as guitarist on Sting’s “Nothing Like The Sun” World Tour. Filled with humorous anecdotes and poignant revelations, the book follows Jeffrey’s amazing odyssey: relocating from North Carolina to NYC and miraculously landing the high-profile gig; life on the road with one of the world’s biggest rock stars; and a humbling crash-and-burn after the tour ends. Jeffrey’s insider’s perspective provides an exclusive (and sometimes harrowing) point-of-view. For more info, visit Jeffrey Lee Campbell’s website. In the meantime, we hope you enjoy our debut episode.