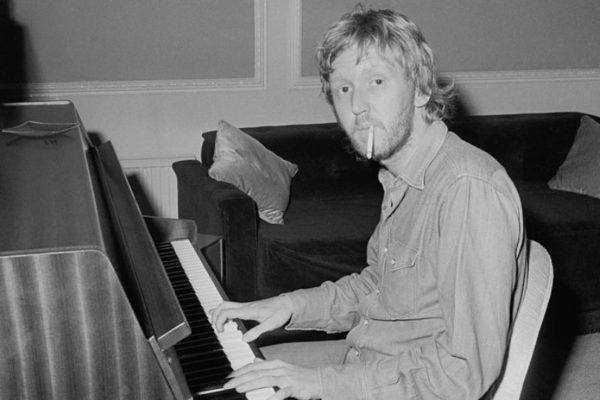 There was something about Harry Nilsson. He was, after all, a talented artist whose output encompassed folk, rock, tender ballads, children’s music and naturally enough, a walk through the great American songbook. Nilsson started out as a songwriter: He penned several tunes for Phil Spector, including The Ronettes’ “Here I Sit,” provided The Monkees with a hit (“Cuddly Toy”), and took Three Dog Night up the charts with a bona fide classic (“One”). His debut album Pandemonium Shadow Show (1967) garnered critical acclaim but failed to generate impressive sales. That came later when Nilsson hit the airwaves via such songs as “Everybody’s Talkin’” (Fred Neil’s theme to Midnight Cowboy) and Nilsson’s own infectious “Coconut,” as well as the quirky but enjoyable “Spaceman.” If you’re still not quite ready to sit down and watch the fascinating documentary Who Is Harry Nilsson (And Why Is Everybody Talking About Him?) (2010), here are a half dozen reasons that may sway you in that direction. (It’s really good.)

1. “You Can’t Do That”
Pandemonium Shadow Show made fans out of John Lennon and Paul McCartney (so much so that Lennon later went on to produce Nilsson’s release Pussy Cats). This excellent cover of The Beatles’ “You Can’t Do That” actually weaves in several other Fab Four tunes, resulting in a truly groovy musical collage.

3. “Jump Into The Fire”
Nilsson occasionally indulged his inner rocker, as he did with this propulsive, rough-edged track from Nilsson Schmilsson which also landed on the pop charts for him. The song was later used by director Martin Scorsese to underscore the memorable scene in Goodfellas in which Ray Liotta’s gangster spins out of control due to his coke-fueled paranoia.

4. “As Time Goes By”
In 1973, before it became common practice for rock stars to record songbook standards, Nilsson released A Little Touch of Schmilsson in the Night, an album chockfull of lovely interpretations of classics like “It Had To Be You” and “For Me & My Gal” featuring lush orchestration and his beautiful vocals. His version of “As Time Goes By”is a stand-out.

5. “Think About Your Troubles”
This song is a highlight in Nilsson’s delightful score for the 1971 animated children’s film The Point, which also features “Me & My Arrow,” a tune that resurfaced in commercials to promote the Plymouth Arrow. Talk about thinking ahead!

6. “Without You”
Ironically, for such a prolific and skilled songwriter, two of Nilsson’s biggest hits were written by others: the aforementioned “Everybody’s Talkin’” and this heart-wrenching ballad, written by Pete Ham and Tom Evans of Badfinger. Nilsson’s version went all the way to Number One back in 1971. Proving that sometimes the taste of the masses is impeccable.

PS. Nilsson wrote the title track on The Monkees’ album released a while back. Read more about it here. Plus, you may also enjoy our post The Crooked Path to Badfinger’s “Straight Up.”