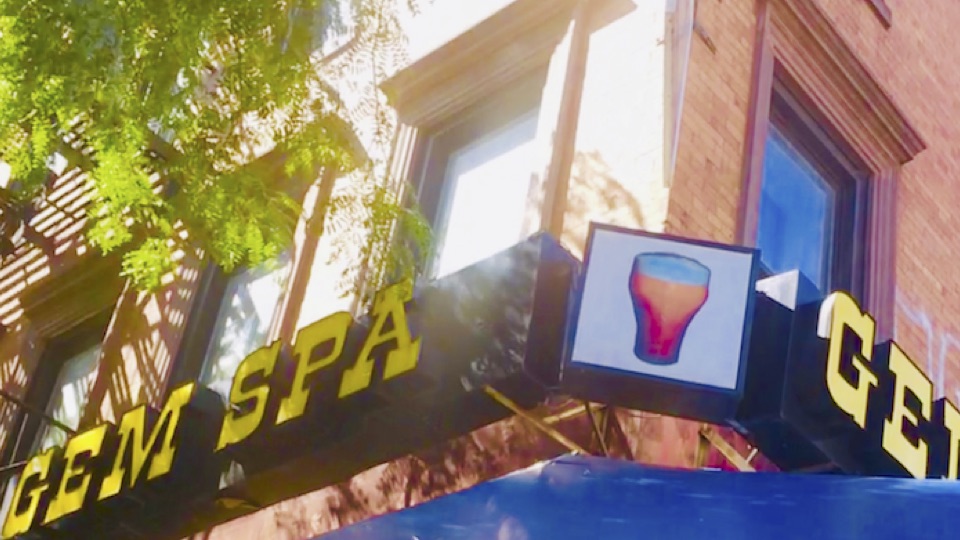 New York City keeps acquiring an overlay of gentrified modernity over its historical aspects. Perhaps this isn’t always a bad thing; blending the old with the new suggests an ongoing dynamism. Still, vintage music fans love to find those rock landmarks that remain, reminding us of a glorious cultural past. Sadly, many of these venues have vanished entirely. But here are a few spots that still shimmer with history. Visit while you can!

Disclaimer: While the structure for this revered former punk club stands, it has gone corporate. CBGB’s began as a biker bar that was taken over by entrepreneur Hilly Kristal in 1973, with the initial vision of being a venue for Country, Bluegrass, and Blues (hence the initialized name). Somehow, it morphed into a punk/New Wave mecca. The Ramones, The Talking Heads, Patti Smith, Blondie, Stiv Bators, Sid Vicious and others crammed into the small space, owned the gritty atmosphere and rendered CBGB’s the ultimate punk venue. It was known for its graffiti’d interior, questionable bathrooms, and mashup of stickers, sweat, and soul. Alas, ugly rent issues closed the historic spot in 2006. Today, a posh John Varvatos boutique stands in the footprint. Varvatos has infused his interior, museum-style, with some remnants of the madness that preceded him. But it remains a reminder to many how soulless commerce has trumped the gritty glories of the past.

Jimi Hendrix’s studio is on a block that was once a vibey expanse of shoe stores, coffeehouses, unique jewelry shops, and a classic two-tier pizza place. Much has left the area but this stalwart stands, created for Jimi but tragically only utilized by him for the last few months of his life. It is filled with mirrors, mad artwork and a floaty interior intended to further inspire Hendrix’s creativity. While he didn’t enjoy it for long, it has been well-served by Bob Dylan, Eric Clapton, The Stones, Frank Zappa, AC/DC, Lana Del Rey, Led Zeppelin, and John Lennon, among many others. Within its bohemian walls remains a stellar studio with the highest-end equipment and tight security that allows the best musicians to flourish. It has served this noble purpose since 1968 and is an enchanting spot of musical history.

An anchor pin of historical continuity on a block that is showing the effects of gentrification. But so long as Gem Spa stays on St. Mark’s Place, there is hope for the creative cool spirit that exemplifies the best of the East Village. Gem Spa has been a longtime newsstand, egg cream dispensary, general store and hip gathering place since the late 1920s. From the Beats in the ‘50s, Hippies in the ‘60s and Punks in the ‘70s-‘80s, it has been the hangout for locals and luminaries. Madonna posed in front of its facade in 1985’s Desperately Seeking Susan. The New York Dolls, Patti Smith, Allen Ginsberg, and Jim Carroll were patrons. Current owner Parul Patel has taken over her dad’s reign and utilizes her marketing skills, tee-shirt sales, and warm charisma to help keep Gem Spa going. For its legendary egg creams alone (whipped up right by the cash register), long may Gem Spa wave.

Street art is hardly unique to NYC, but some murals capture the attention of the masses. So it is with this wonderful, audacious homage to Joe Strummer, co-founder of The Clash. Street artists Dr. REVOLT and Zephyr created the powerful piece after Stummer’s death in 2002, and it graced the side wall of the famed Niagara Bar across from Tompkins Square Park. It became a beloved part of the East Village cityscape. Community consternation came in 2013 when it was temporarily removed as the elderly wall underwent structural changes. Happily, Dr. REVOLT re-created another worthy rendition, and director Jim Jarmusch and Clash guitarist Mick Jones were on hand to celebrate.

Led Zeppelin’s 1975 LP Physical Graffiti contained musical genius within and artistic genius without. The cover art still exists in the real world, in the form of two adjacent buildings on St. Mark’s Place. Beautiful in their patinated history, these tenements became enduring images. The upper floor was lopped off to fit within the square confines of the album cover and die-cuts were made to fill the resulting “windows” with celebrity faux tenants. Seeing the actual buildings elicits a thrill for Zeppelin fans. A piece of meta fabulousness occurred in 2012 when Robert Plant himself was spotted in front.

Photo of Gem Spa courtesy of the author