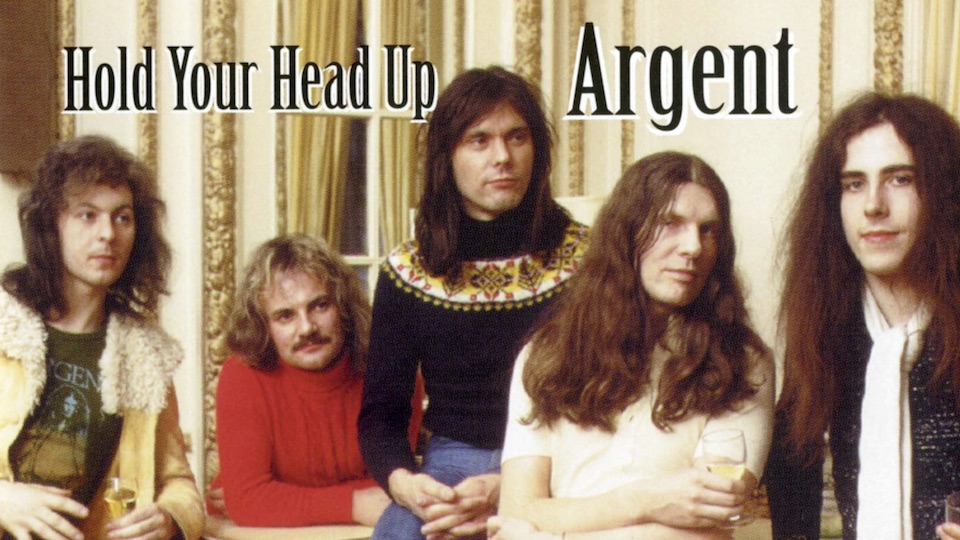 Rod Argent had the good fortune to be part of two memorable bands. A founding member of The Zombies, Argent penned the hits “She’s Not There” and “Tell Her No,” as well as “Time of the Season,” a key track from the group’s now-classic 1968 album Odessey and Oracle. After The Zombies broke up, the keyboard player launched his eponymous band Argent, whose members included bassist Jim Rodford, guitarist Russ Ballard and drummer Bob Henrit. Argent and Ballard, along with former Zombies bassist Chris White, wrote the lion’s share of the group’s music. Their first record, 1970’s Argent, didn’t produce any hits for the group, although the Ballard-penned track “Liar,” was covered by Three Dog Night and became a Top 10 hit for that band. Three Dog Night also recorded “Chained,” another Ballard composition, from Argent’s second album, 1971’s Ring of Hands.

The third time around proved to be the charm for Argent, when “Hold Your Head Up,” featured on the band’s 1972 LP, All Together Now, became a worldwide hit. “Hold Your Head Up” contains a riveting Hammond B3 organ solo by Argent, as well as searing lead vocals by Ballard. The song became a 1970s rock and roll anthem and a mainstay on FM radio, reaching number five in both the US and UK, while All Together Now made it to number thirteen on the album charts. The version of “Hold Your Head Up” which was issued as a single is actually just over three minutes long, while the album track clocks in at an epic six minutes and fifteen seconds. A diverse roster of bands, including Steppenwolf, Uriah Heep, Jellyfish, Mr. Big, and Mother Love Bone, has covered the song since the original release.

Argent’s music encompassed several genres over the course of their existence, including hard rock, progressive rock and even a touch of cosmic psychedelia. The band’s fifth record, 1974’s Nexus, contained several instrumental tracks, including “Infinite Wanderer,” and the disc leaned even more in a progressive rock direction. Nexus was the last studio album by the band to feature Russ Ballard. Guitarists John Verity and John Grimaldi joined the group for their next outing, the 1975 concept album Circus. Argent’s final release as a band, Counterpoints also issued in 1975, added some distinctive jazz-fusion elements to the group’s sound. When Bob Henrit fell ill during the sessions for the album, Phil Collins filled in behind the drum kit.

The members of Argent went their separate ways in 1976. Rod Argent released a couple of solo albums and was very active as a session musician. One of his gigs was playing piano on The Who’s classic “Who Are You.” Both Jim Rodford and Bob Henrit later joined The Kinks. The band’s original lineup briefly reunited for some live performances in England during the early 2010s. Rod Argent is currently part of a reunited version of The Zombies, along with fellow founding member Colin Blunstone. That group also featured Rodford, from 2004 until his death in 2018. Argent’s eclectic musical legacy lives on, and “Hold Your Head Up” is a song that absolutely requires you to turn it up.

3 comments on “The One-Hit Wonder File: “Hold Your Head Up””