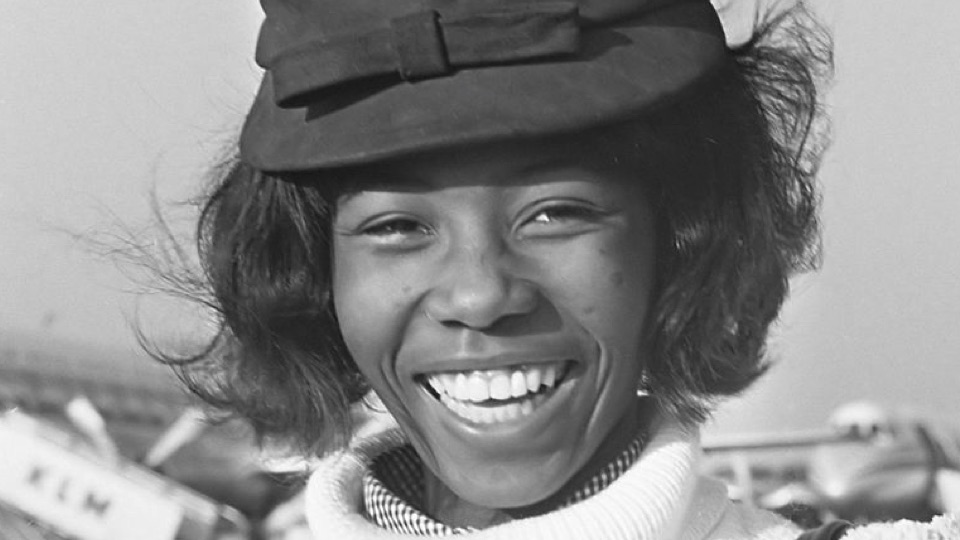 Singer-songwriter Millie Small is best known for her 1964 Top 10 hit “My Boy Lollipop,” the bouncy ear candy that sold millions and made her the Caribbean’s first international pop star. In the USA she was tagged as a novelty, but in truth, she was a catalyst in a chain of events that changed the course of popular music.

Related: “Sixty-Minute Man: He’ll Rock You and Roll You”

There’s no doubt that Jimmy Cliff and Bob Marley are the lions of Jamaican music, outstanding singer-songwriters who championed reggae’s impact on mainstream culture. Their career breakthroughs, however, happened after Chris Blackwell signed them to Island Records and urged them to elevate reggae into a fresh, progressive style. Otherwise, Cliff and Marley might have kept on doing backwater knock-offs of American R’n’B.

In 1959, Island Records formed around Blackwell’s love of Jamaican ska and bluebeat music—the precursors of reggae. His first signing was the pint-sized 16-year-old Jamaican Millie Small. She’d been cutting records since age 12, starting with the legendary Coxsone Dodd. After scoring with “My Boy Lollipop,” Island became a financially vibrant label able to promote reggae to the world.

“Lollipop” (a remake of a 1956 R’n’B single by Barbie Gaye) was recorded with London studio musicians conducted by Jamaican guitar maestro Ernest Ranglin. Urban legend has it that a young Rod Stewart played the harmonica break, but it was actually session man Peter Hogman.

Like Berry Gordy at Motown, Blackwell groomed the talent he signed. He sent Millie, “the Bluebeat Girl,” to lessons in dance and diction. She transformed into a consummate entertainer and bandleader—a female James Brown. Footage of her 1965 Australian tour shows her spitfire footwork and charismatic presence as she commands a pick-up band. She shows the same authority in 1966 footage of her rehearsing with The Vanguards (with Norwegian guitarist Terje Rypdal and a pre-America Gerry Beckley).

After “Lollipop” Millie kept recording, including duets with notables like (then unknown) Jimmy Cliff. She toured relentlessly, with Patti LaBelle and Otis Redding as opening acts. Her career whirlwind included TV appearances with A-list celebrities (from Beatles to Tony Bennett) and teen magazine gossip about her relationship with Peter Asher. Millie’s last major single was a 1969 cover of Nick Drake’s “Mayfair” backed with “Enoch Power,” a protest song she wrote which addressed the ill-treatment of African and Caribbean immigrants in Britain. The song made her an icon in the UK’s black community.

Then, at the peak of her powers, Millie stopped touring in 1973, dialing back her career right as reggae gained prominence on the global stage. She became reclusive and moved to Singapore, New Zealand, and back to London amidst tales of destitution. She’d emerge sporadically for ceremonies and check-ins with journalists, saying she was focused on raising her daughter, painting, and working on new music. In a 1987 Thames TV interview she said of her heyday, “That’s all experience. It was great. I didn’t worry because I knew what I was doing. I saw how the other half live. It’s something I chose to do.”

Over the decades “Lollipop” has been reissued and re-charted many times. Amy Winehouse said it was her favorite record. However, in a 2016 interview, Millie claimed she never received royalties from it.

Fans were hopeful when, in 2006, Millie began work on a new record. As of 2018, she was still in the studio, hitting the notes with an evergreen reggae vibration.  Sadly, she passed away in 2020, felled by a stroke at 72. She is survived by her daughter Jaelee Small, a London-based singer.

Millie Small was little in stature but was said to have a humble heart and a giant sense of humor—traits tested by a music business with hard stories and sad outcomes. Yet we’re reminded that we all make choices and this one little woman chose to give the world volumes of joy.

0 comments on “A Bigger Look at Millie Small”