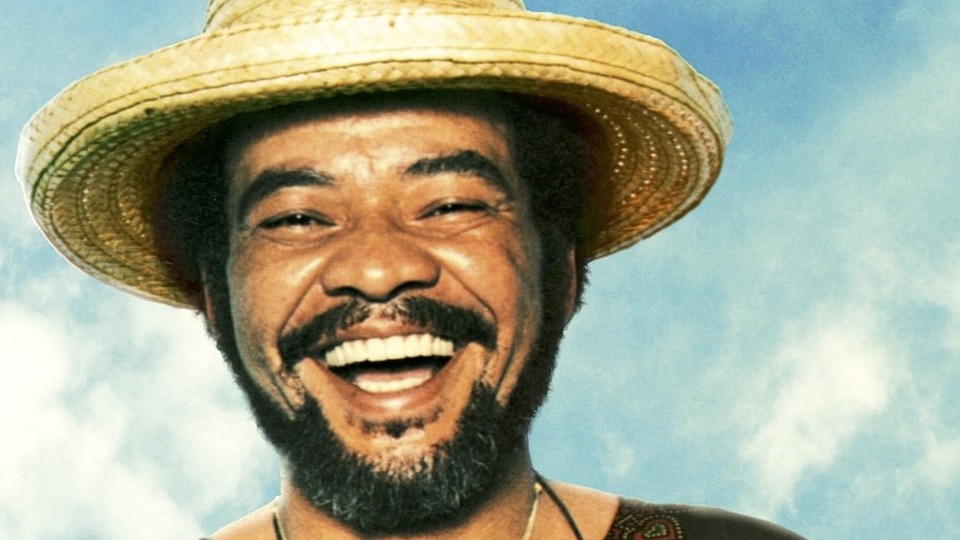 Funk was never an understated entity in Bill Withers’ sound. Though he was known as a singer-songwriter troubadour, whose homegrown soul and truth-telling affirmations struck a profound chord, he had a unique ear for a groove. Whether steeped in a chorus’ hard-hitting backbeat during a breakdown (see “Lean on Me” and “Ain’t No Sunshine”), or the musical pulse of a song altogether (“Use Me,” “Heartbreak Road, “Railroad Man,” “Who Is He (and What Is He to You)?” and countless others), Withers and his backing musicians embraced funk’s rhythmic urgency and propulsive flair. It drove his message home while leavening its emotional gravity. But with one listen to Naked & Warm, Withers’ sixth studio album and second outing on Columbia Records, it’s clear he reshaped the earthier modes of his original sound with a sleeker identity at the midpoint of the 1970s.

Released in 1976, Naked & Warm is one of those ignored platters that most of the record-buying public shrugged pass and never gave a fair shake. For those who did, it was probably a jarring ride. That’s not a far-fetched argument to make as neither the album nor its singles barely made a dent on the charts. Although he was a respected soul figure, Withers’ sales and appeal flattened during the latter half of the 1970s due to changing tastes in the disco age. On its own merits, though, this album plays as an enchanting jazz-funk excursion that showcased the widening of Withers’ musical vocabulary beyond the organic style of his former work on Sussex Records. It’s probably the closest he came to recording an album in the vein of similar R&B and fusion-wired works from the Crusaders (with whom Withers collaborated with when he lent his vocal on their 1980 cut, “Soul Shadows”), Donald Byrd, and Grover Washington, Jr. (with whom Withers famously collaborated with on the ever-popular 1981 smooth jazz staple, “Just the Two of Us.”)

The sinewy opener of Naked & Warm, “Close to Me” sets the stylistic course. ARP synthesizers blip and bubble underneath an electric bass-laden groove. Jazzy electric piano noodles and sparse drum stabs decorate its laidback, seductive cool. Then, Withers steps to the microphone, with his unforgettably warm and inviting voice: “Close to me / Said I want you close to me / I believe / I can bring you happiness.” Neither Withers nor this mid-tempo ballad are emblematic of the slow-burn eroticism Withers’ closest contemporary Marvin Gaye loomed out of his love spell, or Barry White and Isaac Hayes’ chocolate-coated, symphonic love operas. It’s also miles away from “Hello Like Before” and “Kissing My Love” one can ever imagine. It’s a simple, copacetic cut that fits the album’s title like a glove, cutting right to the chase in its plea for love-making pleasure. Even as you pin down its seductive lyrics, the savory funk groove is all too infectious not to get drawn into. The sensual allure spills over into euphoric modes on the jam-oriented title cut “Naked & Warm (Heaven! Oh! Heaven!).” A nearly six-minute jazz-funk odyssey that hefts into a full-fledged funk hymnal midway, Withers and his crack rhythm band meditates over carnality and spiritual salvation this time around. While its cerebral lyrics are denser and a tad vague compared to Withers’ more immediate work, there’s still something astonishing about the way Withers deftly tackles the groove. A similar airy groove permeates the majestic “Dreams,” which finds Withers conveying fantastical visions in regards to, well, dreams.

A slight heel-turn from esoteric jazz-funk textures that dominate this album, Withers dips into familiar ground on the affectionate “Where You Are,” with its sturdy, driving blend of rim-shot acoustic soul and analog funk touches.

Conceding to trends that were fashionable at the time, “If I Didn’t Mean You Well” and “I’ll Be With You” may have been the only numbers that immediately caught onto listeners’ ears. The former crackles with a shuffling, radio-friendly disco pulse that would’ve been an instant smash for anyone else except for Withers, but his soulfully uplifting voice suits it well. The latter is an earnest ballad on committed love that predicts Withers’ move toward the hushed and pleasant smooth soul fare during his later period.

Clocking in at ten minutes, the centerpiece of Naked & Warm, “City of Angels” couldn’t be any more majestic and thoughtful. As backing musicians render an insistent rhythm that rides a throbbing beat, Withers conjures a haunting paean to the sun-kissed land of opportunity and broken dreams, Los Angeles. He sounds both stoic and heartbroken in his vocal delivery as he sings the song’s escapist lyrics: “L.A., L.A., find a place for me / Give me all your spaces / It’s where I want to be.” It’s as if he knows all too well that the price of hard sacrifice and survival in Los Angeles will be no different from what he endured in his Southern hometown, regardless of the beautiful climate. Then, everything suddenly settles into a meditative hymnal during the song’s second half. The driving rhythm evaporates as the late great jazz harpist Dorothy Ashby and accompanying musicians simmer things down, allowing Withers’ haunting words enough space and depth to soak up the entire vibe. There’s no dramatic instrumental passage or uncanny musical section to break up the mood. In essence, Withers’ straightforward style is to exude feel, without further explanation. The album closes tenderly with “My Imagination,” a relaxed, sentimental ballad that conveys humble adoration for lasting intimacy between two people in love after it has been dreamt and imagined for so long.

Like any great artist that has an established sound, it’s often intriguing to witness what happens once their artistic plot shifts a bit. For someone of Bill Withers’ stature in the soul realm, the shift was rewarding. Naked & Warm represented something of departure in his oeuvre, one where he moved the needle of his organic style of soul and let his funk arsenal fly more freely. He would go on to score a few commercial hits as his career soldiered on, but he would never again venture eccentric territory as he did here. While it will never be regarded as one of Whiters’ essential works or match the high standard of his great Sussex Records peat, an obscure gem as fascinating as Naked & Warm deserves a deeper listen or two from anyone who ever felt intimidated to delve into the full breadth of his extraordinary artistry, past “Lean on Me,” “Ain’t No Sunshine,” “Lovely Day,” and “Just the Two of Us.”

1 comment on “Bill Withers’ “Naked and Warm” – An Overlooked Gem”