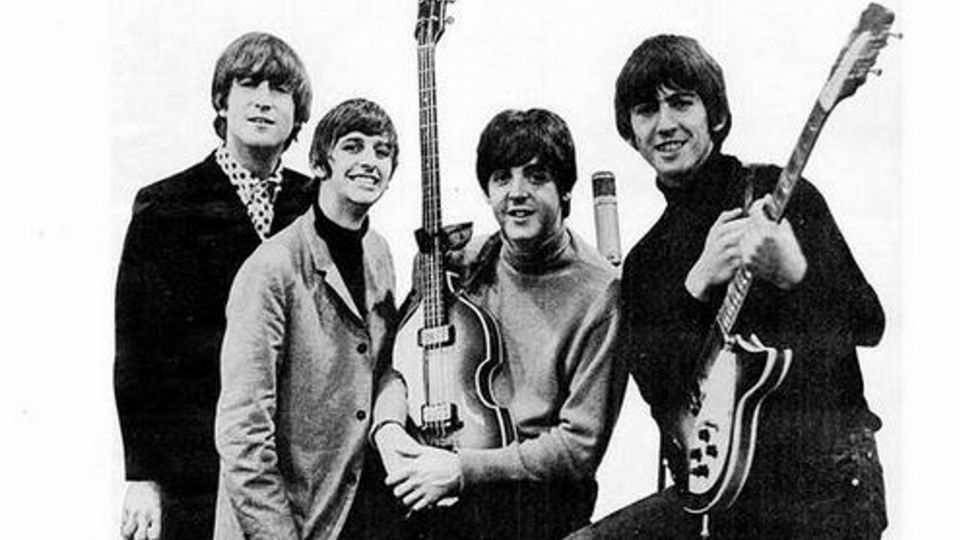 The year was 1963, and British rock and roll was booming. Cliff Richard. The Rolling Stones. Frank Ifield. Gerry and the Pacemakers. And, of course, The Beatles….

But not in America.

Despite the best efforts of U.K. labels, managers, and promoters, British artists were largely ignored by their American counterparts. Capitol Records, one of the largest and most successful American labels, was owned by British label EMI, and therefore got first crack at releasing music from their parent label. Although EMI released all of Capitol’s recordings, Capitol refused to return the favor.

The primary culprit in Capitol’s refusal to issue EMI music was Dave Dexter, chief of A&R for Capitol Records. Dexter came from the world of jazz, and he didn’t care much for rock and roll music – especially from Great Britain. When he first heard the Beatles, he couldn’t stand them. In particular, Dexter found John Lennon’s harmonica on “Love Me Do” cringeworthy.  With Capitol choosing to ignore the Beatles, EMI was forced into releasing Beatles music in America on smaller independent labels like Vee-Jay and Swan.

Thus begins the story told in Deconstructing A Hard Day’s Night – the extraordinary period in Beatles history spanning from the end of 1963 to the summer of 1964. During these eight months, the group launched the British Invasion that would include not only The Beatles, but The Rolling Stones, The Animals, Gerry and the Pacemakers, The Who, The Kinks, and so many more great bands. It was during this same period that The Beatles revolutionized movie musicals by creating one of the most celebrated films of all time, A Hard Day’s Night.

Although conquering America was always on the Beatles’ wish list, it was hard to imagine how it might happen. After all, not even British hitmaker Cliff Richard had success in the States. A spark was lit by a teenage girl who saw a news story making fun of The Beatles and a Washington DJ who managed to sneak a copy of “I Want To Hold Your Hand” on the air in December of 1963.  The fire was fed by the Beatles’ manager, Brian Epstein, who managed to book the band on The Ed Sullivan Show – a deal he made over a handshake. Eventually, Capitol Records capitulated, agreeing to release “I Want To Hold Your Hand” and their first American album, Meet the Beatles. Ultimately, it was the Beatles’ music and personalities that won over the American audience and led to American Beatlemania.

By April of 1964, The Beatles occupied the top five positions of the Billboard Hot 100 with seven more of their songs in the top 100 (as well as several Beatles-related novelty records by other artists). The song at number one was “Can’t Buy Me Love,” a Lennon-McCartney, blues-inspired rocker with a hooky chorus that begins the song – a suggestion from Beatles producer, George Martin.

“Can’t Buy Me Love” would play during a pivotal moment in their new film A Hard Day’s Night where the Beatles, having burst out of the confined spaces in which they have found themselves during the first half of the film, celebrate their newfound freedom by goofing around in an open field. Dick Lester’s direction, featuring long helicopter shots and handheld close-ups, helped Beatles fans share in the Beatles’ ebullience.

“Can’t Buy Me Love” is one of seven new songs featured in the film, including “I Should Have Known Better,” “And I Love Her,” and the title track. A Hard Day’s Night was the first example of a jukebox musical with all the songs written by two of their stars (and a score written by their producer). Even more remarkable, Lennon and McCartney wrote another six songs to fill out the B-side of their next album, including such classics as “Things We Said Today,” “You Can’t Do That,” and “I’ll Be Back.”

When A Hard Day’s Night was released in July of that year, along with the companion album, The Beatles achieved international super-stardom at a level that had never been seen before. They had conquered America and the silver screen. Their music was being celebrated by fans and critics alike. But there was more to come. Before the year was out, they would write and record “I Feel Fine,” their next #1 single, release a second #1 album, Beatles for Sale, and lay the plans for their second feature film, Help!