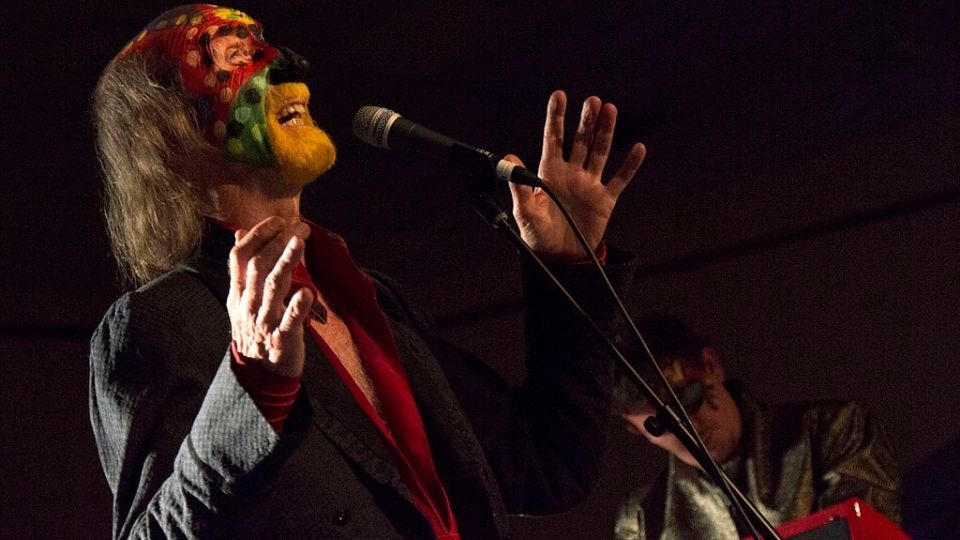 Partly melody, mostly anarchy, “Fire” couldn’t have sounded any less out of step with the bright, buoyant singles that entered the charts in 1968. As if proving a point, the feisty, organ-heavy single hit lost the US top spot to The Beatles’ altogether chirpier “Hey Jude,” but the song — burning with an energy driven as much from mania as it did from sexual desire — embodied many of the proclivities realized in greater fashion by seventies metal acts Led Zeppelin and Black Sabbath. Tellingly, Ozzy Osbourne — one-time Sabbath vocalist and long-time rock alumnus — recorded the song on Under Cover in 2005.

While their artistic peers dabbled in stage presentation, The Crazy World of Arthur Brown excited audiences through a series of exhilarating stunts. However, the band’s most indelible incident occurred at Windsor when the methane that fuelled their singer’s crown burned a flame more deadly than their songcraft. Luckily for Arthur Brown, his life was saved by the shrewdness of two passing bystanders, who quickly dampened the frontman’s headgear with the beers in their hands. The flaming headgear quickly became a fundamental part of the act, and gave Brown his honorary title, “The God of Hellfire.”

But for bassist Jimmy Ryan, the pyrotechnics were just too warm for comfort: “As we cranked through our dark, distorted organ, pounding and pulsing bass-and-drums set Arthur, in a moment of screaming, psychotic reverie, forgot I was behind him, and hurled his lighter fluid-fueled, blazing headdress up and backward, where it came to rest beneath my cloak.”

Behind the Shock Rock antics (Alice Cooper says he owes his career to Brown’s) came the piercing voice of a relic, risen from the cinders of post-war Britain. He watched houses bombed to cinders and had a mother strained by PTSD. Eager to comfort his son, Brown’s father enlisted the services of a practitioner to “help empty my mind.” According to Brown, the process brought him “staring into the heart of the fire and finding a stillness, like meditation,” from which his first album was born. Produced by Kit Lambert, the album delves into the vocalist’s piercing psychosis, and “Fire,” powered by a wailing Hammond riff, proved the obvious hit.

A vibrant but ominous narrator opened listeners up to the proceedings before it segued into a furious portrait of man’s decline. Echoing the madness that surrounded a child in war, Brown lunged into the coda with a shrill, maniacal cackle, while Drachen Theaker’s snare drum rolls exploded. (Due to his fear of flying, Theaker was later replaced by powerhouse percussionist Carl Palmer.)

Buoyed by success, Brown’s antics grew more extravagant and outlandish — and frequently came at a price. After stripping naked to audiences at the 1970 Palermo Pop Festival, Brown was promptly deported from Italy. And then there was the matter of Strangelands, an incoherent effort spared from the public’s eye until it was finally released in 1988. Disbanding the group in 1970, Brown formed Kingdom Come, as a means of committing his more esoteric ideas to tape. Although he hasn’t enjoyed a hit to equal “Fire,” Brown still remains a prolific figure, and recently put his own stamp on the Eric Burdon/Animals standard, “The House of the Rising Sun.”

As it stands, “Fire” holds up admirably on its own, and even snagged a segment in Edgar Wright’s 2007 masterpiece, Hot Fuzz. Driven by his own nefarious needs, Simon Skinner (played beautifully by one-time Bond actor, Timothy Dalton) serenades the nearby police officers with the devilish tune blaring from his car radio. Burn!