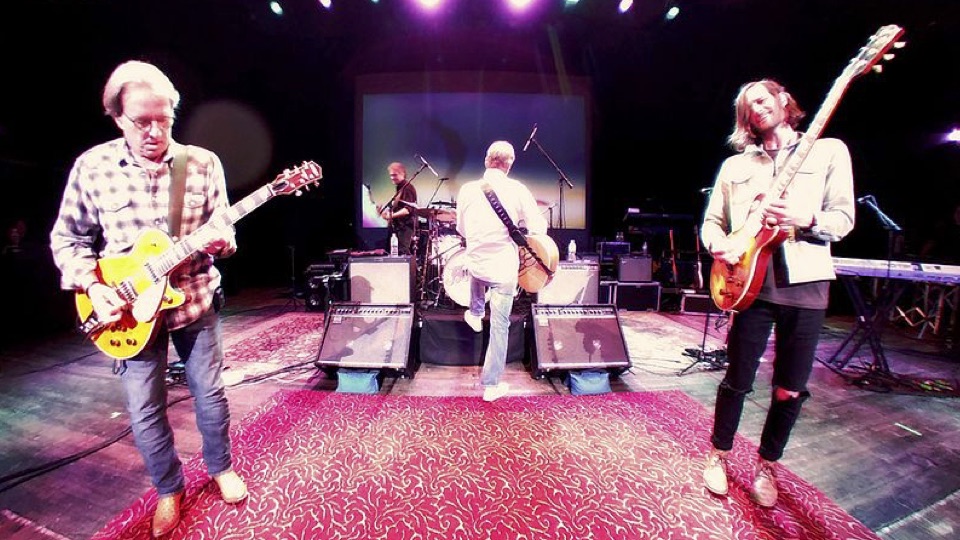 Discussing the departure of drummer/songwriter Bill Berry, R.E.M vocalist Michael Stipe once admitted that he found the transition a strange one. “For me, Mike, and Peter, as R.E.M., are we still R.E.M.? I guess a three-legged dog is still a dog. It just has to learn to run differently.” In 1977, America, a trio of singers, found themselves in a similar predicament when Dan Peek left the band for a career in Christian music (one he continued until his death in 2011). Gerry Beckley and Dewey Bunnell chose to move forward as a duo, also moving to a new label. America: The Capitol Years is a newly-remastered boxset that captures this reinvented version of the group. The set includes the duo’s complete recordings from 1979-1985 and will be released on May 24.

Understanding the value of their transition, the two lost none of the verve to work with each other.  “America has been many things professionally for us,” Beckley recalled in 2011, “but most of all it’s been a democracy where we always, when there was three of us and now when there’s two of us, it is a committee that you work together and nothing is more important to me than my partner’s opinion on certain things.” The pair found the strength to continue writing together. In concert, they justified their newer songs with the vintage classics “Tin Man”, “I Need You”, “The Border” and “Sister Golden Hair” (America maintained a high caliber of live musicianship, as the In Concert disc in this six-CD collection demonstrates).

Related: “The Great Song Adventure: Exploring the Mysteries of Music-Making”

The set starts with the 1979 album, Silent Letter, their first album after Peek left the group, and one produced by the legendary George Martin. On Alibi, released in August 1980, Beckley and Bunnell ached for fresh blood and found it in the form of producers Matthew McCauley and Fred Mollin. They also employed session players from the West Coast, changing their sound from acoustic to a more “soft rock” approach. Though the general production was vaster, “I Don’t Believe In Miracles” and “One in A Million” maintained the wistfulness they’d ably demonstrated on the classic “A Horse With No Name”.

On View from the Ground, the rebooted America worked their magic on a brilliant song, “You Can Do Magic” which earned a Top 10 Billboard position, reviving interest in their post-Peek trajectory (one the band maintains to this day). Elsewhere, the album smacked of much-needed confidence: “Right Before Your Eyes” and “Never Be Lonely” are taut with zest and excitement.

It’s an excitement somewhat lost on their follow up Your Move, a record primarily written and produced by Russ Ballard. Relatively impersonal, the duo then sought a different mindset on the fittingly titled follow-up Perspective. A myriad of taut harmonies, hooks, and clever use of synthesizers, Perspective adroitly showcased 80s influences woven into their mainstay. That their music had shifted from the six-string to the synthesizer reflected on the charts, and it was the band’s last appearance. “Can’t Fall Asleep to a Lullaby“, a minor radio hit, boasted anthemic vocal support from Journey front-man Steve Perry but was inexplicably less successful than it should have been.

After Peek’s departure, America found themselves one man down, a two-legged dog where a fine three-legged animal once raged. And yet through their songwriting brilliance and courage, the duo has continued a journey which they still cherish and which their fans support. America: The Capitol Years is ample proof that this “two-legged animal” is every bit as viable as a three-legged one.

3 comments on “America: The Capitol Years – A Great Second Chapter”