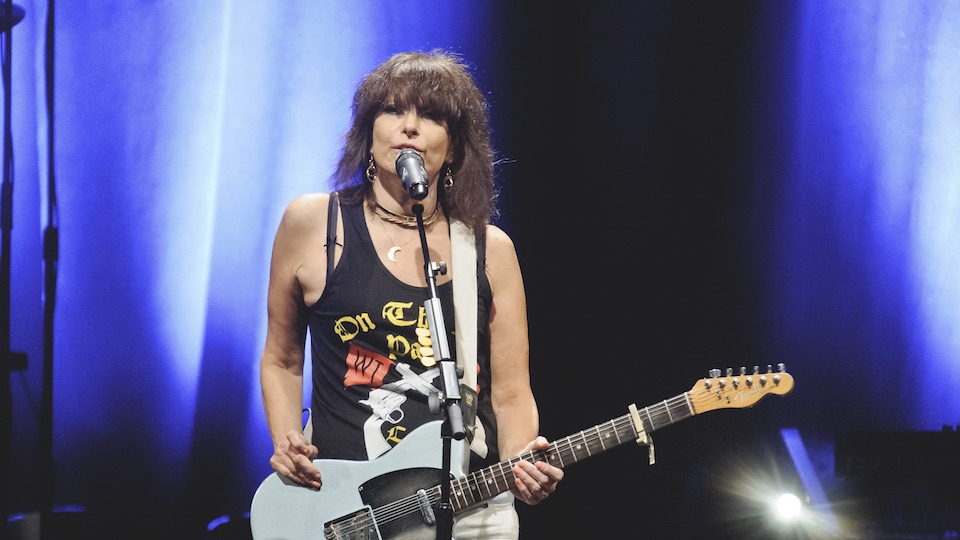 Ever since the Pretenders’ explosive debut in 1980, Chrissie Hynde has let it be known that she has zero f***s to give. She combines rock/punk defiance, with in-your-face lyrics and a voice that can both challenge you – and break your heart. A few years back, she released an album of jazz-infused cover songs, Valve Bone Woe. The album features Hynde’s take on songs by Frank Sinatra, Charles Mingus, Nick Drake, and more. In an interview about this covers project, Hynde has said, “I’m not hugely interested in branching out into other musical genres, being a devout rock singer and such, but jazz is something I grew up around (thanks to my bro) and I’ve always had a soft spot for it. I often bemoan what I regard as a decline in melody in popular music and I wanted to sing melodies.”

Over the Pretenders’ 10 studio albums (not to mention two live albums), Hynde has written plenty of memorable songs. But she’s also lent her voice to some great covers. Here are five cover songs by Chrissie Hynde and the Pretenders that are worth another listen (or three):

On their debut album (The Pretenders), Hynde covered a 1964 track by the Kinks. Ray Davies (who would later become her lover) had written it in response to a then-girlfriend upset by the Kinks’ sudden fame. His attitude is that the subject is a little annoying; Hynde’s take is much more sympathetic.

Hynde and company returned to the Ray Davies well on their second album. He wrote the song in 1965, yet never used it for the Kinks (a demo can be heard on a reissue of their Kinda Kinks album). Again, Hynde’s wistful voice wraps around this dreamy hangover of a tune like your favorite blanket.

The New York R&B group The Persuaders first released this hit in 1971. It’s since been covered by plenty of others, including Annie Lennox in 1995. The Pretenders took it on on their album Learning to Crawl, dipping it in Hynde’s bitter-honeyed voice. Their version includes Paul Carrack of Squeeze on backing vocals and keyboards.

Hynde tackled this acid-rock tune from Jimi Hendrix on Get Close. Hendrix wrote it for the album he was working on at the time of his death. It was finally released in 1971. The Pretenders’ ferocious take would no doubt please him.

Hynde’s rendition of this song by Meg Keene is guaranteed to bring a tear to the eye (well, at least it never fails to get me to choke up, just a little). Keene was a high-school friend of Hynde’s; the folky lyrics are a testament to the “eternal feminine” and a perfect balance to the harder-edged tracks the band is known for. It reached #8 on the UK charts. Ironically, the B-side to the single is the above-mentioned, “Room Full of Mirrors.”