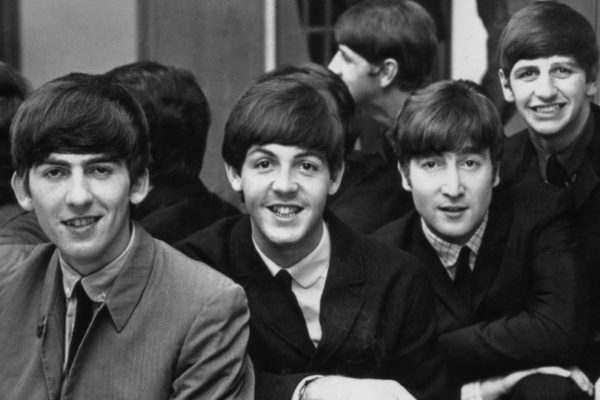 The canon of Beatles literature is gratifyingly extensive. Few bands have been so dissected in book form, from their days as callow Liverpool teens through the slow cranking of their legend, ground-breaking association, 1970 split, and subsequent years beyond. Among the better entries, each contribution burnishes the permanence of their legend in a unique way. Here are some worth tracking down for the Beatlemaniacs among you.

1. Bob Spitz’s The Beatles (2005)
An eloquently grand sweep of their shared career, this book is a must. At close to 1,000 pages, reams of information, analysis, fresh photos and history are provided. Though written with obvious affection, this unfettered portrayal also relates the flawed human side of these iconic individuals and the mixed blessing of fame is not downplayed. Typos notwithstanding, this is a thoroughly researched opus that shines a light on this miraculous foursome and their legacy.

2. Nicholas Schaffner’s The Beatles Forever (1977)
A delightfully quirky book that should be in every Beatles fancier’s collection. Published well before Lennon’s death, this one is an inadvertent time capsule. Filled with dense, witty copy and loaded up with black-and-white photos of the foursome as well as memorabilia and ephemera, Schaffner’s joy in the writing and warmth for his subject is palpable. Definitely of its time, The Beatles Forever pleases with worthwhile information and intriguing observations about their lyrics and movies alike.

[amazon template=right aligned image&asin=0062475487]3. Steve Turner’s Beatles ’66: The Revolutionary Year (2016)
Clocking in at a sizable 464 pages, this bio lasers in on just one year in the life of The Beatles, based on the hard-to-argue theory that 1966 was the turning point for the group. This is the year they ceased live performances, dove into the studio, and blazed their individual, spiritual, and artistic paths. Featuring a plethora of interviews and insightful delving into the group’s mindset as celebrity began to weigh more insidiously, the innovative month by month breakdown makes for a memorable overview. By highlighting the year they recorded Revolver, Turner has crafted a fine microcosm of their bigger history.

4. Philip Norman’s Shout! The Beatles in their Generation (1981)
With a subsequent 2005 edition that covers the ensuing decades, this one is considered by many to be the definitive Beatles bio. Perhaps so. Engagingly written by a true Beatle scholar who knows his history and makes no pretense of his personal preferences, Shout! is a vibrant opus, shot through with tragedy and humor. Author Norman’s favoritism for John Lennon is abundantly clear and seems petulantly unfair to the others. (Paul McCartney cheekily referred to this book as “Shite!”) But all readers can learn from this book without agreeing with Norman’s preferences. Just kick back and take in the well-researched details that occasionally deliver tabloid-worthy deliciousness.

5. Cynthia Lennon’s John (2005)
The second book written by John’s first wife, the late Cynthia Powell Lennon, John is a gripping and worthy addition to the John Lennon saga. Often viewed as quite the footnote in Lennon’s history, the early-on wife who lured him into marriage just as he was scaling the musical stratosphere, she actually has a fresh, unique take on John the troubled young man, flawed husband and somewhat absentee father. This could all be taken as sour grapes tabloid opportunism, but she transcends that with her plain-spoken, heartfelt approach. Cynthia Lennon’s lifelong love for John is abundantly clear and this book brings an honest, humane voice to their long and poignant association. She does not hold back on his flaws, but we all emerge with a better sense of the man, not merely the legend.

6. Paul du Noyer’s Conversations with McCartney (2015)
[amazon template=right aligned image&asin=1468313401] In a slight literary change of pace, this book of well-edited and often insightful interviews with McCartney veers away from the standard linear chronology. The free-standing chapters are wise, often whimsical narrative from McCartney himself, making for easy stop-and-start reading. The author is an undeniable fan-boy, which challenges some of the journalistic gravitas, but the words are Sir Paul’s; there is a lot to learn and enjoy about his take on music, relationships and life in the post-Beatle years. Though McCartney is known for his discretion and care in crafting his image, we learn more about the man through his own direct interviews. This is an edifying and rather heart-warming addition to the McCartney canon.

7. Olivia Harrison’s George Harrison: Living in the Material World (2011)
Penned by his widow, this love-labored reminiscence is an exquisite coffee-table book which covers the trajectory of George’s life from his scrappy early years onward, through intimate photos, Beatles lore, report cards, and letters. What comes through is a profound, witty man who wore the mantle of the “quiet Beatle” without affectation. Strangely absent are any allusions to his wife of nine years, Pattie Boyd. Some memoirs have room for only one widow perhaps.

8. Michael Seth Starr’s Ringo: With a Little Help (2015)
This is surely the most intricate and thorough bio of the Beatles’ drummer, who refers to himself humbly as “the luckiest man in show business.” But make no mistake; Ringo is a superb drummer in his own right, attested to by four other legendary drummers who are interviewed here: Phil Collins, John Densmore, Max Weinberg and Kenny Aronoff. The author — no relation despite the shared surname — follows Ringo’s arc from his humble upbringing up to international stardom. Ringo does not shy away from his frightening alcoholism (which yielded disturbing fights with his still-current wife Barbara Bach) and his ultimate grace as sober gentleman, musician and revered elder statesmen of rock. Ringo deserves his own tome, and gets it here in a redemptive story, well-told.

8 comments on “Since You’ve Already Heard The Beatles, Read Them”