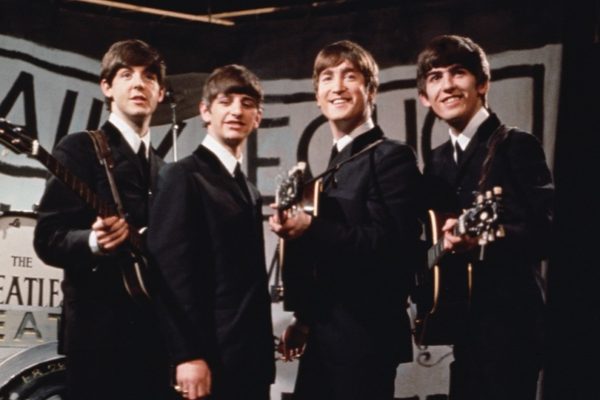 John Lennon and Paul McCartney didn’t read or write music, but they had excellent ears. They listened to music of all types — from the piano jazz of Fats Waller to the sweet crooning of Peggy Lee — and used elements of all this music in their own compositions. Often, this would lead Lennon and McCartney to stumble on chord sequences that hadn’t previously been used in Rock n’ Roll music but sounded great. One example occurs on their very first single. The flip side of the song “Love Me Do” was a latin-flavored number called “P.S. I Love You.” In “P.S. I Love You,” each verse concludes with a three-chord sequence that was miles away from the more “traditional” structure of early pop music. It’s called bVI-bVII-I (“flat six, flat seven, one”). It’s much easier to hear than to explain, as you’ll see in this video.

What’s so interesting about this sequence is that it quickly became a standard in numerous other pop songs. It is a defining chord sequence of heavy metal music. It’s been found in country music and soul. And it even helps bring a certain video game theme to life. So here’s a little tribute to the noble bVI-bVII-I, which is part of rock’s vocabulary thanks to The Beatles. If you like this sort of thing, you’ll really enjoy our “Deconstructing The Beatles” films, playing at theatres near you. Here’s the trailer for our latest…

3 comments on “The Surprising, Lasting Influence of “P.S. I Love You””