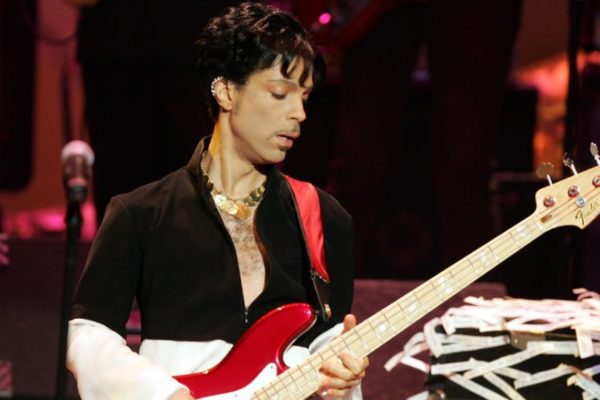 Hard to fathom as it may be, it’s been a year since the world was robbed of a musical genius with the untimely death of Prince. Over the course of his career — which was quite lengthy despite ending too soon — the wildly eclectic singer/songwriter/multi-instrumentalist followed his muse all over the map, sometimes at such a pace that it was tough to keep up with all his stylistic twists and turns. But since his passing, Prince lovers have been analyzing his oeuvre more than ever. And with more Prince clips appearing online than the notoriously controlling artist ever allowed during his lifetime, it’s a lot easier to parse Prince’s voluminous body of work and spotlight different sections of it. Towards that end, in honor of the first anniversary of his passing, let’s look in on some of Prince’s many musical personalities.

The Fusion Maven
Jazz fusion elements popped up on some of Prince’s most popular albums, most notably with the presence of legendary jazzer Clare Fischer’s arrangements on 1986’s Parade. But the following year, he inaugurated the Madhouse project, releasing two albums of funky instrumental fusion. The first was just Prince and sax man Eric Leeds, while the second included a few of Prince’s usual band members. If you want to go back to the beginnings of his abiding fusion fascination, though, check out a bootleg of fusion recordings he cut when he was just 19 years old.

The Joni Mitchell Lover
Joni Mitchell and Prince had a bit of a mutual admiration society going on, but The Purple One had been a big Joni fan at least since his teens. You can hear her influence come out in some of his own tunes, like “Sometimes It Snows In April.” But he was also known to pull out his version of Mitchell’s poignant ballad “A Case of You” from her 1971 milestone album, Blue.

The Classic Rock Guitar Hero
Prince could play just about anything, but he was probably most adept on guitar, and when he wanted to he could burn on the thing. Some of his more extended guitar solos have shown him to possess a level of mastery that puts him on a par with just about any of the usual litany of classic-rock guitar heroes, but it never became more obvious than when his fire-breathing fret work stole the show at a 2004 Rock and Roll Hall of Fame performance of The Beatles’ “While My Guitar Gently Weeps” alongside a cast of rock royalty including Tom Petty, Steve Winwood, and Jeff Lynne.

The Piano Man
Prince’s father, John Nelson, was a working jazz pianist who passed on much of his musical knowledge to his son, the pair’s fractious relationship notwithstanding. And though he didn’t display them that often, Prince’s jazz piano chops were such that he could casually call out a standard like “Summertime” at a soundcheck and let his fingers freely fly.

The Bluesman
Blues is the lingua franca shared by rock, jazz, and R&B, and as you might guess, Prince can play the hell out of it. When he’s feeling loose, there’s nothing he likes more than to dig into some blistering blues jams. And while he never cut a blues album, fan compilations like this one clearly indicate that he undoubtedly could have.

PS. For more on The Purple One, check out our posts The Book He Won’t Finish and Digging Deeper Into Prince’s Musical Legacy.

2 comments on “In Celebration of Prince’s Multiple Personalities”