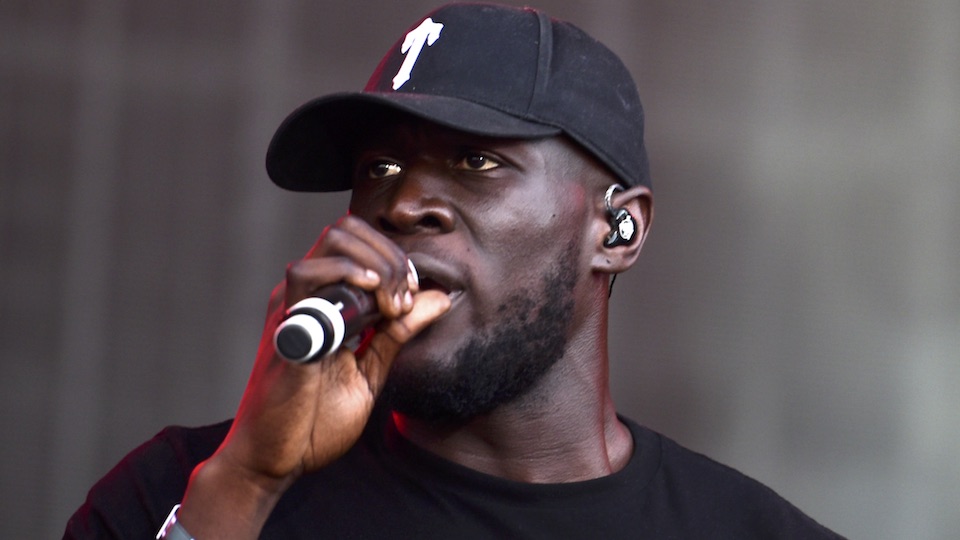 Since propelling to fame via his 2014 Wicked Skengman series of electronic beats, Stormzy has proven to be one of Britain’s most exciting new artists. A Grime pioneer, his debut album Gang Signs & Prayer (2017) boasted some of the most exciting examples of London Dance music. It presided on the Number One UK Albums Chart, amassing a healthy sale of 68,594 copies. It was followed by 2019’s Heavy Is the Head, a soul-fused effort that included collaborations with Ed Sheeran, Yebba, Burna Boy, Headie One and H.E.R.

It charted well, losing the top position to Sir Rod Stewart. Yet the album shows promise of a career focused on bringing truth to the masses. Never losing his eye on the Grime genre (a British form of dance music pioneered by Roll Deep, Wiley, and Dizzee Rascal), Heavy Is The Head also showcased the artist’s love for R&B singers Lauryn Hill and Frank Ocean.

Related: “How Rock Music Helped Bring Down the Berlin Wall”

“I’ve always had a sense of duty in my career” Stormzy admitted to GQ. “As much as I might be the artist up there, I’ve risen from a community. I’ve been championed by the public and by my people. Every time I’m on the stage like that it’s because of so many different people. Often in British culture, there has only been one or two or three black people in the spotlight at one time. But, nah, that’s over now. There are so many of us that the world should hear. So when I did that, I was just thinking that I need to let people know that it’s not just myself. It’s not just Stormzy…”

In the time-honored tradition of rising vocalists, Stormzy has shown support to the causes his country ignored. It’s hard to forget his February 2018 Brit Awards setlist, calling as he did to the perceived negligence then-Prime Minister Theresa May had shown to the Grenfell Tower Fire. He sang as a choir of voices on the Artists for Grenfell cover of “Bridge Over Troubled Water” in an effort to raise much-needed money for Towers’ families. The single is one of two UK number one hits to feature his voice, the other the jauntier “Vossi Bop” (2019). A triumphant success, Stormzy took to Twitter to inform many listeners that the misheard lyrics they echoed was incorrect. The commonly mistaken “my bruddas don’t die” was, in fact, the less morbid “don’t dab.”

And yet, for all his contemporary strengths, it was a stab at the “tried and tested” Glastonbury format that has proved his most outstanding memory. The first black solo artist to headline the famous event in its forty-nine-year history (and at twenty-five, the youngest after David Bowie), Stormzy strolled onto the 2019 Pyramid Stage with one of the most memorable performances in decades. It was political in nature, Stormzy dressed in a customized stab-proof vest tailored by famed graffiti artist Banksy. He was joined by Coldplay’s Chris Martin for a duet, duly backed by rappers Dave and Fredo. In its visual decor, the stage set brought many to realize the dangers that sit on the British streets. Academy-Award winner Adele was one of many to congratulate the fiery performer, while guitarist Ed Sheeran called him ” ..an inspiration to so many.” Furthering the set’s appeal, Grime specialist Tara Asher signed the performance to include deaf festival-goers in on the momentous event.

Set to play Los Angeles on 27th May, Stormzy’s world is turning with the wheels he’s helping to change. With an expansive wealth of material behind him and more in front of him, Glastonbury won’t be the only moment of glory for the Croydon-born performer.

Photo of Stormzy/July 2019 by Frank Schwichtenberg via Wikimedia Commons

0 comments on “Stormzy: Turning British Dance Music On Its Ear”