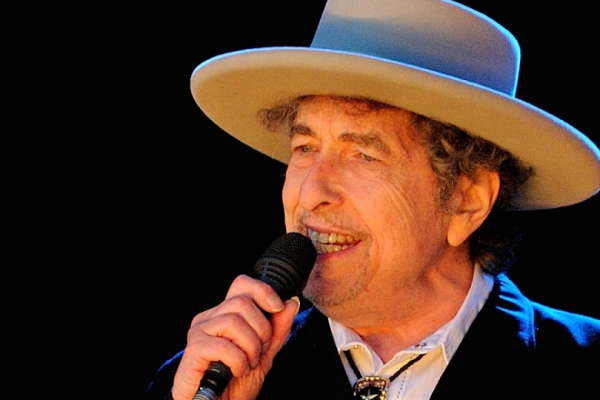 Many were surprised when Bob Dylan took home the Nobel Prize for Literature in October. Some authors took it in stride via the Twittersphere. (Salman Rushdie: “Dylan is the brilliant inheritor of the bardic tradition.”) Some did not. (Irvine Welsh: “an ill conceived nostalgia award wrenched from the rancid prostates of senile, gibbering hippies.”) Here at CultureSonar, we were pleased as punch. We’ve been celebrating his work as a singer, songwriter, and all-around inspiration for much of the last year and our readers have continually responded passionately about his work. (Like Rushdie and Welsh, sometimes for, sometimes against.) Here’s a look at four pieces we did in 2016 BEFORE he became a laureate.

1. Bob Dylan’s Rebirth: An Ode to His days with The Traveling Wilburys
An homage to Dylan’s supergroup with George Harrison, Jeff Lyne, Roy Orbison and Tom Petty.

2. Can We Talk About Dylan’s Voice?
Writer Ken Hymes makes a case for why the singer is awesome and crucial as a vocalist.

4. When Dylan Plugged in and Changed Everything (or Not)
Writer Larry Sapadin reflects on Elijah Wald’s book “Dylan Goes Electric!”

PS. Bob Dylan also took part in the boomer-targeted music festival Desert Trip earlier this year. Read about it in our post Not Bad for a Bunch of Old Guys. Plus, you may also enjoy our posts on some other artists/groups who inspire debate, including Van Morrison, Chicago, and Lou Reed.