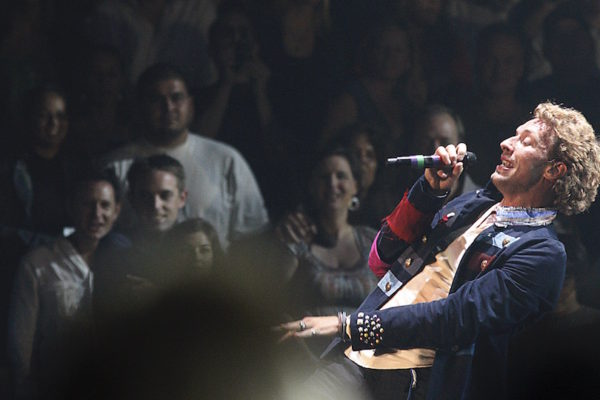 Coldplay has become an increasingly polarizing band but it’s worth remembering that before their collaborations with Avicii and Tove Lo, the group represented a very different brand of alternative rock — one that had successfully brought a broad commercial appeal to the scene. After gaining credibility in the early 2000s, the band found themselves at a crossroads in 2008. They knew they needed to step up their game (in light of the rather lackluster reception of X&Y) or they were destined for obscurity. With that in mind, Coldplay embarked on what ended up being their most ambitious and creative project yet: Viva La Vida.

The timing was fortuitous: the tides were shifting in 2008, as a surge of new indie rock groups such as Fleet Foxes, Vampire Weekend, and Ra Ra Riot provided alternative music with a fresh groove, one that was decidedly melodic and arguably more richly textured. Coldplay was aware of this recent progression as they constructed their own personalized studio, capitalized on this new wave of sound, and most importantly, recruited music producing legend Brian Eno.

Eno’s influence cannot be underestimated for Viva La Vida since his production approach helped tap into the group’s potential while basically scrapping their previous sound. Building on Coldplay’s natural ability for melodic music-making, Eno emboldened the group by implementing his trademark use of soundscapes and ambient texture; a move that proved infinitely more in sync with where alt-rock was going. The result was a sound that fit Coldplay so well that it seemed no one else could pull it off. In addition, Eno also established a ground rule for Viva La Vida to differentiate it from previous releases by the band: every composition had to sound different than the others.

Under Eno’s guidance, Coldplay began exploring expanded instrumentation, a variety of subgenres, and more challenging lyrics to complement their anthemic choruses and fervid hooks. Each song evoked a different aspect of humanity — ranging from love (“Lovers In Japan”) to war (“Death and All His Friends”) to politics (“Violet Hill”) to lust (“Yes”) to loss (“Viva La Vida”) to innocence (“Strawberry Swing”). Bolstered by a series of creative music videos (and costumes inspired by Victor Hugo’s Les Miserables), Viva La Vida was released to largely positive reviews and even larger profits. But then things started to change.

The problem may be as simple as the “once innovative” becoming a “frequent formula” further complicated by the nuances of a fast-changing music scene. Whatever the cause, Coldplay’s highly anticipated follow-up felt largely like a skewed attempt to recreate the magic instead of to make something new. Mylo Xyloto isn’t a weak album per se, but with its foundation of synthesizers, dance beats, and a Rihanna duet, many felt that Coldplay had somehow forsaken the integrative creative edge that had made Viva La Vida so distinct. By following the trends of the current synth-infused indie scene, Mylo Xyloto more or less transformed Coldplay from commercial-friendly alternative rock to full-blown pop, which garnered a bit of resentment from multiple camps. Pitchfork summed it up perfectly by noting that Mylo Xyloto saw Coldplay “explore the tension of wanting to be one of the best bands in the world and having to settle for being one of the biggest.”

Will Coldplay ever attain the glories of Viva La Vida again? The group has hinted that their latest release, A Head Full of Dreams, may very well be their last, and with that have cemented their legacy. Perhaps one last go-for-broke, no holds barred effort will propel them to greater risks and heights. (One last call to Brian Eno couldn’t hurt either…) Regardless, in retrospect, Viva La Vida truly does stand as one of the most unique alt-rock offerings of the 21st century. That album still holds up in our ever-changing musical climate, even all the while marking a pivotal turning point in popular music history.