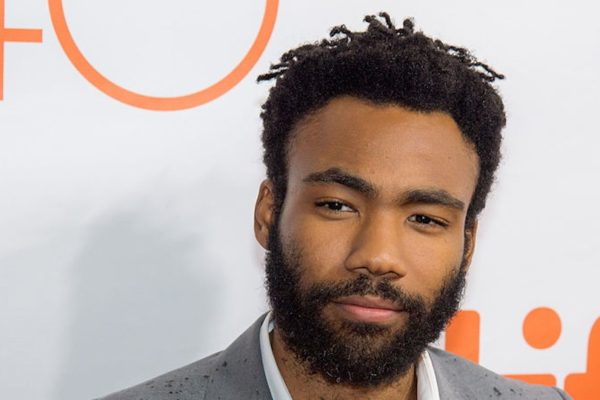 With the passing of James Brown, the multi-talented Donald Glover may very well be known as the hardest working man in show business. If you can sing it, write it, joke about it, or look good wearing it, he’s done it, and done it to critical acclaim. He’s the type you want to hate until you consider his insane work ethic and how genuinely interesting his body of work is. Let’s take a brief stroll through the career of Donald Glover. No matter what your tastes are, he’s got something in here you’re going to dig, including his new show Atlanta.

Derrick Comedy (sketch comedy)
Glover got his start at NYU. As part of this student sketch group, he caught the burgeoning wave of Internet comedy just as it was breaking into big time. A mix of raunch and social satire, Derrick Comedy may seem lo-fi now – some sketches were shot in dorm rooms! – but the spark of genius is evident. No shock this scrappy start led to bigger and better things.

30 Rock (writing)
Thanks to a teacher who had the ear of Tina Fey, Glover was hired to write for NBC sitcom 30 Rock while still at NYU. “I literally had my RA pager go off the first day of work,” he told New York magazine in 2009. Over three seasons, he won a Writers Guild Award, and made a name for himself as a unique voice in the comedy world.

Community (acting)
While most writers would cutoff their left arm for a gig on 30 Rock, Glover left for a chance to step in front of the camera, (specifically, the role of Troy Barnes on Community). Glover’s role was originally a typical jock, but thanks to the comic’s quirky sensibility – and chemistry with costar Danny Pudi – the part evolved into a codependent man-child with a love of crappy movies and sci-fi.

Male Model
Now the star of a beloved sitcom, Glover found himself getting opportunities far from the comedy geek community he started in. An unlikely sex symbol, he starred in a campaign for Gap, helping to make nerd the new sexy. And if that isn’t enough, he also uses this as an opportunity to promote a charity. Cute and a big heart? Win!

Weirdo (stand-up)
Of course, the restless Glover couldn’t be content with all this success. While stand-up performers can spend years building an hour long set, Glover did it in just a few years. Mining his unusual childhood in a house full of foster kids and Jehovah’s Witnesses, and his unique style of stardom, Glover plays it high and low, grossing us out before hitting us with astute social criticism. But it’s his story of taking a blood oath to cover up pooping in a Home Depot that makes his storytelling stand out.

Childish Gambino (rapping/singing)
Using a name derived from an online Wu Tang name generator, Glover started slinging rhymes on the 2008 independent album Sick Boi. His latest, Because the Internet, is an unusual concept album released alongside an online screenplay and a short film. It also shows off his ongoing growth in mic skills and songwriting. Frankly, the whole of his rap career is worth a listen, but Because the Internet is Glover throwing down the Gambino gauntlet.

Atlanta (everything)
What may go down as his masterpiece, Atlanta is Glover bringing together all the disparate parts of his unusual career. Glover serves as writer, director, music coordinator and star of this FX sitcom about two cousins navigating the often-surreal Atlanta rap scene. But the show doesn’t just mix comedy and drama in equal parts; it also aspires to Lynchian whimsy. There’s nothing else like it on television, and so far, it’s earned a 100% score on Rotten Tomatoes.

Spider-Man (and Star Wars?)
After being the focal point of an online campaign to have him cast as Spider-Man, Glover’s signed on for a mystery part in the upcoming Spider-Man: Homecoming. Also, if Internet rumors are to be believed, he may be playing a young Lando Calrissian in Disney’s new Han Solo movie. Not bad for a comedy geek from Stone Mountain, Georgia.

0 comments on “Donald Glover: What Can’t the Star of “Atlanta” Do?”