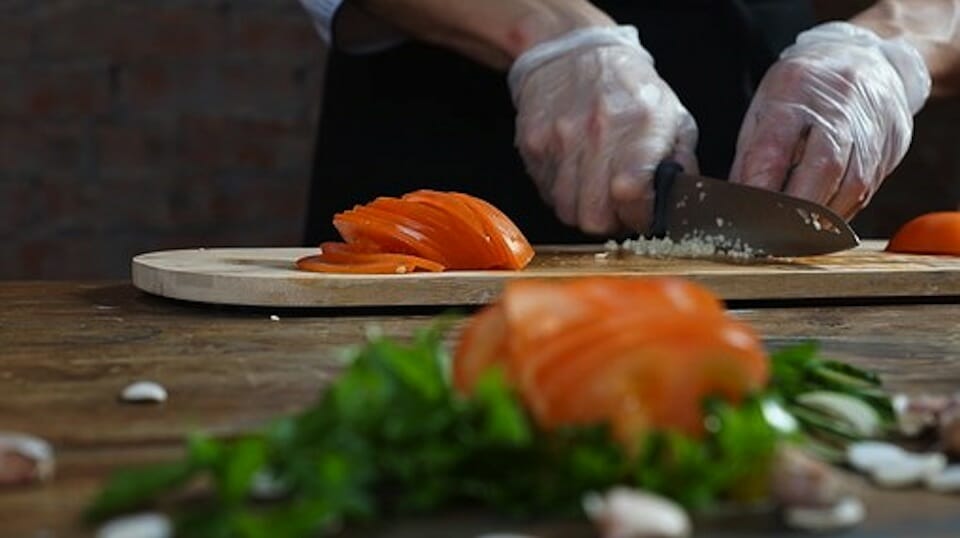 This week’s radio segment focuses on some great food documentaries. You can listen here, or read on… Among a million other things, Jiro Ono will notice if a customer is left-handed, and seat him or her accordingly at one of the 10 seats of his three-Michelin-star sushi restaurant. He’s devoted every waking moment of his 85 years to the quest for perfect sushi. Just ask his wife, who never sees him.

Jacquy Pfeiffer, founder of The French Pastry School in Chicago, subjects himself to insane pressure, and more than a little humiliation, as he competes against 15 of France’s leading pastry chefs, hoping to earn the blue-white-and-red collar that would signify him as an official Best Craftsman in France. The crazy, complex, ornate pastries these chefs create are more like Jenga puzzles than desserts. When one falls to pieces, so does its creator.

Brian McClintic, Ian Cauble, Dustin Wilson, and Dlynn Proctor are four young men who have forsaken their family and friends – and invested a small fortune in wine — to master the fiendishly difficult exam that will certify them as master sommeliers. Almost no one passes.

Every one of these folks lives for food and drink. They’re obsessed. And they’re also the subject of three superb documentaries: Jiro Dreams of Sushi, Kings of Pastry and Somm.

Each of these terrific films tackle seemingly-familiar stories and inject them with deeper meaning.

For sure, there’s a high price to pay to be this good, but the results can be inspiring.

And speaking of devotion, let’s now talk about maybe the best food program ever: Chef’s Table on Netflix.

But it’s the chef’s personalities that you’ll remember even more than the food.

When he says “Every time I open a cheese, I get emotional. In my blood, there’s balsamic vinegar. My muscles are made by Parmigiano” Italy’s Massimo Bottura isn’t really kidding.

His New York counterpart Dan Barber thinks often of the price of this obsession, of, as he says, “being attracted to a certain kind of abuse. It’s exhilarating, and the challenge is: How much of it can you stand? Is that the way to live a happy life? I don’t have the answer.”

Chicago’s Grant Achatz makes balloons out of sugar, puts his entrees on aroma-filled pillows and turns tables into a canvas, literally painting them with ingredients. And, oh yeah, he managed to survive – get this – tongue cancer. What could possibly be more frightening for a chef? All along, his maniacal devotion to experimentation and excellence keeps driving him.

The same can be said for every chef in the series. They’re from all over the world, but they all have this same obsession in common.

Filmmaker David Gelb, who also directed Jiro Dreams of Sushi, explained his vision in an interview with Eater.com, when he said “All food shows today have a host. Our show doesn’t have a host. People kept telling me that there needed to be a unified host, but I believed that the chefs could tell their own story.”

He also said “It’s about people who dared to follow their vision regardless of what critics were telling them and just relentlessly pursuing it until they found their audience. I think that’s inspiring for anybody who endeavors to do something creative.”

In 1985, umami was officially added as the 5th basic sense of taste, for flavors that are “pleasantly savory.”

These documentaries all suggest there is a sixth sense of taste. It’s hard to come by, but every bit as real as the other five:

Let’s call it the infusion of love, passion and life experience into the food, and when it’s present, you can absolutely taste it.

Check out these films, and you’ll see what we mean.

0 comments on “Where Food Meets Obsession and Obsession Meets Art”