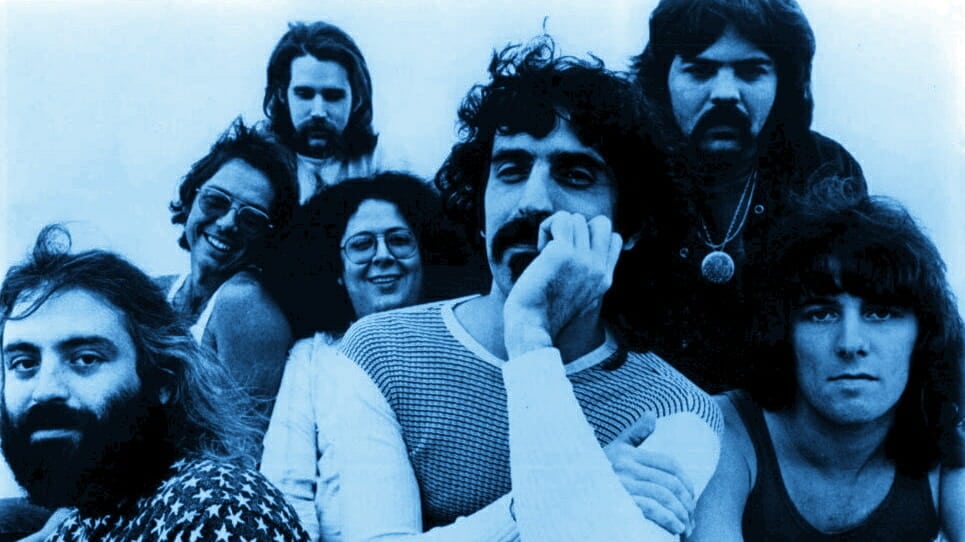 Love him or hate him, no one can deny that Frank Zappa was one of the most interesting and complex musicians to grace our planet. Rock and Roll Hall-of-Famer, enemy of the Parents Music Resource Center, monster guitarist, respected composer, stern bandleader, avant-garde filmmaker — Frank Zappa was all of this and more. In the recently released documentary Eat That Question: Frank Zappa In His Own Words, director Thorsten Schütte attempts to give some insight into this multi-faceted man.

In Schütte’s first film for the big screen, the director adopts a technique that was also used by Stevan Riley in his recent documentary Listen To Me Marlon — letting the subject of the film narrate his own biography.  In Eat That Question, Schütte combines numerous interviews that Zappa gave throughout his career with news footage and excerpts from concert performances.  Trying to do this for a man who produced 100 albums in his life, not to mention enough additional music to keep the Zappa Family Trust releasing material for years to come, is difficult, to say the least.  The result is a documentary that hits the highlights without giving much insight into the man or his music.

For those unfamiliar with Zappa’s story, the greatest biographical “hits” are all there. Zappa committing to becoming a classical composer after hearing Varèse’s Ionisation. A teenage Zappa playing the bicycle for a remarkably civil Steve Allen. Zappa’s first group, The Mothers of Invention, displaying some of their gross out humor. Zappa testifying in front of Congress to stop warning labels from being placed on albums. Zappa watching the Ensemble Modern perform his intricate and elaborate classical compositions.

Unfortunately, the gaps between these events are unexplored. There are no insights into his transition from classical composer to rock star. Nothing about being pushed off the stage by a fan, an accident that damaged Zappa’s vocal cords and nearly killed him. And barely anything about the formation and dissolution of his various bands, his musical influences, his guitar playing, his films and film scoring, or the incredibly interesting compositional methods he used to create his music.

Zappa was never an easy interview subject. He always appeared ill-at-ease, and he usually was. It is amusing to watch Zappa try and respond seriously to the inane questions of some of the interviewers. In fact, Zappa rarely smiles — except when he’s on stage. One exception, and one of the highlights of the movie (and his life), is his response to the heroic welcome he receives when he visits the newly free Czechoslovakia at the invitation of Václav Havel. Amazed at the reception, he jokingly tells the crowd that most Americans have never even heard his music while in Czechoslovakia he is treated like a national treasure.

There are several snippets of concert performances that are exciting to watch, as well as a clip of Zappa explaining the workings of the Synclavier, the instrument on which he composed much of his later music. I especially enjoyed seeing Ruth Underwood, who played the mallets for Zappa for ten years, execute a blindingly fast xylophone passage without breaking a sweat. Yet, much of the footage is available elsewhere. In addition to the aforementioned bicycle performance and Zappa’s testimony in front of the PMRC, the movie includes Zappa’s appearance on Crossfire and a Today Show interview in 1993 shortly before Zappa’s death from prostate cancer, all of which can be easily found on YouTube.

For those who are looking for an overview of Zappa’s life, Eat That Question does the trick. For those who want to dive deeper (and you should), I highly recommend Barry Miles’ Zappa: A Biography.

0 comments on “Frank Zappa in His Own Words”