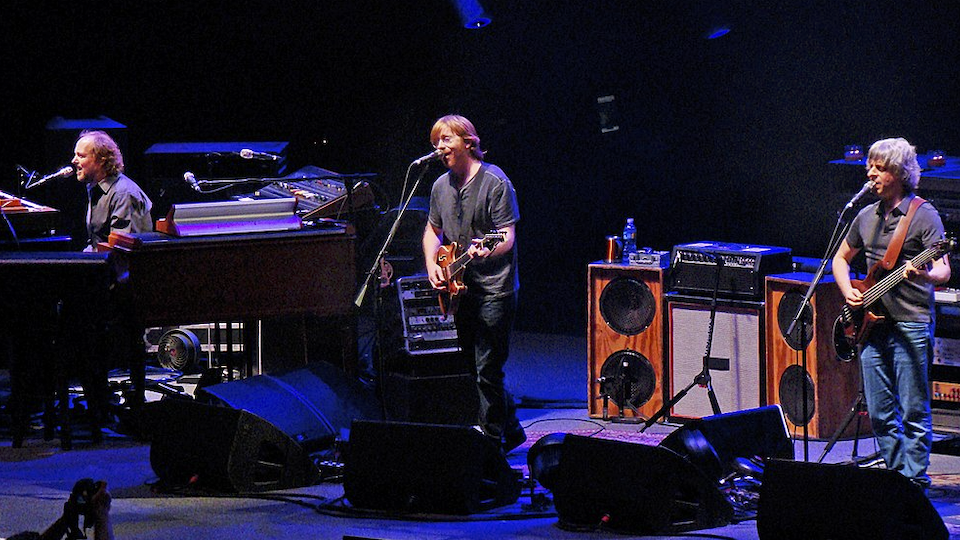 Among many recent court rulings was one decision buried deep in The New York Times Magazine which will directly impact music lovers for years to come. According to Judge John Hodgeman, Phish fans may now annoy us with impunity.

The Judge, a self-appointed advice columnist, bluntly declared “every wife owes her husband one Phish show.” But it won’t stop there. An admittedly liberal interpretation of this ruling opens the floodgates to allow Phish “phans” to coerce, cajole, pressure, and persuade. Millions of mainstream spouses mourned the decision, feeling trapped between rage and resignation.

If the road to hell is paved with good intentions, the soundtrack is Phish. Specifically a used CD of a live concert, probably that one from Brooklyn, which is actually really good, if you’d just give it a chance!

Since liking Phish is now deemed socially acceptable—a day many assumed would never come—let’s get our nomenclature straight. Lovers of the band Phish are not to be called Phish Heads. I don’t know why. It seems a perfectly good riff on the Grateful Dead’s “Dead Heads,” but for some reason, this is offensive. Phish devotees prefer to be called “phans.” And yes, you need to think about the silent ph when you say it. This is the new rule of law.

Statistically speaking, it is likely you have a friend who is also. It is a given that they really want you to like Phish, too. It is important to learn the warning signs. This “friend” is most likely a male acquaintance you met in a parking lot. They typically appear easygoing and affable but may become quickly enraged by criticism of their favorite band. Further warning signs include smiling and wearing tie-dyes. If you can picture a friend who matches this description, it may already be too late.

It is important to know that “phans” have superpowers. They are notably immune to sarcasm. Example: If a phan invites you to a Phish show, do not respond “Sure Kyle, that sounds like fun. Why wouldn’t I want to listen to a four-hour jam session?” This will be construed as a verbal contract by Kyle, and next thing you know you’ll be standing in a hay field in Vermont.

Another superpower is that Phans are impervious to logic. DO NOT ATTEMPT LOGIC ON A PHAN. Here are some common logical based arguments that will be easily defeated:

You: Phish jam too long. I don’t enjoy that.

Phan: Their studio recordings have no jams. Keep listening

You: Their songs aren’t very catchy

Phan: They grow on you. Keep listening.

You: Their music is not my style.

You: I don’t really have the time, money, energy for this.

Phan: You can’t afford not to go. Keep listening

There’s only one effective argument to get yourself out of a Phish show. Allow me to present the magic words…

Case closed. One might think this is an easily countered argument. But here is where their case starts to crumble. Because while technically true that you may not need drugs to enjoy Phish, in practice almost no one does. Most phans will thus begin mumbling to themselves before wandering away in search of convenience store snacks. There can be no answer and no further argument.

But be warned, they will be back. Because another superpower of your phan friend is short-term memory loss.

3 comments on “Is It Now Cool to Love Phish?”