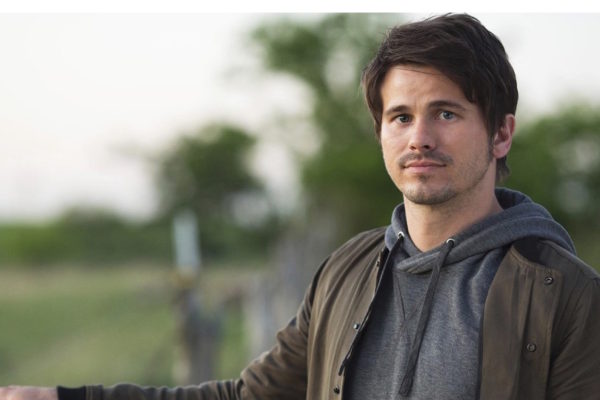 Whimsical stories with a spiritual angle are often a hard sell on television. There have been a couple of clever attempts, like creator Bryan Fuller’s Pushing Daisies and Wonderfalls. (Both were short-lived; both earned cult followings.) Now ABC has taken another swing at the genre, with the fantasy-hued drama Kevin (Probably) Saves The World. Jason Ritter stars as the title character, who returns to his hometown after a failed suicide attempt and moves in with his sister and her daughter. While checking out a meteor shower, Kevin touches one of the fallen rocks, and gets zapped. What follows is a revelation courtesy of Yvette, a heavenly messenger who tells Kevin that he has a divine mission to help people having problems in their lives. In short, she tells him he’s one of 36 righteous souls destined to save the world.

But there’s a problem or two with this newly found mission. Kevin hasn’t exactly been the selfless type. And the help that he’s supposed to give is never quite what he expects. Time and again, Kevin doesn’t quite understand what the universe requires and while he struggles to figure it out, he can’t tell anyone about his sacred mandate. (Yvette, who’s invisible to everyone else, has made that quite clear to him.) This leads to conflict with his family and friends who grow concerned that he’s acting more than a bit off the wall.

So, Kevin has to learn how to deal with the ramifications of his new life’s purpose, and along the way heal the wounds caused during his more selfish days. Part of that involves being there for his sister Amy (Joanna Garcia Swisher) who’s dealing with the loss of her husband. Part entails bonding with his niece Reese (Chloe East) who resents the fact that he’s never been around for her and mom. To say that she’s a little suspicious of Kevin’s new “good guy” persona would be an understatement.

As for Yvette (Kimberly Hebert Gregory), she’s got issues of her own, since the other 35 righteous souls who should be saving the world have somehow disappeared. Her own quest to find out what happened is one of the series’ ongoing mysteries. Which means Kevin needs more allies than just his heavenly guide. (Please don’t call her an angel.) He finds them in people like his high school buddy Tyler (Dustin Ybarra) and Kristin (India de Beaufort), a former flame from his college days.

Created by Michele Fazekas and Tara Butters, the series works largely because of Jason Ritter’s charisma and the feel-good nature of the stories. The characters are relatable and likable, and the series never hits you over the head with its morality. First and foremost, it entertains. The show is firmly rooted in the TV fantasy tradition exemplified by series like Joan of Arcadia and there’s a hint of Touched by an Angel. (Interesting side note: Ritter played the older brother of Amber Tamblyn’s title character in the former series.) Ultimately, if you’re partial to televised parables with a spiritual bent, Kevin Probably Saves The World is more than worth your time. Besides, just like Kevin, can’t we all use more kindness and positivity in our lives nowadays?

PS. He’s saving the world in a very different way. Plus, a look at the TV superheroes who’ve always come to the rescue.

0 comments on ““Kevin (Probably) Saves The World” Is Improbably Good”