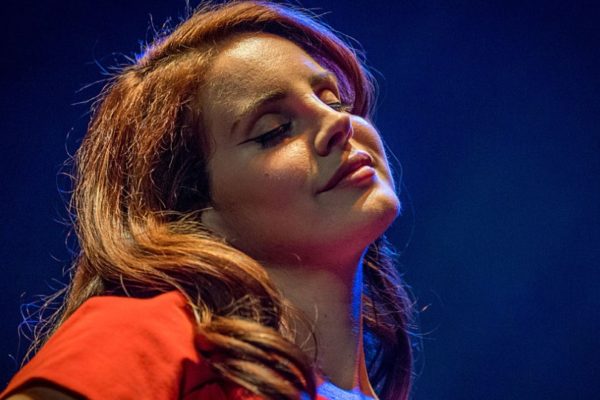 The biggest debate of 2012 regarding Lana Del Rey was whether she was or wasn’t a manufactured artist. Her nearly-overnight rise to success generated by a self-uploaded song and YouTube video (“Video Games”) aligned Lana with the indie/DIY camps at first, but then the release of that single as well as the Born to Die album on a big-budget label told a different story. A disastrous SNL performance didn’t help matters, only giving more fuel to those who felt betrayed by her. In retrospect this all feels rather silly: good music is simply good music, and has the power to transcend such classifications. It seemed that too many people were preoccupied with putting a label on her and in the process forgot to judge a really solid album on its own merits. Born to Die mixed sprawling string arrangements with hard-hitting hip-hop beats to a unique effect, and also shaped Lana’s persona: romantic, dramatic, and with values and looks taken straight from the 1950s/’60s American world. Or, in her own words, “a self-styled gangsta Nancy Sinatra.”

The only thing that still wasn’t up to par was her voice — the bubblegum Barbie-girl delivery she adopted on many songs there is not bad by any means, but rather unrepresentative of the power and depth she would acquire two years later on Ultraviolence. Her sophomore major-label album saw Lana truly coming into her prime and proving that her initial success was not just a fluke. Take a song like “Shades of Cool” and listen to how her voice goes all the way up in the chorus, with the strings rising up together with it and eventually culminating in a psychedelic guitar solo — the effect is simply otherworldly. The album is full of moments like that, and that is in no small part due to the Black Keys’ Dan Auerbach serving as the main producer. Gone are the attempts at being upbeat and catchy; Ultraviolence instead focuses on creating dreamy, atmospheric soundscapes for Lana’s imagery to come alive on top of. But there’s still enough dynamism and addictive melodies as to never really become boring. An ideal balance, if you ask me.

Did I mention the dreamy atmospheres? Because 2015’s follow-up Honeymoon took that even one step further. This is the album that found Lana at her most cinematic, with baroque and jazz-influenced arrangements that just unfolded before your eyes. Arguably the album’s highlight, “Terrence Loves You” starts off as a heartbreak ballad set over a jazzy background and then, in an unexpected bridge, becomes a direct David Bowie tribute: “Trying to transmit, can you hear me? / Ground control to Major Tom.” What exactly does the lyric mean in this context is open to interpretation. Lana never shied away from openly wearing her influences on her sleeve, with another great example coming in “The Blackest Day”: “Ever since my baby went away, it’s been the blackest day / All I hear is Billie Holiday.” And another in the Nina Simone cover that so gracefully closes another successful chapter in her discography.

If none of her albums as of 2017 appealed to you, I doubt Lust for Life will change your mind. It’s not that Lana doesn’t try new things on her latest release — it is, after all, the album with no less than five featured guests for an artist who’s accustomed her fans with always going solo. And the two great lead singles (“Love” and the title track) show a newfound optimism and celebration of life in Lana’s lyrics, as does her smiling face on the album cover. But all in all, Lust for Life still maintains all the things that made her great in the first place, with an inclination towards the hip-hop beats that had been missing for a while. “I made my first four albums for me, but this one is for my fans and about where I hope we are all headed,” she is quoted as saying and it is indeed very welcomed by us. Let’s just hope she keeps this pace up in the years to come.

PS. You may also enjoy our posts 3 Hip-Hop Artists That Keep It Vital and Top 5 Kanye West Albums.