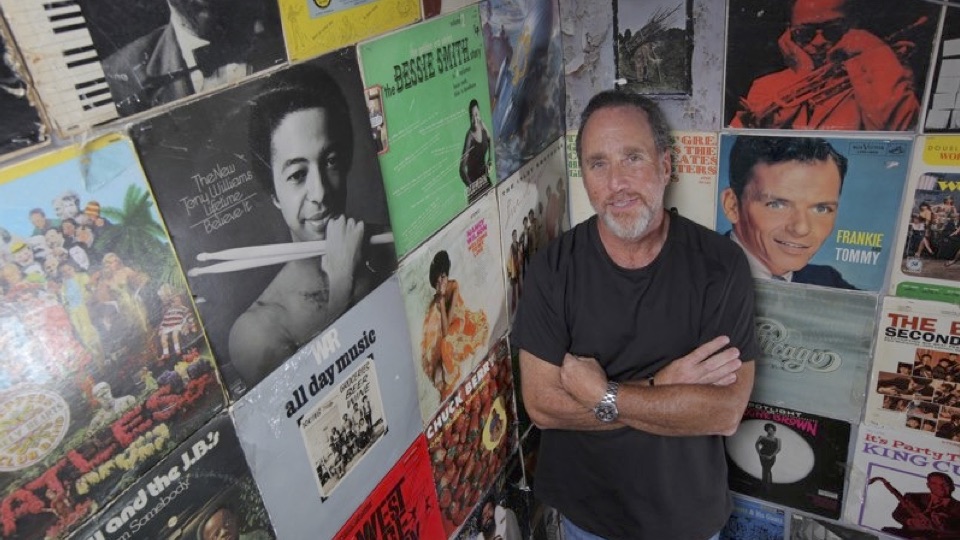 For 64 years, Colony Records was THE fixture for musicians in New York City. From Broadway singers to rock stars, established jazz musicians to up-and-comers, the store (first located at Broadway and 52nd Street, then later in the famed Brill Building) was a must-stop destination. Keeping a “night owl” schedule, the store was open almost 24/7. The staff was famous for their deep knowledge. For those reasons, you never knew who might be standing next to you, going through sheet music or albums. Richard Turk spent decades helming Colony Records until it closed in 2012. He’s met everyone, seen pretty much everything. CultureSonar is thrilled to share some of the moments from his rich history.

“I never had the pleasure of actually meeting Keith Richards….but when I picked up his autobiography, Life, I was pleasantly surprised when he mentioned the store.

In Chapter 5 of his book, he talked about his first visit to Colony. Let me paraphrase:

‘The first times the Stones went to America, we felt we’d died and gone to heaven. It was the summer of ’64. Everybody had their own little thing about America…The first thing I did was visit Colony Records and buy every Lenny Bruce album I could find…’

Keith and Lenny Bruce? It’s certainly not the first thing you’d think of related to Keith. Since so many of the “British Invasion” groups of that time were influenced by American artists going to the UK, I assume someone in one of those camps must’ve played a Lenny album for him. Just a hunch.

The other members of the Stones used to frequent the store, too. Charlie Watts spent a lot of time going through our jazz records. Mick and Bianca often stopped in late at night.

Related: “Life In the ‘Colony’: The Night Jimi Hendrix Sold Me His Turntable”

This was one of the great things about Colony Records: we stocked everything, so you were pretty sure to find whatever you were looking for, from comedy albums to opera, rock, the latest pop hits and everything else. If you weren’t quite sure what you wanted or couldn’t remember the name of the group or the tune, our staff was famous for directing you to something(s) sure to suit. That was our stock-in-trade. That’s our legend.

So thanks, Keith, for stopping in and cleaning us out of Lenny Bruce albums. If Colony Records helped refine your ability to tell a filthy joke, happy to oblige.

By the way, this early photo of the Stones was taken by a well-known New York photographer who went by the name of “Popsie.” He used to be Benny Goodman’s manager (and Benny was a Colony regular, too).”

1 comment on “Life In the “Colony”: Keith Richards and Comedy Records”