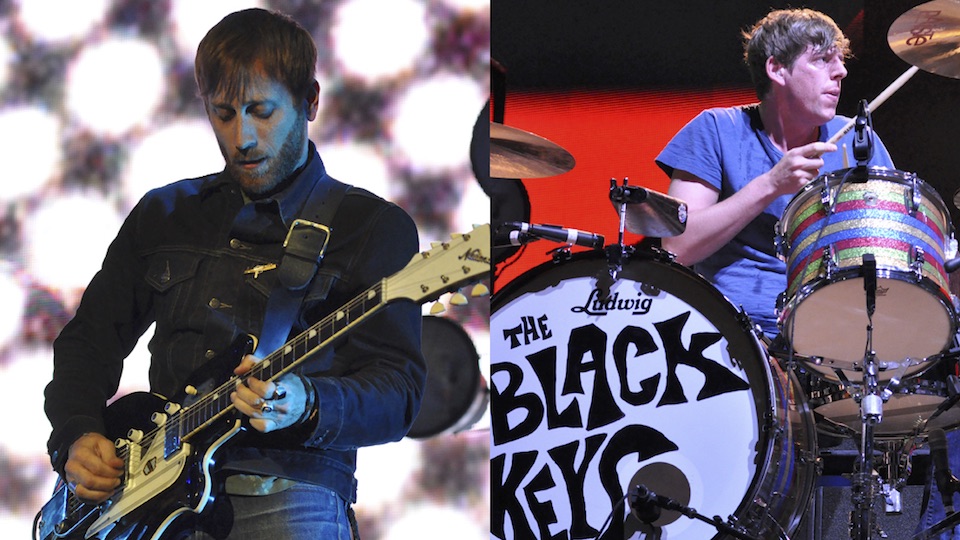 You may recall that the Black Keys’ breakout album was El Camino (2011). In reality by that time they had been cranking out solid music since their debut album The Big Come Up (2002). That first album was a chocked to the brim fuzz-guitar bluesy tunes and even a gritty cover of “She Said She Said”, originally by the Beatles. The LP was a stripped-down, perform it and record it sort of affair. It included blues covers with the requisite slide guitar.

Through Thickfreakness (2003), Rubber Factory (2004), Chulahoma and Magic Potion (both 2006) and Attack and Release (2008), the duo was noticed but not commercially successful. Their style is simple garage rock; heavy on drums and distorted guitar. Eventually, it was the LP Brothers (2010) and the songs “Howlin’ for You” and “Tighten Up” when people took notice, winning them a Grammy for the latter.

Before we move along, let’s keep in mind that technically The Black Keys is two people: Dan Auerbach on guitar and vocals, and Patrick Carney on drums. Hence those instruments form the basis of many of their tunes. Based out of Akron, Ohio (birthplace of Devo, Stutter and James Ingram) the duo has been friends since early childhood, though there was strife and a near breakup when Carney divorced in 2009. In 2010, Auerbach and Carney moved to Nashville, opened a studio, enlisted some assistance from Danger Mouse and Mark Neill, and began to find commercial success. In 2010, they were named Artist of the Year by Spin magazine. Throughout the 2010s, the group continued to experience so much success that their constant recording and touring resulted in near-total exhaustion; they ended up canceling many of their shows near the end of their tour. The Black Keys released the album Turn Blue in 2015, another collaboration with Danger Mouse. An ensuing tour was cut short when Carney broke his shoulder during a swimming accident. For this and a variety of other reasons, The Black Keys then went on hiatus in 2015.

And so here we are nearly five years later with their ninth studio album, Let’s Rock. In this case, they chose to eschew assistance from Danger Mouse and instead self-produce. The result is a tour of musical styles, at least compared to previous Black Keys’ albums. To quote “Stefon” from SNL, “this LP has everything!” You want chunky guitar riffs, check out “Under the Gun”, a tune that Foo Fighters could release without much ado, or “Lo/Hi”, with a Mark Knopfler “Money for Nothing” style riff backing a perhaps-Jimmy Page style solo. Have a hankering for 1970s style acoustic guitar accompanied bass lines? Then queue up “Sit Around and Miss You”, which sounds like a marriage of something from Stealer’s Wheel, CCR or even Glenn Frey in his Eagles days. Listen to “Shine a Little Light”, which could have been a later John Lennon release with the requisite super-reverby vocals and a punchy chorus.

For this album, the duo’s writing process involved spending an hour on each song idea presented by each member. If after 60 minutes they decide there’s something workable there, they keep the song and move on to the next. Allegedly they wrote around 27 song ideas for Let’s Rock. The only collaborations were with a pair of female backing vocalists (Leisa Hans and Ashley Wilcoxson) on a couple of cuts.

Related: “Life In the ‘Colony’: Keith Richards and Comedy Records”

The first single “Lo/Hi” was quickly licensed by 2019 NCAA’s Men’s Basketball tournament. The single made history as it topped Billboard’s Mainstream Rock, Adult Alternative Songs, Rock Airplay, and Alternative Songs at the same time. Interesting trivia, the album was named after the alleged last words of Edmund Zagorski, who was executed in Tennessee in the electric chair in November 2018.

Critics have given the album a lukewarm reception mainly because it attempts so many musical styles. In essence, true Black Keys fans lament that it’s not the distorted guitar anthems like “Lonely Boy.” On the other hand, it speaks to the great technical skills of the duo. It’s definitely entertaining and well produced – and it makes it clear that the Black Keys are back.

Photo of the Black Keys:Wikimedia

0 comments on “The Black Keys Have A Command: “Let’s Rock””