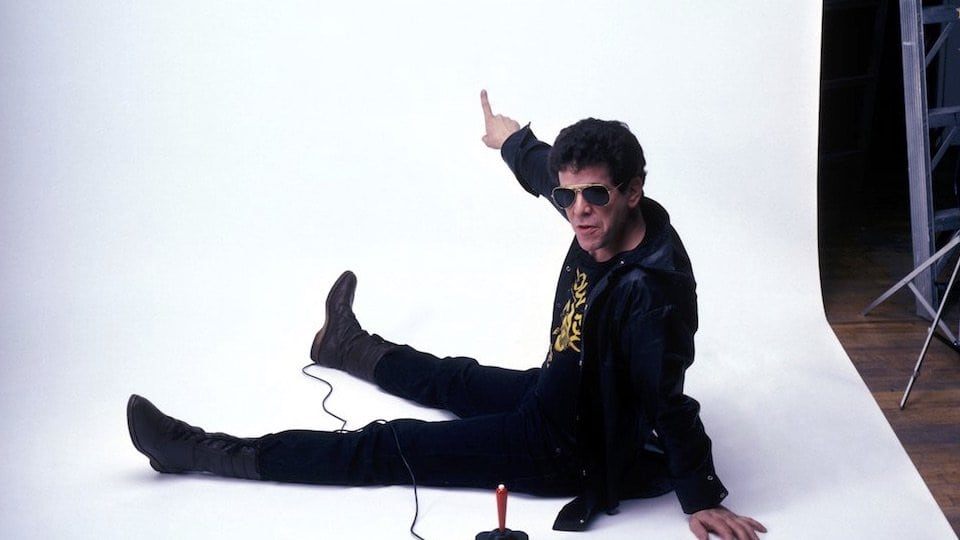 The Rock Snob’s Dictionary defines the word “seminal” as: “Catchall adjective employed by rock writers to describe any group or artist in on a trend too early to sell any records.”  One reason rock critics like that word so much is that it allows them the chance to emphasize “ends” over “means.” There’s no need to make actual value judgments about an artist’s work (such as Lou Reed’s) when they can simply point to a lack of appreciation by the public, then use that to imply “value” (or a lack thereof).

There’s arguably no group who fits this mold more perfectly than the aforementioned Lou Reed and the Velvet Underground, the quintessential example of a band whose record sales have been eclipsed by their retrospective acclaim. As Brian Eno — another artist whose stature exceeds his popular success — said of the first VU album’s poor sales in the early days, “I think everyone who bought one of those 30,000 copies started a band.” Though the VU doesn’t get their own entry in The Rock Snob’s Dictionary, they at least rate a mention in the book’s list of the Godfathers of Punk.

For many listeners, the group is virtually synonymous with singer-songwriter Lou Reed. For his part, Reed has probably sold too many records to be considered “seminal,” solely on the basis of his solo work. With consistency having never been a defining trait of his solo work, wild swings in quality from one album to another are among the most distinctive chapters in his body of work. One imagines they were also among the most confounding for critics.

This is especially true of his mid-‘80s output, which makes a compelling case that there’s no stage more difficult for an influential artist than middle age. Caught between Lou Reed, the legend, and Reed, the elder statesman (neither the leading edge nor an institution) New Sensations (1984) and Mistrial (1986) represent an attempt to age gracefully. Since this was the last thing most interested observers expected from him, fans and critics alike were unsure what to make of it.

The assessment was almost certainly complicated by the particular pop-culture environment of the time. Reed was by no means the only iconic figure facing some form of this dilemma in the 1980s, a decade that found most of rock’s key figures struggling commercially and/or artistically. Even his friend David Bowie was suffering, though, his magnificent performance at Live Aid and epic title song for the movie Absolute Beginners obscured the truth until at least the year after Mistrial’s release.

Reed’s renaissance came sooner than those of his peers. By May of 1988, he had started recording New York, the first in a string of albums that stand as his most consistent since the Velvet Underground. New York‘s immediate predecessors, however, largely became footnotes in Reed’s career. Since that early-‘90s revival, songs from New Sensations and Mistrial have been decidedly rare on compilations of his work, which is unfortunate because neither album deserves to be written out of Reed’s story. Uneven as they are — and the prevalence of drum-machines does Mistrial in particular no favors — both albums are agreeable collections of songs.

Amusingly, the song that seems to have stood out the most from this time is also one of the slightest. With its circular lyrics and groove to match — not to mention a video in rotation in MTV — “I Love You, Suzanne” was about the closest Reed had gotten to a hit song since “Transformer.” Some might be tempted to suggest the song was unrepresentative of his work, but doing so would require ignoring previous pieces of whimsy like “A Gift” from Coney Island Baby, which is simply not a sensible option. Anyone who listened to that album’s title song (not to mention the first Velvet Underground album) could tell that Reed had a sensitive streak, but lighter moments were much less common.

New Sensations and Mistrial are lighter albums in general. Neither is intrinsically humorous, though there are flashes of humor (and even joy) throughout both. Whether celebrating the joys of a Martin Scorsese picture or disparaging a mother’s new boyfriend, the records are at their best when Reed isn’t taking himself too seriously.

Conversely, the albums are weakest when straining to prove their relevance. “Video Violence” and “The Original Wrapper” (both from Mistrial) are empirical evidence that Reed’s social conscience preceded New York or even the 1986 Amnesty International Conspiracy of Hope tour, but they struggle to make their case. Both songs feel forced — musically and lyrically — and suffer in comparison to similar songs from New York such as “Good Evening Mr. Waldheim.”

The song that comes closest to synthesizing the various sides of Reed’s personality is Mistrial‘s closing song, “Tell It to Your Heart.” The knack for a telling detail, the ability to be sweet with getting saccharine and a concrete sense of place are all there in this lovely ballad.

The song lilts its way to a twist ending — one that won’t be spoiled here — demonstrating an insight into the human condition that’s been a constant in Reed’s work since those early songs with the Velvet Underground. Even if the journey is crazy, love remains a worthwhile destination. If that seems like an unusual sentiment for one of the Godfathers of Punk, it’s probably what Reed himself would have wanted. He clearly liked to keep people guessing.

1 comment on “Lou Reed’s Walk on the Mild Side”