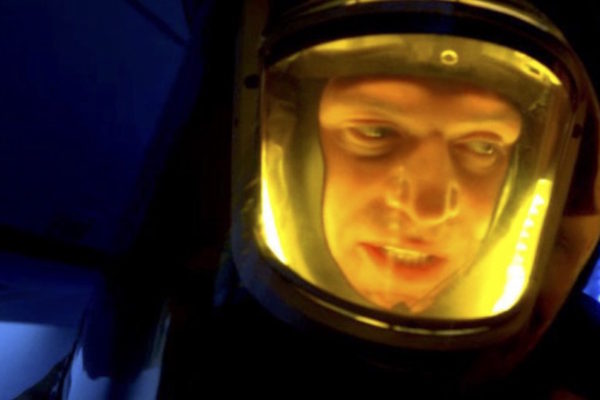 There have been many, many versions of the vampire myth in literature, film, and television over the years. Even so, acclaimed writer-director Guillermo del Toro (along with co-author Chuck Hogan) came up with a truly unique take on the undead for a bestselling trilogy of novels dating back to 2009. The Strain, the TV series adaptation of those very books, recently ended its four-season run on FX and it’s an enjoyably binge-worthy series that’s perfectly suited to Halloween. (Please note that The Strain Seasons 1 through 3 are now streaming on Hulu while Season 4 is currently streaming on FXNetworks.com.)

The story begins with a 747 touching down at NYC’s Kennedy Airport. Most of the passengers and crew are dead. The few survivors appear to be suffering from a mysterious disease. A team from the CDC, headed by Dr. Ephraim Goodweather (House of Cards’ Corey Stoll), is called in to investigate. What he finds are symptoms reflecting all the signs of classic vampirism: a sensitivity to sunlight, a thirst for blood, etc. Naturally, an escalating epidemic ensues, as the contagion spreads via parasitic worms. Supernaturally, the plane also has a coffin-like box on board housing an ancient being called The Master, who has some diabolical “world takeover” plans. As most of New York becomes infected, local authorities try to restore order amid the now large number of vampire-like beings called strigoi.

Sadly, humans are at a disadvantage, because The Master shares a psychic connection with his minions. He’s also found a human collaborator in Eldritch Palmer (Jonathan Hyde), the chronically ailing head of a powerful corporation who’ll do anything for eternal life. As the battle in the five boroughs escalates, heroes emerge, including concentration camp survivor Abraham Setrakian (David Bradley) who’s battled The Master before; exterminator Vasiliy Fet (Kevin Durand) who sees vermin as vermin; and man-vamp hybrid Mr. Quinlan (Rupert Penry Jones) who’s actually the Master’s son. As you’d expect, the power balance shifts repeatedly, with the dramatic conclusion of Season 3 being especially memorable.

Given that this is a del Toro production, you can bet that the visuals are never anything less than stunning. (There’s easily over 100 people with credits for visual effects alone.) He’s also brought on some killer behind-the-scenes talent such as genre veteran Carlton Cuse (Lost and Bates Motel), Bradley Thompson (Star Trek: Deep Space Nine and the Battlestar Galactica reboot) and Gennifer Hutchison (Breaking Bad and Better Call Saul). The Strain may not have the celeb factor of American Horror Story or the unrelenting darkness of The Walking Dead, but the series is nevertheless a post-apocalyptic thriller that qualifies as perfect popcorn entertainment. When else are you going to eat all that Halloween candy?

PS. Since it’s that time of year, you may also enjoy our posts on Stan Against Evil, Penny Dreadful, and Bates Motel. Plus, check out our post Still Scary After All These Years: 5 Historic Horror TV Shows.

0 comments on ““The Strain”: FX’s Master Take on the Undead”