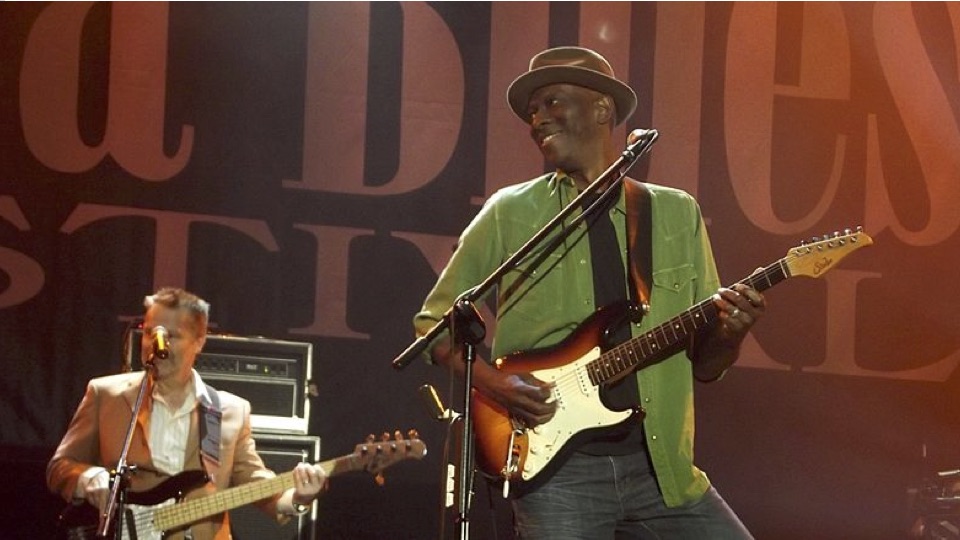 Keb’ Mo’s latest release is a holiday-themed album entitled, Moonlight, Mistletoe & You. His easy-going, affable style lends itself to the spirit of the holiday season so it’s no surprise that this is not his first try at a Christmas collection, having released the Spirit of the Holiday EP in 2011. What is surprising is that on Moonlight, Mistletoe & You, he delves into so many musical styles not usually associated with him, including pop standards, pushing the envelope on his blues styles, and even singing a mildly sarcastic number, lending a respite for those feeling overwhelmed by the onslaught of the holiday season.

The 10 track CD starts out with Charles Brown’s sophisticated blues classic, “Please Come Home Tonight,” featuring a warm, upbeat, organ-led arrangement. The title track follows, a romantic Christmas original with lush strings and sultry sax solo. It is followed by the “Better Everyday,” not specifically mentioning the Christmas season but promoting a message of positivity for the whole year, augmented by some feel-good Memphis-style horns. “Santa Claus, Santa Claus,” featuring a gritty attention-grabbing guitar solo, and “Merry Christmas, Merry Christmas”, are hard-edged blues songs that would sound at home in a Chicago blues bar, not surprising as “Merry Christmas, Merry Christmas” was written by Koko Taylor.

The next one “Christmas Is Annoying” is Keb’ Mo’ showing an uncharacteristically sarcastic side. Thank you, Keb’, for saying what nearly everyone feels at least once during the holiday season that seems to start earlier every year. He returns to his traditional good cheer paired with a great sounding Melissa Manchester, on Irving Berlin’s “I’ve Got My Love to Keep Me Warm,” a song that is perfect for a duet. “Santa Claus Blues” and “When The Children Sing” return to his acoustic roots, the latter written with Mac Davis and appropriately featuring children singing background. The last tune, “One More Year With You” laments the season’s end but looks forward to spending the new year with the one you love.

Related: “Merry Christmas from The Beatles”

While you are hosting a party, wrapping presents or kicking back with your favorite holiday libation and want something a little different than the usual holiday fare, but still in keeping with the spirit of the season, Moonlight, Mistletoe & You is a great choice.