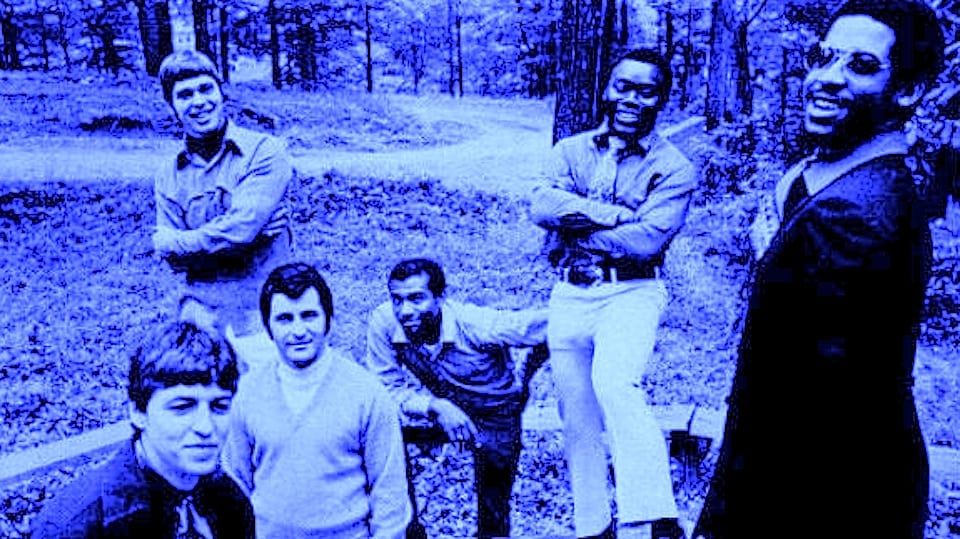 How many times have you heard a song that sounded both fresh yet oh-so-familiar? Sometimes, that familiarity is simply that the artists sampled part of an existing popular song. But there’s one track that sets the record for being the most sampled and it’s only 6 seconds in duration. This four-bar drum groove called the “Amen Break” from The Winstons’ “Amen, Brother” (1969) is an up-tempo take of Jester Hairston’s tune “Amen” from the Sidney Poitier movie Lillies of the Field (1963). The Winstons have actually never made any money from all the sampling — lead singer Richard L. Spencer has noted “It felt like plagiarism” — so lets at least have the decency to acknowledge the debt these ten different songs owe to this rich source material.

Ladies first! Cheryl “Salt” James and Sandra “Pepper” Denton winningly hip-hopped “Amen Break” into their album Hot, Cool and Vicious. With lyrics like “I’m lovable and huggable like Yogi the Bear,” this ditty recognizes the playful potential in its underlying percussion loop.

The title track on one of the most influential rap albums of all time features this drum track throughout. And the autobiographical lyrics — curse words and all, building on that beat — would solidify the star status of rappers Ice Cube, MC Ren, and Eazy-E for eternity.

The “Hippiapolis Mix” of this Janet Jackson classic replaces the simple original drum track with The Winston’s much funkier version. How powerful is the track? Well, a lot of the other background instrumentation is stripped away because when you’ve got “Amen Break,” you’ve got plenty.

You can always count on the Thin White Duke for reinvention: Here, he’s sped up the well-used sample then paired it with some deliberate keyboard chords. The song both predates and predicts Skrillex and Korn, and stands as proof that Bowie was always ahead of his time.

“The Best of Our David Bowie Coverage”

Yet another speedy version from the same year as Bowie’s “Little Wonder,” Trent Reznor then slows the beat down to a crawl right before the chorus, then drops it back into the background for parts of the chorus. Reznor could’ve called this tune “The Perfect Sample.”

There’s something particularly unique on this Gallagher brothers’ song. It’s not Liam’s twangy British vocals or Noel’s signature guitar noodling. It’s that the sample track is being duplicated live by drummer Tony McCarroll. No easy feat. Check out the video below.

Have you ever seen Chemical-X, Blossom, Bubbles and Buttercup fight the forces of evil in the city of Townsville? The frenetic track provides a nice background to an intro that includes flying around and pounding enemies, while still looking cute as can be.

I had to triple-check this one, but yes, below the clanging tubular bells is the “Amen, Brother” drum riff at near-normal- speed. Created by Christopher Tyng, this theme is a mix of futuristic synth effects that the producers had planned to remix for each episode. (That idea was dropped once everyone realized TV sets of the day wouldn’t register the changes.) Take note: The Winstons’ sample was dropped after Season 6.

Another theme, another use of the drum sample. This choppier version is layered with stabbing strings for a Conan-esque score that suggest an epic battle spanning the earth. Just like the show! Really, the percussion here is what keeps the theme light.

The punk(ish) band from Agoura Hills, California drops in this short little ditty which features a simple rap that eventually devolves into Chester Bennington shouting over power chords in hopes that you won’t ignore him. Well, one thing you can’t ignore is the catchy drum track by The Winstons.

Photo Credit: Public domain image of The Winstons circa 1969 courtesy of Wikipedia.

0 comments on “Get the Funk Out of Here: The Most Sampled Drum Track of all Time”