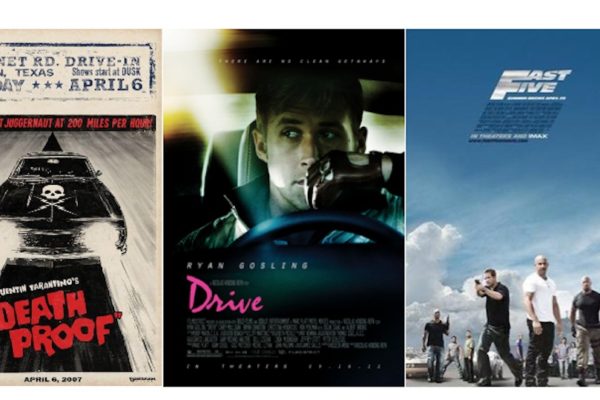 Having amassed over $4,000,000,000 at the box office, the Fast & Furious franchise is proof that car chases have a place in the new millennium. And while Vin Diesel and his adrenaline-addicted friends have definitely raised the stakes in terms of spectacle (they dropped cars out of an airplane for god’s sake), other movies are also putting the pedal to the metal to great effect. Great car chases didn’t end with Bullitt (1968) and The French Connection (1971). Far from it. In fact, here are 10 car chases of the 21st century that definitely are worthy of the checkered flag.

10. Bad Boys II (2003)
Before transforming cars into alien robots, Michael Bay transformed Will Smith and Martin Lawrence into action-comedy icons. The funny men fire off more than a few quips while cop-killing villains (in a car carrier) race across a Miami bridge. But the real “Bayhem” ensues when the crooks release their cargo and our witty detectives have to dodge a half-dozen tumbling cars (and a boat!). For no reason at all, everything explodes in the end in true Bay fashion.

9. Quantum of Solace (2008)
A Bond film wouldn’t be a Bond film without a car chase, and Quantum of Solace gets to it before the opening credits even roll. Chased by two black Alfa Romeos, Bond weaves his Aston Martin DBS through congested traffic on a two-lane road in Italy. Shifting gears with spy-like suaveness, 007 (Daniel Craig) must dodge machine-gun fire and execute a precision 180° spin, but in comparison to Roger Moore’s car turning into a submarine in The Spy Who Loved Me, this chase feels almost like brutal realism.

8. Bourne Identity (2002)
While every Bourne movie features a high-octane pursuit through a European city, nothing tops amnesiac Jason Bourne (Matt Damon) navigating a vintage Mini Cooper through the narrow roadways of Paris with Run Lola Run’s Franke Potente by his side. With both French police and the CIA closing in, The City of Lights becomes a maze of side streets and alleyways. The scene’s standout moment involves Bourne announcing “a bump coming up” seconds before he plunges down a steep flight of stairs.

6. Jack Reacher (2012)
Writer-director Christopher McQuarrie (who recently helmed Tom Cruise’s Mission Impossible franchise) directs a chase worthy of the beloved ‘70s muscle car movies. Confronted by cops, Cruise’s Reacher reverses his Chevelle into traffic, guns the V-8 engine, and leads a high-speed pursuit through Pittsburgh. Full of accidental sideswipes and unintentional spin-outs, the rough edges and close-calls add a rare authenticity. And like Steve McQueen in Bullitt, Cruise does all the impressive driving himself.

5. The Dark Knight (2008)
Christopher Nolan regularly puts together spectacular set-pieces. Case in point: While police escort Harvey Dent (Aaron Eckhart) to jail in an armored car, a bazooka-toting Joker (Heath Ledger) rolls up in an 18-wheeler with Batman (Christian Bale) not far behind. With Bat-gadgets galore, the scene climaxes in a stunning semi truck somersault executed for real on the streets of Chicago. Nolan’s reliance on practical effects, a courageous stunt crew, and Ledger’s spellbinding performance make this sequence Bat-tastic!

4. The Matrix Reloaded (2003)
Pursued by superhuman Agents and pasty ghost-twins with dreadlocks, Morpheus (Laurence Fishburne) and Trinity (Carrie-Anne Moss) take to the freeway to protect the Keymaker (Randall Duk Kim). The Wachowskis shot for 48 days on a custom-made freeway and this sequence packs enough slow-motion car-flips, gun battles, and leapfrogging-across-hoods to please any action-junkie. Highlights include Trinity on a Ducati motorcycle speeding against traffic, Morpheus slicing a Cadillac Escalade in half with a samurai sword, and two semis colliding head-on in “bullet-time.”

3. Death Proof (2007)
Referencing films like Vanishing Point, Two-Lane Blacktop, and Steven Spielberg’s Duel, Quentin Tarantino’s throwback serves as a vehicle for New Zealand stuntwoman Zoë Bell (Uma Thurman’s ass-kicking double in the Kill Bill series). The big showstopper features Bell strapped to the hood of a 1970 Dodge Challenger while a creepy, lady-killing Kurt Russell tries to run them off the road. Typical to Tarantino, the misogynistic baddie ultimately gets his ass handed to him. So satisfying.

2. Fast Five (2011)
Any of the Fast & Furious movies could’ve made this list, but there was only room for one. And while I love the Lykan Hypersport crashing through two skyscrapers in Furious 7, the car-on-yacht action of 2 Fast 2 Furious, and everything with the tank in Fast & Furious 6, nothing beats the novelty of Fast Five’s bank-vault scene. Helmed by Justin Lin, Five finds Dom (Vin Diesel), best bud Brian (the late Paul Walker), and the whole Furious family heisting $100 million from a ruthless drug lord. After ripping the entire vault out of the bank, the duo drag it with matching Dodge Charger SRT-8s through Rio, swinging it into cop cars and storefronts indiscriminately.

PS. It’s not exactly the same, but you may enjoy our post on video games with race cars. Plus, for great cars on TV, check out our post “The Grand Tour”: The Guys From “Top Gear” Are Back (With a Different Show).