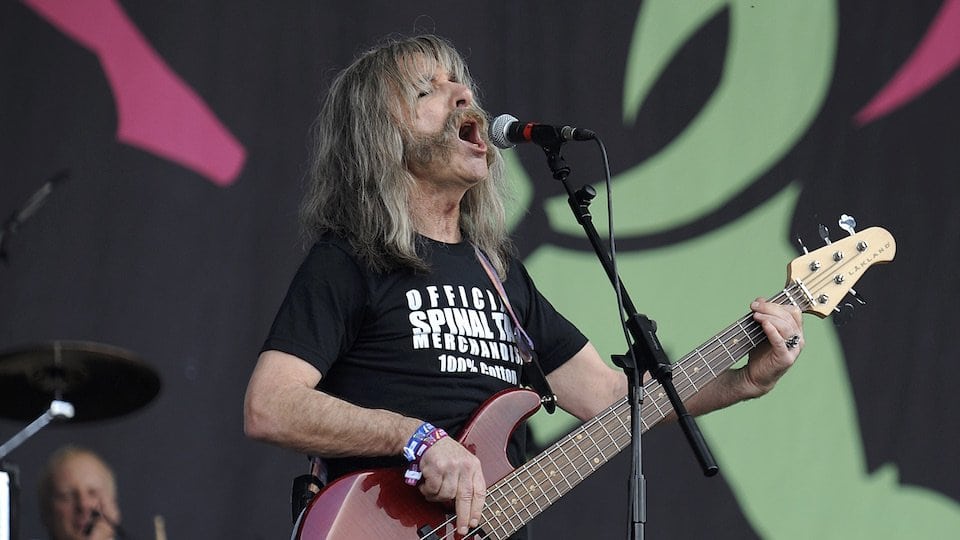 There are two reasons why This Is Spinal Tap, the 1984 mockumentary about a bumbling English rock band, remains so popular today. It was a painfully accurate satire about rock’s middle-aged descent from a countercultural rallying cry to cynical corporate industry. And yet, the fictional band’s music was also surprisingly good. Written and performed by principal actors Michael McKean, Christopher Guest and Harry Shearer, the satirical Tap songs have held up as well as — or better than — some of the “real” rock of ’84. As rock n’ roll enters its golden years struggling to maintain its dignity and relevance, it’s ripe for some satirical plucking. The time is right for Tap bassist (and Shearer’s alter-ego) Derek Albion Smalls, who on his debut solo album Smalls Change (Meditations Upon Ageing) provides a hard-rocking, hilarious look in the mirror at rock and its elder practitioners.

Smalls details the inconveniences of advanced age in songs such as “MRI” and “Rock and Roll Transplant,” and even speaks to his own compromised “honorable member” directly in “Memo to Willie.” There are multiple nods to his storied Tap past: He implores his fans to “Gimme Some More Money,” castigates his ex-manager in “Faith No More,” and on the majestic title track  declares that “lukewarm water still has to flow.” But at age 75, Smalls also remains fully committed to his alpha-male rockstar sensibilities. From the bassist who strolled through an airport with a cucumber stuffed down his trousers, we’d expect nothing less than the groupies-on-the-road celebration of “It Don’t Get Old,” the bitter sting of “She Puts the Bitch in Obituary,” and the raunchy poetry of “Gummin’ The Gash.” (Don’t ask.)

Naturally, Shearer-as-Smalls is in on the joke. Any “real” 75-year-old rocker singing a song about Satan’s hairpiece called “Hell Toupee” would be laughed out of the business. But Shearer continues to mine comedy gold from his legendary alter-ego, an artist who boldly and consistently crosses that fine line between stupid and clever.

Meanwhile, Smalls Change also happens to be a well-crafted rock record.  The songs rock hard, the songwriting craft is skillful, and there’s a slew of superstar guests all having tremendous fun playing their asses off. Paul Shaffer rips some killer rock n’ roll keys on “Gimme Some More Money,” and Snarky Puppy bassist Michael League joins Shearer/Smalls on the album’s grand finale, “When Men Did Rock.” Longtime Spinal Tap cohort CJ Vanston’s production is polished without being too slick and the soaring orchestral passages from the “Hungarian Studio Orchestra” are reminiscent of “Days of Future Past”-era Moody Blues, skillfully deployed to add the right amount of drama.

Spinal Tap’s true fans enjoy two things: the band’s music and a hearty laugh at the band members’ expense. Smalls Change succeeds mightily on both of these counts, and these days the world could use an epic rock n’ roll album that laughs at itself. Congratulations to Mr. Smalls on his first solo outing, and for continuing to fill a much-needed void. As Spinal Tap keyboardist Viv Savage once put it: “Have a good time… all the time.”