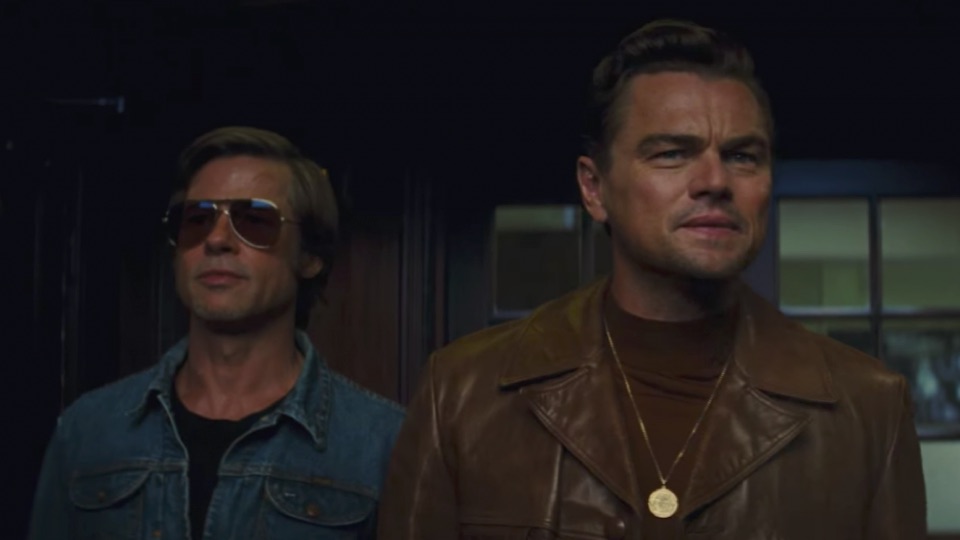 Quentin Tarantino is a filmmaker unlike any other – with a knack for full frames, gratuitous (yet wholly unique) violence and candid, incredibly complex situations that demand real storytelling chops. Luckily, Tarantino’s repertoire is so vast, he’s able to tap into his creative genius and pull a rabbit out of a hat. This is a cycle that repeats upon every new release. The same is true of Once Upon a Time in Hollywood, Tarantino’s ninth film, an elegy for Hollywood’s golden age.

Set in its waning years, this comedy-drama is both structurally unsound – by the director’s own intent – and exceedingly compelling. These dueling motives ensue for 161 minutes, with Hollywood’s elite – that is, Leonardo DiCaprio and Brad Pitt – channeling an aging actor and his trusty, acerbic stunt double, respectively.

The two make a fine team, but even stronger is the output from Tarantino’s crew. This includes cinematographer and frequent collaborator Robert Richardson, who brings 1960s California to life with style and precision, along with editor Fred Raskin, another Tarantino collaborator who knows how to condense the director’s creative will into a palatable two hours.

From the frames to Tarantino’s unquestionable wit, which shines through on almost every beat, this film is a fine example of original storytelling and an elegiac look at what once was – for better or worse.

The A-list-packed project begins in 1969, when Rick Dalton (DiCaprio), a former star of TV Westerns who’s failed to make the leap to film, struggles through pilot season while powering through one flask after the next in between takes. The actor, once beloved for his role in “Bounty Law,” has been typecast to play one-off villain roles in new programs. Even worse, his buddy and (former stunt double), Cliff Booth (Pitt), can’t get a gig, so is stuck driving the moderately egotistical TV star from set to set.

As Dalton lumbers from one small-time role to the next, Booth continues to prop him up, making repairs at his house near Beverly Hills and motivating him on a daily basis. For Booth, there is not much of an end-game; essentially he’s just along for the ride with his pit bull Brandy. But he is the film’s most compelling character – ditching his digs behind a drive-in movie theater to care for the washed-up actor.

For Dalton, there is no true redemption as he continues his descent into Hollywood’s lower echelon. Moving on from “Bounty Law” was the biggest setback of his career – in a time when American cinema was retiring its fascination with spaghetti Westerns and its studio contracts, to make way for a new era of art and direction.

Hollywood producer and Dalton’s agent, Marvin Schwarz (Al Pacino), attempts to right the ship by having Dalton become an “antihero,” or at least someone who’s not cast off after a show’s premiere. Another solution: Italian cinema. The Italians, Schwarz notes, are obsessed with America’s Wild West. For Dalton, it seems beneath his pay grade.

Nevertheless, after a stint on “Lancer” from Director Sam Wanamaker (Nicholas Hammond), Dalton acquiesces, shipping off to Rome for a steady paycheck – with Cliff in tow.

As for Cliff, his experience throughout 1969 is rather different. Aside from caring for Brandy, he’s also stumbled upon the old Spahn Ranch – a vast, deserted movie set where he and Dalton once filmed “Bounty Law.” The ranch has now been overrun by a group of devoted hippies – members of the Manson Family.

After a bizarre encounter on the ranch, Cliff appears to be free of the strange cult – that is until fate brings The Family back to Hollywood in Dalton’s post-Italy chapter.

Notice we’ve hardly mentioned Sharon Tate, the young actress who in real life was brutally murdered by followers of Charles Manson. Played nicely by Margot Robbie, she is simply a set piece for Tarantino – a minor character there to ground the narrative. Although she lives beside Dalton with her husband Roman Polanski, she hardly has a stake in Tarantino’s tale.

Nevertheless, fate brings the whole group together in an oddly enjoyable sequence with Pitt at the forefront. These events, set in early August, depart from reality but give Tarantino a unique path to bring his story full circle. While this ending highlights Tate’s irrelevance in the film, it is a bold finish for the arcs of Booth and Dalton.

In the past, viewers have seen Tarantino eliminate Hitler (Inglorious Basterds); they’ve seen him go from a full ensemble to a pool of blood inside Minnie’s Haberdashery (The Hateful Eight). To rewrite history or simply shock audiences is a tall order that can only be served up by a Tarantino-like figure.

Once Upon a Time in Hollywood may lack in narrative neatness, but Tarantino certainly excels behind the camera and in developing his two likable leading men. For those who don’t know his modus operandi by now, note that the events of his latest feature certainly fit the mold.

0 comments on “Once Upon a Time in Hollywood: A Worthy Exploration of ’60s Culture”