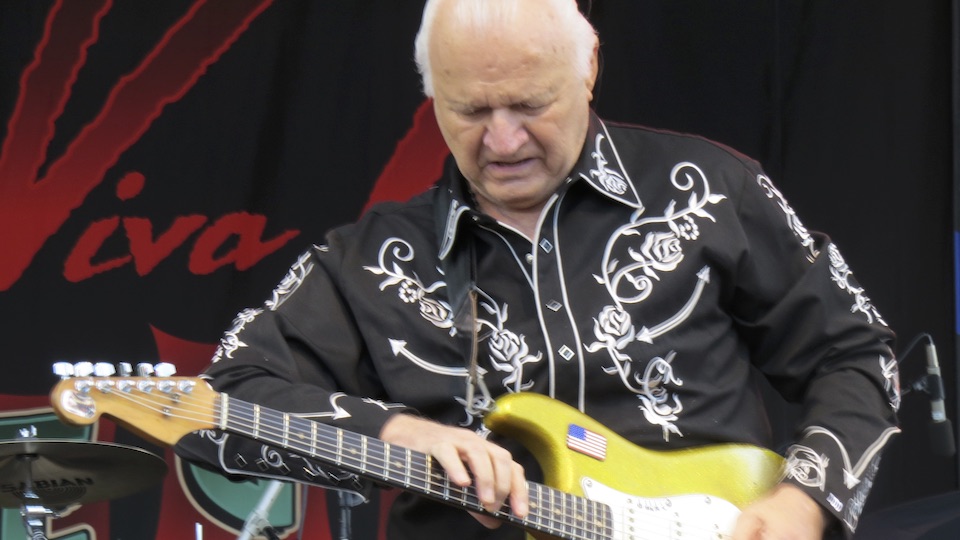 The shattering notes of 1962’s “Miserlou” opened the credits on Quentin Tarantino’s 1994 Pulp Fiction. If this was the only Dick Dale song you’ve ever heard, well, that would be enough to tell you about this groundbreaking guitarist.  And to make you fall in love with his ferocious, totally unique style.

We lost Dick Dale on March 16, 2019. He was 81 and, like a host of other rock music originators, he was playing his heart out up to the very end (sadly, in part, to pay for steep medical bills).

Dale was born Richard Monsour in 1937 (he got the “Dick Dale” name while playing in a country music bar). His family comprised many cultures: Polish, Belarus, Lebanese. The rhythms and scales of the Arabic music his father shared with him would particularly influence his sound later on.

When his family moved from Massachusetts to California, Dale fell in love with surfing. His passion for “catching a wave” was reflected in his music. He once said, “There was a tremendous amount of power I felt while surfing and that power was simply transferred to my guitar.”

The slashing, pulsating sound he created led to him being crowned “King of the Surf Guitar.”  The Beach Boys (and a host of other upcoming California bands) took notice.

Dale was forever interested in pushing the limits of his instruments: guitars, amps, whatever. Combining heavy-gauge strings and loud amplifiers, he created a sound built around “distortion,” one credited with planting the seeds for punk and heavy metal. His playing was so fierce that it was said that he melted (actually melted) guitar picks. He tested new equipment for Leo Fender who once noted, “When it can withstand the barrage of punishment from Dick Dale, then it’s fit for human consumption.” In tandem with Fender, Dale helped create the first 100-watt guitar amp.

Hey, it was about The Loud.

While the Surf Rock sound was drowned out after a few short years by the British Invasion, Dale’s music maintained (and continues to keep) a cult following.

His best tracks? Too many. But these two are key to his legend.

Dick Dale was a true American original, combining his family’s immigrant background with the all-American sport of California surfing, then turning it upside down. No one else sounds like him – or ever will. Even Jimi Hendrix once mentioned that if you had missed seeing Dick Dale live, you’d pretty much missed Surf Music altogether.

Thanks for the wild ride, Mr. Dale.  It was epic.