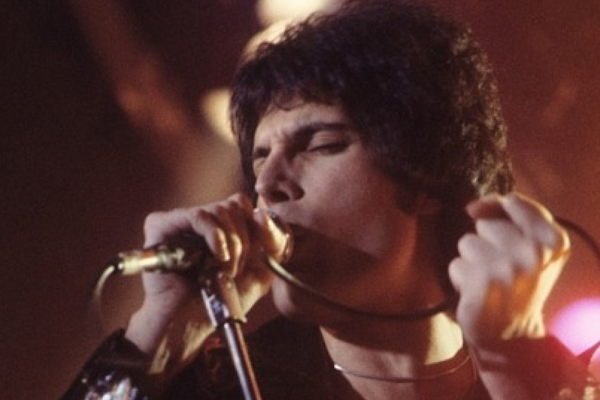 Freddie Mercury used to call his cats when he was on tour (yes, a human actually picked up the phone for them).

Neil Young brought his dog “Elvis” on the road and credits him with keeping him grounded during tough times. He even wrote a song about his loyal buddy (“Old King”) on his 1992 album, Harvest Moon.

At one point during his marriage to Cynthia, John Lennon owned ten cats.

Robert Plant honored his dog “Strider” with a line in Led Zeppelin’s song “Bron-Y-Aur-Stomp” (“There ain’t no companion like a blue-eyed Merle”).

When it comes to pets, rock stars are (as the tabloids say) “just like us!” They cherish their animal companions for the things we all appreciate: unconditional love, goofy antics, and a friend who never lets you down.

But animals have furry “fringe benefits” for our health.

Related: “Why Is Music Good for Your Brain?”

“If pet ownership was medication, it would be patented tomorrow.” – Edwin Creagan, oncologist, The Mayo Clinic

Petting a dog lowers your blood pressure. The purr of a cat is equally tranquilizing but reportedly can also help in healing broken bones. Pets are used in hospitals to help patients with depression, dementia symptoms, and the lessening of pain. And, as with their rock star owners, they’ve been assisting with our emotional health for years.

Florence Nightingale is considered a founder of modern Pet Therapy. During the 1860s, she noticed how well mentally-ill patients responded to the presence of animals. After World War II, the Red Cross brought dogs into military hospitals to help soldiers recovering from trauma. Animals are now a regular fixture in senior living facilities, nursing homes, hospice centers and more.

So how to explain the unique healing gifts of animals? Our friends at Healing Quest TV did some research into it – and it’s pretty amazing. Have a look — then give your favorite fur-kid an extra treat.