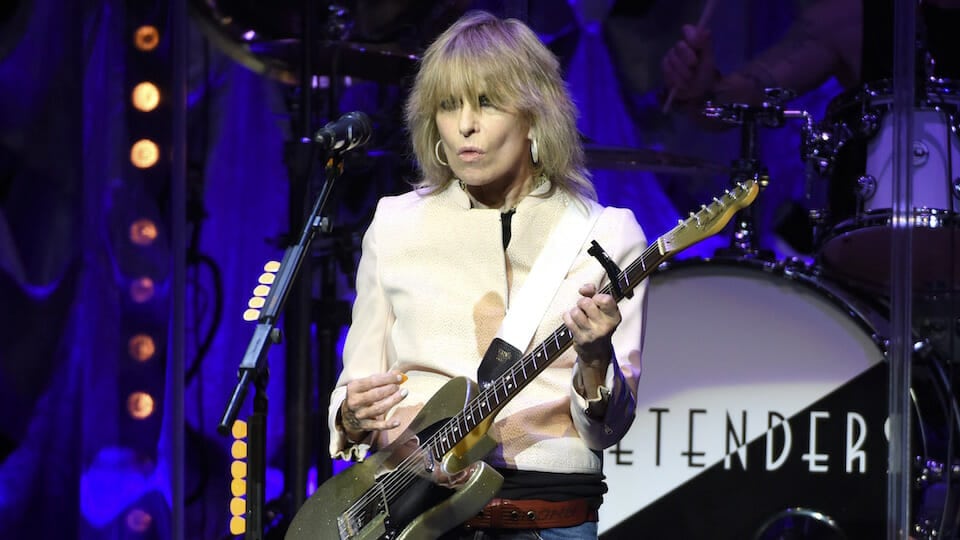 Any time you see a band or artist for which your fandom can be measured in decades play live, it’s natural to wonder whether they’ve still got it. That may not be the most rock n’ roll question, but it’s undeniably sensible. Rock music may not be “the sound of young America” the way it once was, but the association with youth remains indelible thanks in large measure to a certain Pete Townshend lyric. In any event, concert tickets are too pricey to throw money at someone who should have stopped a long time ago. As they’ve done with many aspects of rock music, Chrissie Hynde and the Pretenders give that question a good kicking on their current tour.

During their recent concert at the Filmore in Silver Spring, Maryland, founding members Chrissie Hynde and Martin Chambers and the rest of the group were everything you want a rock band to be. As forceful or as restrained as the music called for, they made songs from their first album as dynamic as they were nearly 40 years ago. More significantly, the setlist included material from seven of the band’s ten albums, making the performance as good a representation of the band’s work as 90 minutes could accommodate.

That included a significant portion of their latest album, 2016’s Alone. Where many established bands seem hesitant to spotlight new material, the Pretenders incorporated the more recent songs throughout the set, with the captivating “Let’s Get Lost” being one of the highlights. Likewise, “Down Wrong Way” from Chrissie Hynde’s 2014 solo album Stockholm felt perfectly at home, even as it reiterated the question of what distinguishes a solo album by Hynde from a Pretenders album.

As the lead singer, Hynde was always the focal point for audiences, but since the deaths of founding members Pete Farndon and James Honeyman-Scott — to whom she dedicated the song “Kid” — the Pretenders has clearly been her band. Beyond being the primary songwriter, she also dictates the band’s lineup, even firing original drummer Martin Chambers in the mid-‘80s and bringing him back several years later. If Chambers feels any lingering animosity from his dismissal, he clearly channels it into his performance. At age 66, he remains a formidable drummer, even injecting a sense of humor in the drum solo that led into an excellent version of “Middle of the Road.”

To the extent there was anything disappointing about the show, it could be encapsulated in the question “Did they play my favorite song?” If your favorite Pretenders song is “Talk of the Town” or “Sense of Purpose,” the unavoidable answer is “no.” While it’s hard not to feel something’s amiss in a setlist that passes over those songs in favor of “I’ll Stand by You,” it’s almost inevitable when seeing any veteran artist with a rich repertoire. It’s a testament to the Pretenders’ body of work that no single concert could encompass all their best songs.

Chrissie Hynde may not have written the book on rock music, but after 40 years she continues to write an excellent one. The quality of her current work and the energy she brings suggests she isn’t close to done. The band continues to tour in support of the album Alone, which is also available in a special edition that includes a disc of live performances from earlier in the tour. Tellingly, only nine of fifteen songs on that disc overlap with the other night’s show, further evidence of a tremendous body of work.

Photo: Chrissie Hynde of The Pretenders performs at The Masonic Auditorium on June 22, 2018, in San Francisco, California. (Photo by Tim Mosenfelder/Getty Images)