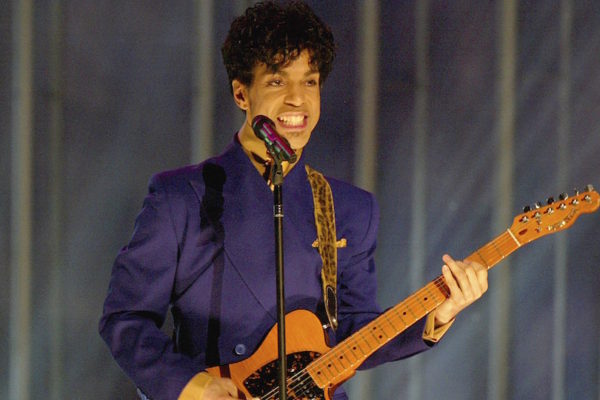 When Prince passed away suddenly in 2016 from an accidental Fentanyl drug overdose for chronic pain, millions of people around the world went into cold shock and immediate mourning. And as if news of his death wasn’t gut-punching enough, word soon spread of his having a vault which secretly housed decades of unheard recordings — yet no one knew the entry code.

Not long afterward, the vault had to be drilled open and although it had suffered water damage and mold, it did indeed contain an astounding number of unreleased recordings. Thousands, in fact. Experts calculated that the prolific artist left behind what could amount to 12 songs per album, every year for the next 100 years.

Siloed from the listening ears of the public no longer, the late artist’s estate, in conjunction with Warner Brothers Records and Tidal, has announced plans to release Originals. This 15-track album of previously unreleased recordings drops on June 7th, which would have been Prince’s 61st birthday. Most of the album’s songs are Prince’s versions of hits like “Nothing Compares 2 U,” “Manic Monday,” and “The Glamorous Life,” all written for and recorded by other artists. On June 21st, Warner Brothers is also set to release more songs sourced from the vault’s archives.

Shortly before his death, Prince was reportedly working on his memoir, had completed at least 50 handwritten pages and chosen New Yorker writer Dan Piepenbring as a collaborator. During a March 2016 appearance at a Manhattan nightclub, the famous Minneapolis native even told the audience that Random House made him an offer he could not refuse and promised the memoir would begin with his first memory and hopefully include a narrative on his electrifying, rain-soaked 2007 Super Bowl halftime performance. Regarded as one of the best Super Bowl halftime shows ever, few could forget how the skies, as if on cue, opened up as the polished performer sang “Purple Rain.” [Sadly, the NFL won’t let us show that footage — so here’s something as evocative, RIP, Prince.]

But now Prince Rogers Nelson was gone, so that ends that, right? After all, you need way more than 50 pages of jotted down memories, thoughts and ideas to publish a non-fiction book. Fans would just have to be content with the knowledge of him leaving behind enough music to outlive us all. Not so fast. As it turns out, the story ain’t over.

Publishing giant Random House recently announced that Prince’s memoir, The Beautiful Ones is scheduled for release on October 29, 2019. Interested readers can look forward to flipping through the 288-page book and find a rare scrapbook of personal photos, handwritten lyric sheets, including the original treatment for the iconic anthem “Purple Rain,” and Prince’s thoughts about life and work, and possibly a family genealogy.

With an introduction by Dan Piepenbring, the memoir is characterized as a deeply personal account of Prince’s life story before and after fame and fortune. According to Piepenbring, his essay broaches on Prince’s final days and book editor Chris Jackson calls the memoir “a beautiful tribute to his life.”

Through posthumously released melodies, Prince can continue to wow fans with his extraordinary talent. Through The Beautiful Ones, he gets to have the last word. Though the universe is void of Prince’s physical presence, we will be able to yet bask in purple splendor. Yes, even in remembrance of the beautiful ones we always seem to lose.

1 comment on “Purple Reigns: Prince Album and Memoir To Be Released”