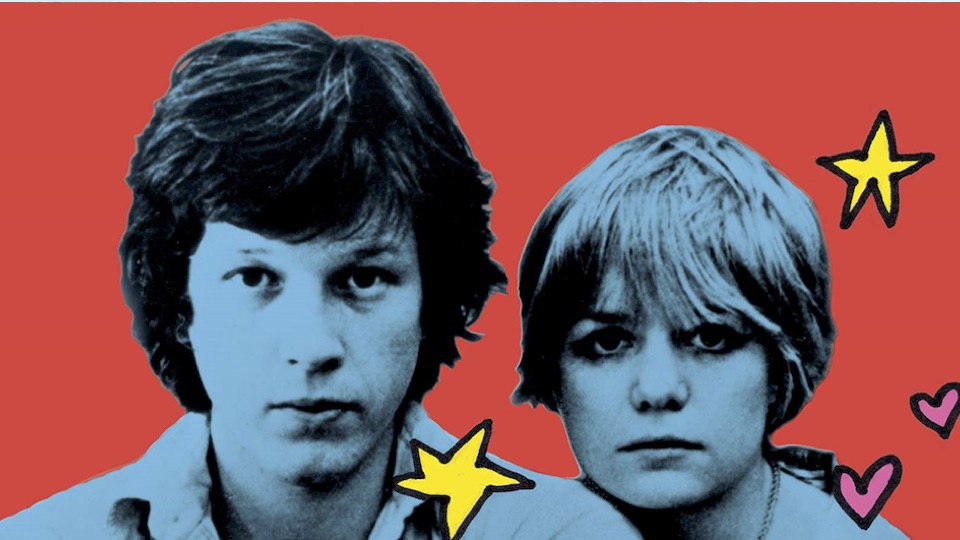 The Talking Heads have been bending minds and twisting torsos since 1975, and are most closely associated with that man in the enormous-shouldered suit, the weirdly compelling and gifted frontman David Byrne. Their unique brand of art music, instrumental chops, and mixed-media visual presentation earned them the title, “The Thinking Man’s Dance Music.”

But Chris Frantz, the low-key stalwart who kept the beat from his drummer’s perch, wants us to enjoy the odyssey of the entire band – along with himself, his beloved bassist wife Tina Weymouth and keyboardist Jerry Harrison. In his book Remain in Love (an homage to their 1980 album Remain in Light and his passion for Weymouth), he lays out his story like the seasoned music man he is.

Frantz may be a bad-ass percussionist, but his writerly touch is light and positive. We learn of his warm childhood, punctuated with moves due to his father’s naval career and prep schools that guided his good work ethic and solid values. His immersion in art and music intensified while at Rhode Island of Design (RISD), where he met his future bandmate, David Byrne. And where he fell hopelessly in love with Tina Weymouth the moment she pedaled towards him on a 3-speed bike, clad in a snappy nautical outfit. The rest is musical (and romantic) history.

The Heads were enormously impactful from the late 1970s until their break-up in 1991, generating hits like “Psycho Killer,” “Once in a Lifetime,” “Burning Down the House,” “And She Was,” and “Road to Nowhere,” among many others. These RISD students were earnest artists, creating unique sounds and concepts that were intellectual, cleverly lyrical, and massively danceable. They defied labels; they couldn’t be classified as Punk or New Wave or Disco; they were their own melange of art-y rock, with an overlay of some worthy influencers. Frantz lists “…the Velvet Underground, David Bowie, James Brown, Al Green, Otis Redding, Booker T, and the MGs, Kool & the Gang, the Stooges, and the psychedelic garage bands of the sixties” as some of their inspirations. They also brought a somewhat more refined, almost preppy presentation in their manner of dressing.

Related: “Where Were You When…Fleetwood Mac’s ‘Rumours’ Topped the Charts?”

One of the joys of Remain in Love is Frantz’s clear recollections of a most dynamic time in music history. When The Talking Heads left college in Rhode Island in the mid-’70s, they headed for a New York City that was steeped in grit, danger, and creative possibility. Scoring a gig at CBGB’s, they became house favorites and began opening for The Ramones. The two unlikely bands vibed well off one another and eventually toured together. Frantz’s fondness for the quirky leather-jacketed punkers (well, except for one) is endearingly evident.

Fresh anecdotes about his colleagues of the era abound: Debbie Harry, Lou Reed, Andy Warhol, Patti Smith, and Richard Hell, and his literary snapshot of a lost time and place is something to cherish. (Talk about ancient history – the downtown Manhattan loft the band shared, a cavernous 2,700 square foot piece of raw space, was $289 a month!) Tina Weymouth became a self-taught bassist in order to assist the group, and her goddess-y competence has made her a revered icon.

More than anything else, Frantz’s love for Weymouth permeates the book. It’s clear that she is not only the love of his life but a wise, cool-headed, and calming influence in every aspect. It’s a charming twist to a memoir that follows many of the obligatory details of the genre – drugs, road hijinks, untamed egos, and excesses. But the ongoing Frantz/Weymouth romance reads as pure and monogamous.

In contrast is his diplomatic but clear hurt over David Byrne, the mercurial lead singer whose basic social skills were often not in evidence and whose refusal to acknowledge the contributions of the band were a wrench to the other members. Weymouth provided their signature bassline and even the bridge of the classic “Psycho Killer,” but Frantz poignantly alleges that Byrne undercut everyone’s efforts and distanced himself from the group dynamic. He walked away without notice in 1991 and The Talking Heads as a four-person unit turned to mist. Frantz and Weymouth began their own band called the Tom Tom Club, whose hits “Genius of Love” and “Wordy Rappinghood” have become classics in their own right.

Remain in Love is a fascinating, engaging account of the proto-punk era (and beyond), and of one man’s adoration for his wife and music partner. Now enjoying a bucolic life in Connecticut after raising two kids, Chris Frantz has many laurels upon which to rest. He reads like a good-hearted man who isn’t afraid to tell it like it was and is…but his agita is outmatched by his gratitude.

Photo: from cover of “Remain In Love”