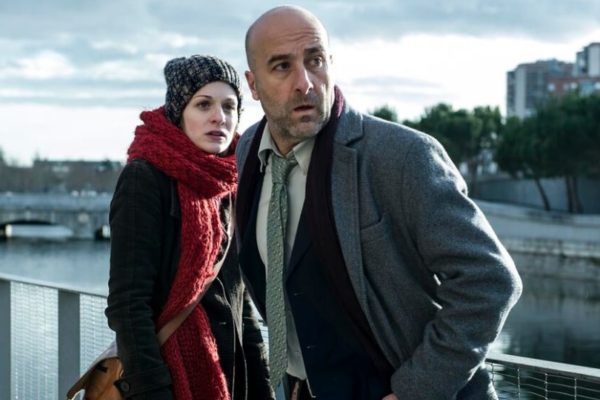 If TV shows have usurped movies as the premium showcase for actors, directors, screenwriters, cinematographers, and all those various designers, then the time has definitely arrived for an online portal that’s the equivalent of the art house cinemas of yore. So where should we go to watch the best of the best from the international market on our Google Chrome or iPhone/iPad devices? Consider Walter Presents, a VOD service that launched stateside earlier this year. We talked to its namesake founder, Walter Iuzzolino, about how this new streaming service of high-end TV came to be. He also gave us a few viewing recommendations.

Q: How and when did Walter Presents come about?

A: I grew up in Italy where people are used to watching drama from around the world. From German cop shows to South American telenovelas I watched them all. Throughout my twenties and thirties I worked as a TV exec in the UK and always thought it strange that no one there really watched drama from any other countries except the US. The success of Scandi Noir shows like The Killing changed all that and in 2016 I was finally able to realize a long-held dream to launch my own channel, a video on demand service entirely dedicated to showcasing the very best drama from around the world.

A: Scandi shows are always phenomenally popular — they have a great reputation for cool thrillers as we’ve got some brilliant ones like Valkyrien, Cover Story and Norskov. The French make super stylish and sexy political thrillers like the smash hit series Spin and our Latin American shows like Merciless and Pure Evil seem to specialize in particularly chilling psycho killers and there’s nothing like a killer on the loose to keep you gripped.

Q: If you were to pick three shows as representative of the range of what you offer, what would those shows be and why?

A: Well actually I think our October launches brilliantly sum up our range. In the best tradition of Scandi Noir, Modus is a haunting psychological crime thriller from Sweden, beautifully made with exquisite performances. Baron Noir is another compelling French political thriller but this one has something different, a gritty, down and dirty storyline — award-winning performances from an exceptional cast. Finally Lifeline from Spain has a totally original storyline but is shot in a very glossy and commercial style which I found utterly compelling. That’s what I love most about drama from around the world, the mix of the familiar with something genuinely unique and totally different.

A: For years I’ve been struggling to find a great Italian series and finally I’ve found one for 2018. I can’t give too much away but suffice to say I’m beyond excited.

Q: Is there a difference between what Americans and British audiences are gravitating to? How might you explain that?

A: Not really. Crime thrillers are definitely the most popular genre, comedies are quite niche but have a very appreciative audience and political thrillers also generate a very loyal following. If anything, I’m surprised by how similar American and British audiences seem to be, which just goes to show when it comes to great drama we all speak the same language.

PS. For some other great dramas, check out our posts Misery in Norway Makes For Great Binge Watching, FX’s “The Americans” Gets More and More Timely and 6 Miniseries for Major Thrills in 10 Episodes or Less.