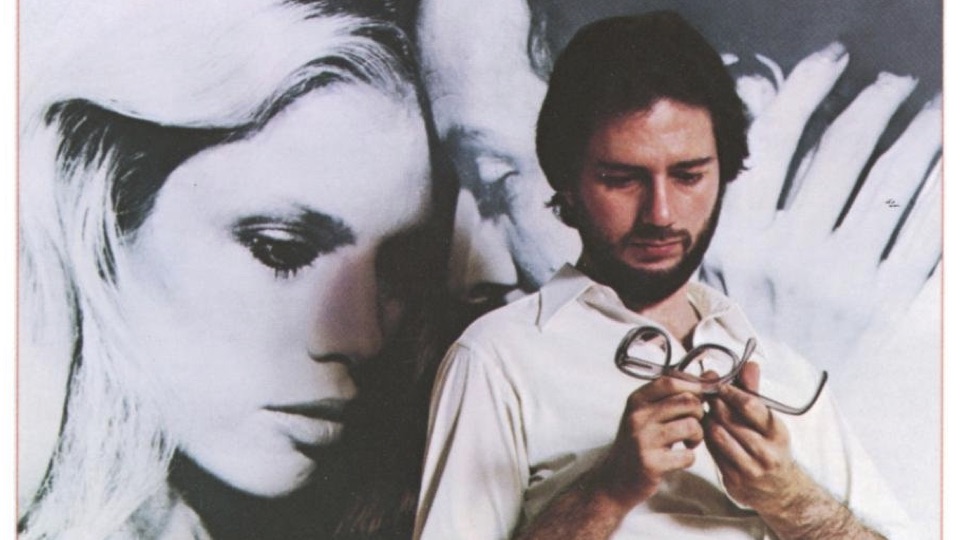 Few figures in the entertainment industry have mastered as many mediums as vocalist, songwriter, producer, arranger, and playwright Rupert Holmes. In a career that has spanned more than five decades, he has conquered the realms of radio, television, and theatre. His first success came via pop-rockers The Buoys, who scored a hit with his lurid survivalist tale “Timothy“ in 1971.

Between 1974 and 1981, Holmes released seven albums that display his gifts as a tunesmith and storyteller. Known by many as the man behind “Escape (The Piña Colada Song),” he remains a whole lot more than what that novelty hit might suggest, hence his in-demand role as a producer and songwriter during the 1970s.

Released just as 1950s nostalgia gripped the U.S., Holmes’ Epic debut album unveiled an artist indebted to the classic orchestral pop of the 1930s and ‘40s. The first two verses of “Soap Opera” chronicle the abrupt downfall of a briefly ascending stage actor, whose loss of voice has left him relegated to a dead-end nightshift. The ongoing chorus details his new preoccupation; the interwoven plotlines of an imaginary daytime television drama:

Here’s the story down to earth:
Shirley’s finally given birth
She’s been carrying the baby for a year
Though it don’t belong to Bob
Who’s been fired from his job as a surgeon
‘Cause he’s got this sudden fear
He can’t stand the sight of blood
Meanwhile Shirley’s mining Judd
Who’s the father of the kid but he won’t give
And tomorrow’s show will say what they left out yesterday
And that gives me one good reason I should live

The information overload persists in perfectly measured couplets to a lengthy fadeout. Vocally, Holmes veers between airy bravado while recalling his former glory and deadpan cynicism while chronicling the activities of the TV characters. He would use these same devices on future numbers that contrast romanticism and disdain.

The cinematic “Widescreen” and plaintive “Letters That Cross in the Mail” was covered by Barbra Streisand on her Holmes-produced 1975 release Lazy Afternoon. During this period, Holmes also produced albums for Sailor, Sparks, John Miles, Lynsey de Paul, and Orchestra Luna.

On his 1975 self-titled second album, Holmes extends on the predecessor’s pulp storytelling and film noir imagery. The rhyming verbiage of “Soap Opera” is refined here in “Brass Knuckles,” sung from the point of view of a homicide detective intent on solving the murder of his sleuthing partner. Holmes obviously put a lot of time and concentration into the vivid, nuanced couplets that chronicle the investigation, which swiftly finds the protagonist in over his head.

A newfound emphasis on cuts over concepts yielded Holmes’ third and final Epic release, Singles, in late 1976. The album opens with “Who, What, When, Where, Why,” where a dumpee finds himself “caught in a fog“ and begs to know why his now-ex abandoned what had seemingly been a good relationship. As the title implies, he seeks to examine the circumstances surrounding her departure from all possible angles, such as:

The places and names, the reason and rhymes

The facts of the matter and points in time

The measured couplets and angular contrast between verse and chorus made this song a hot pick for renditions. Between 1977 and 1979, it was covered by Carol Douglas, The Tymes, Madelaine, The Manhattan Transfer, and Dionne Warwick.

Musically, the album explores all corners of his retro leanings, from the Spectorian wall-of-sound on “You Make Me Real” to the Tin Pan Alley piano frame of “Annabella,” on which he wistfully calls out to a vanishing love interest.

Holmes released his fourth proper album, Pursuit of Happiness, in 1978 on Private Stock, which collapsed just as he was inching up the Top 100 with “Let’s Get Crazy Tonight.” The song juxtaposes his refined, suburban manner with a vaguely risqué theme, replete with a heavy downbeat sway akin to The Emotion’s then-recent hit “Best of My Love.”

A wintery vibe colors “Beside Companions,” where acoustic guitar/piano filigree weaves around airy vocals in which crossing travelers make the most of a weekend holdover. The major-seven chords that mark the song’s chorus are filled by the orchestra arrangements of veteran bandleader Gene Orloff.

Other tracks convey a more somber mood. A desolate piano line presages the subtle buildup of “The Old School,” where the narrator reminisces with his loved one as wrecking balls descend on his former place of learning. Billowing woodwinds, glistening strings, lucid harmonies, and chromatic passages shape “Town Square,” where a weary-eyed wanderer drives through fabled territory, only to find the historic landmarks replaced with highways and fast-food joints.

Holmes embraced a slicker sound on his 1979 Infinity Records release Partners in Crime, which features his novelty hit “Escape (The Piña Colada Song),” about a cooled couple that only discovers their similarities after a blind meet-up through the personals.

Lyrically, the album is among his more comedic. On the smooth groove “Answering Machine,” he lampoons the exchange-tag phenomenon heralded by this then-new device. “In You I Trust” extends on his recent interest in circular wordplay by contrasting a litany of things that he doesn’t trust — “the Sunday Times and these dollar bills that turn into dimes” — with the chorus line.

Best of all is the lush, autumnal “The People That You Never Get to Love,” about the times when you feel a spark of attraction for someone in a fleeting situation — such as an elevator, train, or bookstore — yet fail to act. The song questions the possibility of parallel outcomes in some of these situations, if only you had the courage to introduce yourself.

For his 1980 MCA release Adventure, Holmes tightened his arrangements with a four-piece backing band that included returning guitarist Dean Bailin. Highlights from the album include “Black Jack,” where staccato keys and echoing chords roll out a tune in which Holmes compares the art of seduction to a winning hand at the poker table.

Holmes rounded out his recording career with Full Circle, released in 1981 on Elektra. Though he steers a tighter ship this time around, he retains his trademark lavishness on cuts like “My Lover’s Keeper” and “Love at Second Sight,” the latter marked with vibe-tinged keyboards, panned tom-rolls, cocktail guitar licks, and layered harmonies.

His penchant for angular chord patterns is heard in numbers like “Loved by the One You Love” and “Perfect,” both distinguished by swelling, fold-out choruses. His circular wordplay shtick is encountered on “You Remind Me of You” and “The One of Us,” which respectively acknowledge the uniqueness of his love interest with mirrored usages of “you” and “one.” The album ironically begins with the martial-tinged Disney sweep of “The End,” where Holmes ushers out one year for a new and happier one.

After issuing seven albums in as many years, Holmes assumed a quieter industry role. In 1986, the soul-pop family act The Jets scored a number-three hit with his song “You Got It All.” During the late 1990s, he was the creative force behind the period drama Remember WENN, which ran for 56 episodes on the AMC network. He also found success as a playwright with the Tony-winning Broadway musical The Mystery of Edwin Drood.

Image from album cover of “Partners In Crime”

2 comments on “Rupert Holmes: A Genius Among Pop Composers”