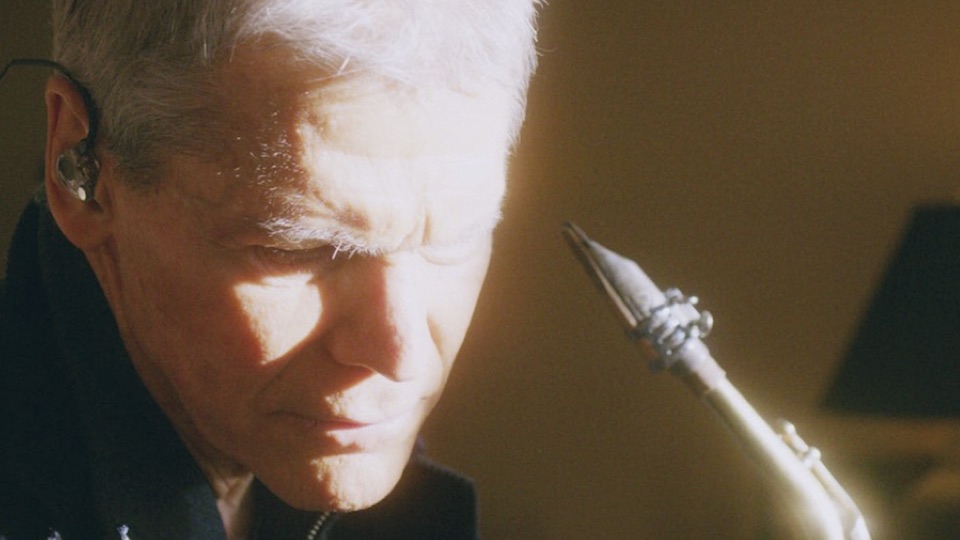 Streaming video content has been a boon for musicians and fans alike, with web series like Daryl Hall’s Live From Daryl’s House and Stewart Copeland’s Sacred Grove delivering carefully-curated performances directly to audiences worldwide. But legendary saxophonist David Sanborn has taken this platform to another level with his spectacular web series, Sanborn Sessions. Building upon the genre-busting ethos of his famed NBC-TV series Night Music, Sanborn Sessions welcomes an eclectic mix of musicians into the Grammy-award winning altoist’s home studio in upstate New York for inspired collaborations, as well as in-depth conversations about the creative process.

The executive producers of Sanborn Sessions are the father-and-son team of Steve and Noah Friedman (along with Sanborn himself), and they have created a program that is both visually and musically breathtaking. Sanborn Sessions has the cinematic presence of a feature film, coupled with the intimacy of a hot jam session front-loaded with world-class musicians.

As of this writing, several full-length sessions with the likes of Michael McDonald, Terrace Martin, vocalist Kandace Springs, and singer-songwriter Jonatha Brooke are viewable at sanbornsessions.com, and the show’s YouTube channel also offers additional highlights and “extras.” Sessions with vocalist Cyrille Aimée just aired and one with legendary pianist (and frequent Sanborn collaborator) Bob James is forthcoming; the Friedmans have recently renewed their partnership with online music retailer Sweetwater to continue producing new episodes.

I spoke with the Friedmans about the show’s origins, the challenges of producing compelling web content, and how Sanborn Sessions is ultimately a family affair.

Q: Full disclosure: you’re both related to David Sanborn, and I want to be clear on what that connection is.

STEVE: In 1987, I bumped into a woman named Sallie Sanborn who lived in my building on the upper east side. I fell in love with her, married her, and it turns out that David Sanborn is Sally’s brother. That’s how this whole shebang started.

Q: Noah, what was your first awareness of who “Uncle Dave” was?

NOAH: Growing up, my musical tastes didn’t have our paths crossing directly, as much as I might have liked. But throughout the course of this show, I’ve recognized both the gravity of his career and his iconic status in the pantheon of musicians.

STEVE: When Noah got old enough, he’d hear (James Taylor’s) “How Sweet It Is To Be Loved By You” or (David Bowie’s) “Young Americans” and we’d say “Hey, that’s your Uncle Dave (playing the sax solo).”

NOAH: Totally! But I think there’s a disassociation where you hear things and say “Yeah, Uncle Dave, cool,” (but) then there’s a moment when you really process the implications of knowing what that means, and I would say that didn’t happen for me until we started working on this show.

Q: How did the idea for Sanborn Sessions first come about?

NOAH: We were driving back from visiting my grandmother, and my mom said “Why don’t we stop and see Dave for dinner.” We went to a restaurant in Tarrytown, and somehow the conversation pivoted to what Dave was doing career-wise. He was finding ways to come off the road but stay connected to the audience, and he had this idea to install some GoPros (cameras) in his home studio. I was a business-minded person and obsessed with venture capital and entrepreneurship, and I also understood how the “attention economy” was moving toward video content. So my gears started turning really fast, and the dinner quickly became a brainstorming session: “You have this major asset in the studio, it’s so beautiful and film-able, what if we did something more than just installing some cameras?” And by the end of dinner, we’d all conceptualized the minimum viable product of Sanborn Sessions.

Q: What are the first steps to make something like this happen, and what are some of the challenges that arise?

STEVE: There’s obviously the logistics of getting people up to Tarrytown, getting catering and equipment there, and finding the film crew, which was a bunch of awesome film majors from Boston University. Then it’s figuring out the best way to shoot where it’s “fly on the wall” with a rhythm of authenticity, capturing the music without being intrusive.

Q: The internet is saturated with self-produced video content from musicians. How were you going to make Sanborn Sessions stand out?

STEVE: We were never that worried about the music because Dave plays in a high echelon with great people. But Kyle Morrison is an award-winning cinematographer and filmmaker, and he and (director of photography) Oliver Shahery are artists in their own right. I think their vision, combined with these fantastic musicians doing their thing, has produced what we see. We wanted to shoot in 4K, and we have one of the world’s best sound mixers, Jonathan Duckett, who’s been a miracle maker.

NOAH: I would add that the idea of “rubbernecking” is really powerful: feeling like you are watching something intimately, rather than having it staged. If you look at where modern media attention is going, with Instagram and SnapChat and vlogging, there’s a whole new paradigm where you feel like you’re getting “access” to something that’s purely authentic. You’re not gonna have four people talking flat to the camera and playing a song; they’re just in the room, and you happen to be watching. It sounds subtle, but it completely changes how you set up the day. Also, Dave has made the argument, and I agree, that it’s worth missing a shot for the sake of keeping the vibe real. The second that you say “Play that note again,” you suck the air out of what was previously an authentic jam session. It’s our job as the producers to straddle the line between letting the musicians and the production team do their jobs wholeheartedly.

Q: The other element that distinguishes Sanborn Sessions is the conversations between Dave and his guests, which regularly go into some deep territory.

STEVE: I always use the baseball analogy: when a player gets to first base, he and the first baseman start to talk. As a kid, I always wanted to hear that conversation! So we put the cameras up and then either walk away or let it go long enough where they forget that there are cameras there. There’s a lot of advance planning that goes into getting people in the room, but then camera and sound goes to the background and we just capture everything we can.

Q: What does Dave look for in his guests? Is there a commonality among the musicians he chooses to bring on the show?

NOAH: He’s been pretty averse to picking any one genre, but the common thread has been “As long as I find it interesting.” The first few have been people that he’s known, but as we look to bring more contemporary artists to the fold I’ll text him a link to someone he’s never heard of and he’ll say “Yeah that’s interesting, let’s see if we can get ‘em.”

STEVE: If you think of the Michael McDonald episode with Brian Owens, here’s two legends and this young guy; that alchemy of passing the torch is also an important part of the show.

Q: Night Music was a high-water mark for American music and culture. Do you strive to maintain that standard on Sanborn Sessions?

STEVE: For me to do a show with my son, my wife and my brother-in-law, and all the family that surrounds that, and to help to preserve Dave’s legacy in the pantheon of American music, that’s awesome. It’s a family thing and it’s a miracle that nobody’s killed each other (laughs), and if it helps preserve American music then that’s a sweet afterthought.

NOAH: I agree. I feel much more responsibility to keep Dave’s aura authentic because of my familial relationship with him and my admiration for him as an artist. Everyone has given a lot of hours and sweat and heart and soul to Sanborn Sessions, and the responsibility that I feel now is to the team, as well as our partner in Sweetwater, to make sure that the show is something we all look back on and feel proud about. I also want to make sure that we recognize a lot of people that have helped make this show: Sallie Sanborn, Pat Rains and Burt Goldstein (Dave’s management team), and Alice Soyer (Dave’s wife) have all been super important.

STEVE: I also want to stress, not just because she’s my wife, that nothing happens without Sallie Sanborn!

The Friedmans’ remarks have been edited and condensed for brevity and clarity.