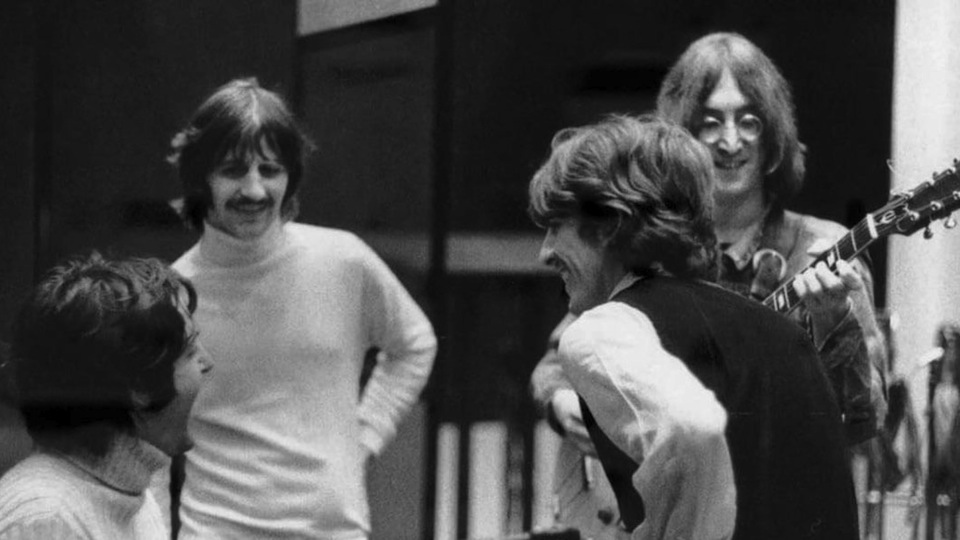 The song that John Lennon correlated to reaching for Yoko Ono in a state of drowning is turning 50, along with the rest of the songs on The Beatles’ Abbey Road. “I Want You” (She’s So Heavy)” is often considered a precursor to metal and prog rock. But “I Want You” has a funky origin that betrays its uncredited black collaborator’s contributions. For the past 50 years, subsequent black artists have covered the song, often picking up on the clues Billy Preston left behind.

You wouldn’t know it from the dirge-y final mix, but “I Want You (She’s So Heavy)” actually had some rather cheerful beginnings that owe themselves to Preston.

Preston’s positive influence in the studio amid the fracturing Fabs is well known, but his musical virtuosity earns him a rightful claim to coveted “fifth Beatle” status. Although he is uncredited on this track (unlike “Get Back”), Preston participated in multiple takes of “I Want You,” alternating between keyboard and organ, as well as contributing vocals on some occasions. One jam session includes a call-and-response improvisation in which Preston’s affirmations, especially his expressive “so bad,” seem to motivate Lennon’s experimentation; their laughter is also captured on this funky track.

Related: “5 Reasons why ‘Abbey Road’ Is My Favorite Beatles Album”

On the album version, Preston’s organ adds to the many layers of sound in a song, whose “texture is effective for both the formal structure and the length of the recording” according to Walter Everett’s prolific The Beatles as Musicians. The isolated track with Preston’s playing reveals a dramatic gothic-sounding organ that no doubt contributes to the haunting qualities of the album version of the song. Although he covered quite a few Beatles songs, Preston never covered this one, but following his 1969 involvement with the Beatles, some major black artists have since covered “I Want You.”

George Benson’s cover appears on The Other Side of Abbey Road (1970), described as “jazzy pleading” by Travis Atria. Benson recorded it (with Herbie Hancock on keyboard) just weeks after the Beatles’ album came out. Around the same time, Booker T. and the M.G.’s recorded and released their “I Want You” on McLemore Avenue (1970), motivated by what Booker T. Jones saw as the Beatles’ “reinvent[ion].”

Later that decade, Eddie Hazel supplies a dramatic P-Funk” cover on Game, Dames and Guitar Thangs (1977), co-produced with George Clinton. In his memoir, Clinton remembers choosing “I Want You” because “we used to do [it] to death onstage.” Clinton’s memoir also documents his own “love affair with British rock,” consistently crediting the Beatles’ influence on the development of Parliament-Funkadelic style, which involved “bring[ing] the pace way down” and “hold[ing] a song at that slower tempo without getting monotonous,” as demonstrated on Hazel’s “I Want You” cover.

In the early 2000s, John Legend toured with a soulful, rocking cover of “I Want You” that included his characteristic vocal embellishments in addition to a chorus of female backing singers for a gospel-style call-and-response rendition of the repeated “heavy,” a reminder of Preston and Lennon’s earlier improvisation. Legend’s performance is available on the 2008 CD and DVD, John Legend: Live from Philadelphia.

Fifty years after Preston, Blac Rabbit toured North America with Beatle covers, including “I Want You,” as well as their own Beatle-inspired originals. Blac Rabbit is a psychedelic rock band that gained viral video fame for “busking” the Beatles on the NYC subway and has since performed at the Beatles Story and the Cavern Club in Liverpool. Blac Rabbit’s “I Want You” picks up on Preston’s funky grooves in their keyboard playing, while adding some psychedelic feedback, amplifying the driving beat, and closely replicating the Lennon/McCartney/Harrison harmonies. In live performance, Blac Rabbit renders the Beatles song danceable, as illustrated by audiences we observed.

The fifty years of covers leading up to Blac Rabbit’s version reveal a continuity between the Beatles early and late material, showing the availability rock’s black foundation in latter Beatles songs, as well as their influence on subsequent black artists.

What do you hear in these covers? Please comment with your thoughts! Relevant ideas will be credited in my forthcoming book, Blackbird Fly: Black America Remixes the Beatles (Penn State UP, forthcoming). The project is supported by an award by the National Endowment for the Humanities.