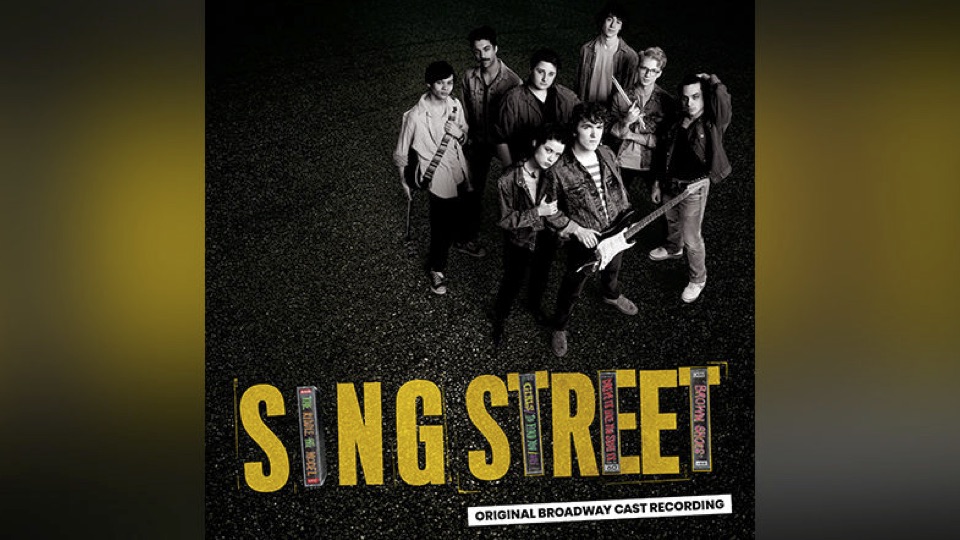 Calling any show a musical for people who don’t like musicals might sound like damning with faint praise, especially when the piece in question is an adaptation of a movie. In recent years, musicals derived from movies have been good for Broadway’s bottom line financially but not always artistically. Though Mean Girls and Beetlejuice both captured the spirit of their source material, the stage version of Tootsie’s main achievement was showing how much the original movie depended on Dustin Hoffman’s performance. The new musical Sing Street, which is based on a lesser-known film, comes across as more in tune with the former examples, at least judging by its cast recording.

Related: “Norah Jones’ Latest: ‘Pick Me Up Off the Floor'”

A heartfelt story about a teenager in 1980s Dublin who starts a band to get a girl’s attention (as you do), Sing Street was just a modest commercial success when released in 2016. However, it also happened to be the work of writer-director John Carney, whose earlier film Once spawned a Tony Award-winning stage version that ran for nearly three years on Broadway ahead of multiple touring productions and a run in London’s West End. As with Once, playwright Enda Walsh – whose work includes David Bowie’s Lazarus – adapted Carney’s screenplay for the stage. The movie’s original songs made the transition as well, including Dream For You, the first song Carney and musician Gary Clark wrote for the movie but which ended up getting cut prior to its release.

The musical premiered in December of 2019 at New York Theatre Workshop, where Once also played before its Broadway run. From there, it was scheduled to begin previews in March of this year at Broadway’s Lyceum theater. While the shutdown of New York theaters delayed that opening, the cast recording was released digitally in April ahead of an eventual CD release. Combined with various videos featuring the cast performing, the cast album offers a taste of the show and suggests that this iteration retains the original film’s charm.

The movie’s soundtrack incorporated a selection of well-known songs from the era that were used within the story as influences on the band’s compositions, such as In Between Days by The Cure inspiring A Beautiful Sea or the echoes of Duran Duran in the band’s first song The Riddle of the Model.

The cast recording pays tribute to that approach by opening with a joyful cover of Depeche Mode’s Just Can’t Get Enough. While it helps establish the early-80s timeframe, this was probably unnecessary, because the original songs work well in their own right.

What makes Sing Street’s music so striking is the sense of authenticity in terms of both capturing the styles of the era and feeling emotionally consistent with the characters performing them. Musicals are built around people expressing their feelings openly, however, they traditionally emphasize an idealized mode of self-expression. As well crafted as the songs are, Carney and Clark never lose sight of the fact that Conor, Raphina and the other thoughtful and creative kids are still kids, figuring out who they are and who they want to be. Because the show makes the creation of the songs and the underlying emotions part of the story, the music can sacrifice a bit of lyrical polish to strike the right balance of insight and immediacy.

Girls is a prime example of mixing elegant and overly earnest wording in the service of one of pop music’s most enduring topics.

Drive It Like You Stole It likewise invokes one of the great rock music traditions – cars as a metaphor for freedom.

Across all the songs – even more reflective ones like the graceful and lovely Up – Sing Street’s overriding feeling is joy. Like the best musicals, it moves the heart and mind but adds the body into the mix with great effect. When the show finally gets it shot on Broadway, it’s hard to imagine that it won’t be a major crowd-pleaser. In the meantime, the cast album is a pleasure in its own right – and a valuable reminder that the key to turning a good movie into a good musical is having its heart in the right place.

0 comments on ““Sing Street”: A Musical for Folks Who Don’t Like Musicals”