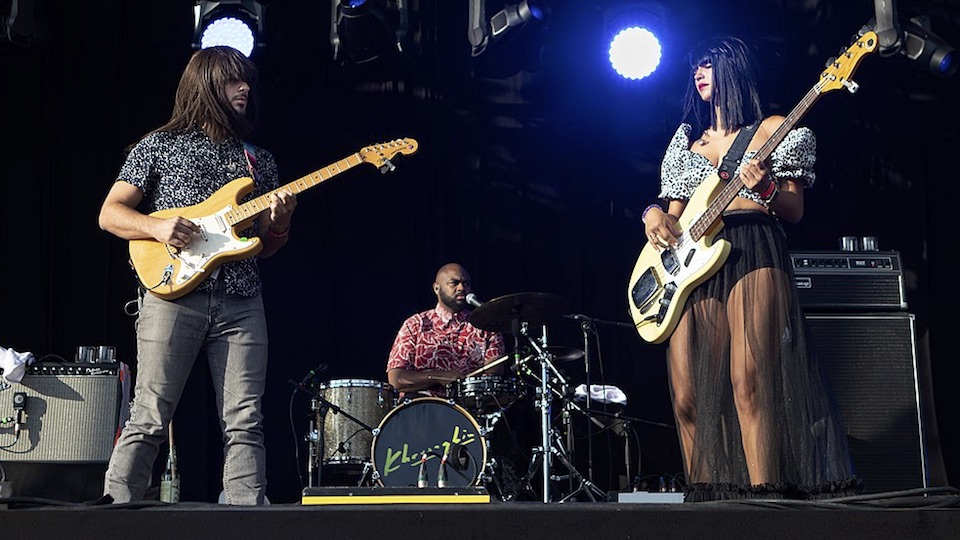 There’s been a number of bands over time that have been able to achieve a mammoth, larger-than-life-itself sound with only three members – Rush, ZZ Top, and The Police to name a few. Khruangbin is proving themselves to be no different, drawing inspiration from a myriad of genres and cultures. It’s easy to get lost in their surf-esque licks, wrapped in funk, inside a world of psychedelia-driven jam numbers. Throw modern day psychedelia, bass-heavy instrumentation, and a dash of soul into a blender, and you’ve got yourself a tall glass of Khruangbin.

The avant-garde and mostly instrumental trio originating from Houston, Texas has made waves in the past two years. However, their career first started back in 2004 as a duo. Frontman and guitarist Mark Speer founded the band alongside bassist Laura Lee, and the group performed as a mighty two-piece before inviting the percussive stylings of Donald Ray “DJ” Johnson Jr. to round out the outfit. And thus, Khruangbin took flight.

Khruangbin’s discography thus far is unique in that it aims to deliver a multicultural listening experience to its fanbase. Speer and Lee originally bonded over their interests in Middle Eastern culture, and more specifically, Afghan music during the early stages of what would eventually become Khruangbin. Their musical guiding light has always been 1960s Thai funk – a very distinct, and largely peculiar long-lost genre. All of these cultural ties became a prominent driving force behind their music. Their debut album, The Universe Smiles Upon You garnered a great deal of buzz around the group, landing them opener gigs for acts such as Father John Misty and Massive Attack, along with notable festival slots. Their follow-up record, Con Todo El Mundo combines Spanish flare with elements of electronic music, psychedelia, and soul – all doused with a hefty dose of reverb.

The group’s unique name also stays within their aim to take listeners on a trip that spans all cultures. The word Khruangbin is a Thai term for “flying engine” or “aeroplane,” fitting for a band that puts such emphasis on music culture. Bassist Laura Lee came up with the name just before the group’s first gig, as she was learning to speak Thai at the time and cited “Khruangbin” as her favorite word. While tricky to pronounce, the name stuck, and so has their music.

It’s hard to believe that the psych-rock powerhouse records their spacey, sonic sound outside of your typical recording studio space. Each of their albums have been recorded inside a barn owned by Speer’s family in Burton, Texas (population: 300). This barn has been cited by the band as the place in which Khruangbin truly discovered its authentic sound, and they don’t have plans to change venues for their future recordings.

“It’s the fourth member of the band,” Lee shared about the barn in an interview with The Washington Post. “There’s just a certain atmospheric quality it provides. No one else would know except for us, but there’s certain parts of the album where, because of the frequency of the playing, there’s a resonance in the barn where the barn kind of sings.”

Currently, the band is releasing a slew of collaborative tracks for an EP with prolific soul singer Leon Bridges, and gearing up for a 2020 spring tour that includes a stop at New York City’s annual Governors Ball Music Festival. But when it comes to a band as global and nomad-like as Khruangbin, you never truly know where they will go next.

0 comments on “Take a Trip With Khruangbin”