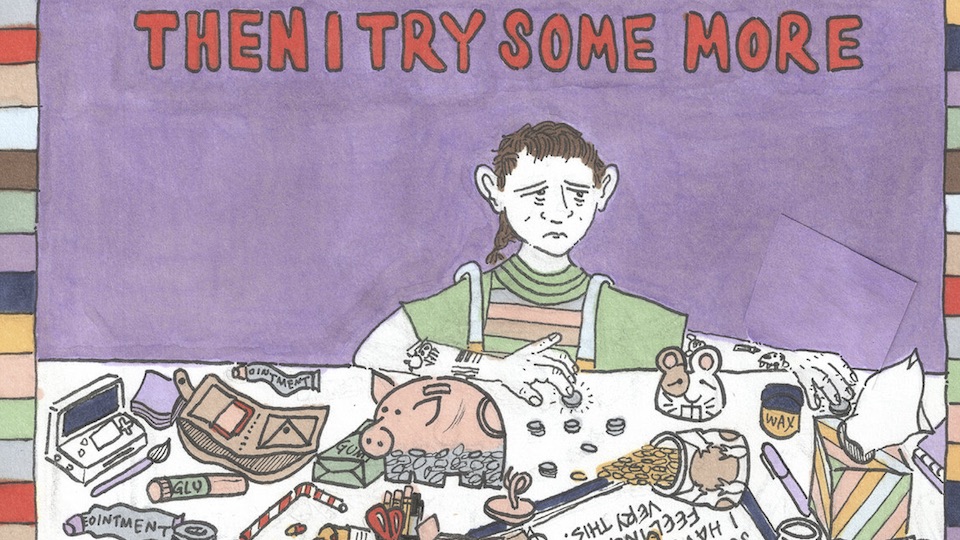 Contrary to what major musical trends might indicate, the art of the singer/songwriter is far from lost. In fact, there’s been no shortage of excellent output from that corner over the last dozen months, it’s just that most of it hasn’t exactly been trumpeted far and wide in the media. So here’s a handy tally of some of the most intriguing singer/songwriter albums of 2019 that might have slipped underneath your radar. They cut a pretty broad swath, from the creepy to the cuddly, the rootsy to the rarefied, the famous to the obscure, but they all represent the work of craftspeople with a passion for a well-turned tune, and they’re all deserving of more attention.

Michael Chapman emerged from the British folk scene of the ’60s with a world-weary vocal delivery and nimble acoustic fingerpicking style. At various points since then, he’s concentrated either on his trenchant songwriting skills or on deftly delivering acoustic guitar-based instrumentals. For True North, he manages to do both, blending the gritty and the dreamy with deceptive ease.

NYC troubadour Duff made a pilgrimage to Muscle Shoals, AL’s legendary Fame Studios for her deeply satisfying 2017 LP, Maybe in the Morning. For a follow-up, she went back to Fame, kept the country and soul flavors, but added a crucial additional element: gospel-infused spirituality. So is Hallelujah Hello a gospel, country, or soul record? The answer is all of the above and none — you’ll have to listen closely to sort out the stylistic do-si-do, but it’s a worthwhile journey.

Some songwriters know their way around the English language like a literary GPS. Others have an ear-tingling hook. Very few are blessed with both qualities. But West coast songsmith Bob Hillman happens to be among that rarefied crew, and he proves it throughout an album equally packed with smart, subtle lyrical observations and enticing melodic maneuvers.

Presumably, nobody needs to be caught up on Joe Jackson’s accomplishments, but admirers of his classic albums from eras past might conceivably have missed the fact that in 2019 he released his best record in years. Fool contains some of the most visceral, no-nonsense music he’s made in some time, and hearing him rediscover the joys of the straight-ahead rock-band format will bring a fuzzy warm feeling to those who’ve followed him since his ’70s/’80s glory days.

Wade Jackson – The Ghost Searches Beside Me (Narrima Records)

In years past, Australia’s Wade Jackson has filled albums with attractively jangly power pop, but this time around he takes things to another realm entirely. With twittering synths, captivatingly emotive vocals, and an epic sweep, Jackson dives neck-deep (the only way to do it) into the sort of stirring, sophisto-pop waters that once trod by the likes of the Blue Nile and The Associates back in the ’80s. It’s an approach in which absolute commitment is demanded, and even then one might fall flat on one’s kisser. But Jackson’s bold venture checks off all the right boxes, bringing to life the kind of unironic, widescreen vistas that are an endangered species in modern pop.

Simon Joyner has been turning out unfailingly artful, piercingly poetic records from his Omaha HQ since the ’90s, with such stunning regularity that it’s almost possible to take him for granted. His latest, Pocket Moon is a reminder that no one should ever make that mistake. Dazzling imagery meshes with unvarnished emotional heft on song after song like it’s no big deal, but even a cursory listen underlines exactly why Joyner’s one of the great American treasures of singer/songwriterdom.

Operating from so far upstate in New York he might as well be a Canadian, Eddy Lawrence has a long history as a sharp-eyed sardonic wit with something to say about the underbelly of American life. His latest outing is no exception, and it boils his artistry down to the most stripped-down state possible: just Lawrence and his acoustic guitar. You have to be some kind of songwriter to make that kind of thing work, and whether he’s poking friendly fun at the Amish Rumspringa tradition or wryly examining the fate of humanity, Lawrence lives up to his rep.

On 2017’s Foothill Freeway Mancini staked a not unconvincing claim as the Springsteen of Nassau County with a sideline in Byrdsy jangle. But for the follow-up, he dips into folk balladry, alt-country, Americana, and straight-up rock ‘n’ roll (among other things), all shot through with a winning combination of blue-collar compassion and self-effacing lyrical smarts.

Sometime around 1987, Bill Pritchard and Lloyd Cole must have had themselves a bit of an argy-bargy in which it was determined that England only had room for one witty, literate singer/songwriter mixing indie/alt sensibilities with a folk-rock feel, and Pritchard ended up being embraced by the French instead. Three decades and change later, Pritchard’s pipes are a little deeper, and he’s more likely to drop into a reflective, piano-based ballad, but he’s as sharp a tune jockey as ever, and he’s managed to come upon that elusive commodity called maturity without turning dowdy, which is no mean feat.

Speaking of Brits who began in the ’80s, Paul Roland has spent the last 34 years or so polishing a reputation as the Rod Serling of alternative rock, reveling in the dark, the creepy, and the supernatural with a dash of sly humor. Even the title of his new album, which happens to be the address of The Munsters, indicates that Roland has happily stayed the course. But he’s not above drifting off script here and there when it suits his muse, as on the gentle psychedelic haze of the tongue-in-cheek “Summer of Love” or the downright punky “Whatever Happened to Baby Jane?” The devilish DIY cult hero abides in power.

You’ve got to love an artist who publicly asserts that the songs on his new album “really only work at night.” John Southworth may be underestimating the applications of his 12th LP, but there’s an undeniable wee-hours feel to the tunes on Miracle in the Night. If Harry Nilsson lived an alternate existence as a Canadian Gen X-er, he might write something like what’s on offer here, but it would probably still slip just as far under the mainstream radar.

Joanna Sternberg – Then I Try Some More (Team Love)

Up to this point, this list has admittedly been lacking in under-30 types (not to mention under-40 types), but millennial singer/songwriter Joanna Sternberg is the sort who makes fans of old-school songwriting feel a lot better about the future. The compositional smarts of Carole King and the emotional vulnerability of Daniel Johnston aren’t frequently found within a football field’s length of each other, but this native New Yorker is the heartening exception to that rule.

There’s a lot to unpack in this album. Singer/songwriters are too freely compared to poets, but Terlazzo is indeed an actual poet who also has a long musical history. When he first popped up in the ’80s he seemed like a Pennsylvanian Leonard Cohen, but by this point, his approach has long since transcended such easy comparisons. When Terlazzo uses the word “ancient” he’s not kidding around — these songs feel like they could have existed thousands of years ago just as easily as today, such is the timelessness of his outlook. And yes, in the absence of the aforementioned Cohen from this mortal plane, it feels good to hear the pure poetic muscle Terlazzo brings to bear, and be reassured that somebody still knows how to sling it. FYI, Ancient Chains had a soft launch in 2019 and won’t be widely available until 2020, so if you’re after it for now, write to jt@johnterlazzo.com

In the main, Garden State song spinner Rebecca Turner operates in the Americana realm, combining elements of folk and country to frame her smart but unpretentious lyrics. But Turner’s got other strings to her bow, and on The New Wrong Way, she can be heard slipping into a jazzier mode or hauling out some straight-up rock ‘n’ roll when she’s not keeping things rootsy. Whatever her modus operandi, though, it’s all in the service of songs whose easy tunefulness can almost make you forget how much meat is really on their bones.