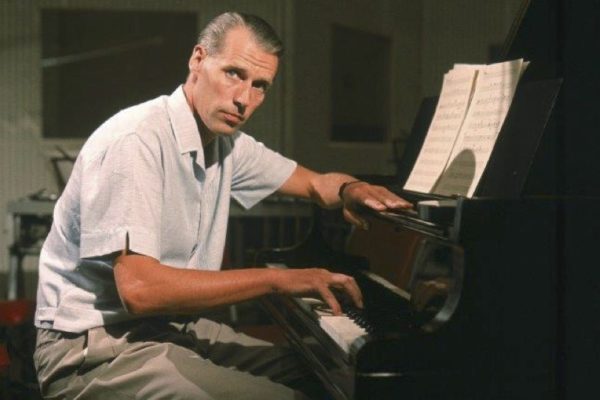 Even before MTV, rock and roll frequently existed in a visual space along with the sonic one. One of the most obvious expressions of this affinity has been the numerous attempts to encapsulate the cultural significance of rock music for television and film. Though not focused solely on rock music, the series Soundbreaking, which aired on PBS last fall, is arguably the most successful effort to date. Somewhat paradoxically, the fact that that the program isn’t totally focused on rock and roll is what enables it to be virtually definitive on the subject.

[amazon template=right aligned image&asin=B01JPN6MT0]Where many documentaries suffer when there’s an insufficient level of focus, Soundbreaking actually benefits from having a topic as sprawling as the history of recorded music at its center. Subordinating the style of music to how music is conveyed to audiences enables the series to sidestep the tunnel vision that can make genre-specific pieces less comprehensive than they might intend. The involvement of producer George Martin guaranteed that The Beatles and other rock legends would be front and center, but there are numerous segments devoted to artists from intersecting styles like Johnny Cash and Dr. Dre.

Befitting the legendary artists involved, there’s plenty of fascinating archive footage – particularly behind the scenes in the studio – throughout Soundbreaking. At the heart of the series, though, are more than 100 interviews conducted especially for it. Debbie Harry, Billy Idol, Paul McCartney and Nile Rodgers barely scratch the surface of the artists and styles featured. Their stories, like those of everyone involved, are what make it so involving.

Some of the anecdotes – for example, recounting George Martin’s early days with The Beatles in the opening installment – are probably familiar to rock music devotees, but the presentation here makes them feel fresh. What the tapestry of voices particularly emphasizes is the importance of collaboration in so many landmark recordings. Like most historical subjects, rock and roll (and its musical relations) certainly lends itself to the “great man” approach, but seeing how many people actually contributed to the various milestones is much more satisfying.

The show also offers plentiful reminders that much of what excites and endures in pop culture is the result of happy accidents as much as intention. A case in point is found in the episode “Sound & Vision,” which chronicles the emergence of MTV. Because there were so few music videos in general, particularly from American artists, the door was open for unconventional (to American ears) British bands. The result, as original VJ Mark Goodman puts it, was that “by default we wound up being really progressive and really sort of ahead of our time.”

In a similar vein, the series is often at its best when it shows the role technical limitations – or sometimes their lack – factored into particular works. Perhaps the most telling example is the story in the second episode, “Painting With Sound,” about the recording of Fleetwood Mac’s album Tusk. The combination of pressure to recreate the happy (except for the band) accident that was Rumours and a lack of any real limits on the making of the follow up resulted in a major left turn musically. In the years since its release, Tusk‘s reputation with critics, fans and musicians alike has become somewhat legendary, but at the time the album’s effect on the band was clearly anything but positive.

[amazon template=right aligned image&asin=B0178JP1EA]While Soundbreaking doesn’t shy away from the conflicts that sometimes fueled the recordings it documents, the overriding tone is really one of joy and wonder. There truly are too many highlights to list without risking an egregious oversight. The bottom line is that anyone who’s a fan of rock music and its related styles is bound to come away from the series both having learned something new and with a renewed appreciation of some artist or work that they love.

Soundbreaking is available on DVD and Blu-Ray from RLJ Entertainment’s Athena label. It can also be purchased digitally via Amazon, Google Play and iTunes and watched on-demand via Hulu’s streaming service.

PS. Speaking of Fleetwood Mac’s Rumours, check out our post reminiscing about its time at the top of the charts. Plus, you may also enjoy 10 Hours that Changed EVERYTHING and From Mecca to Memory.