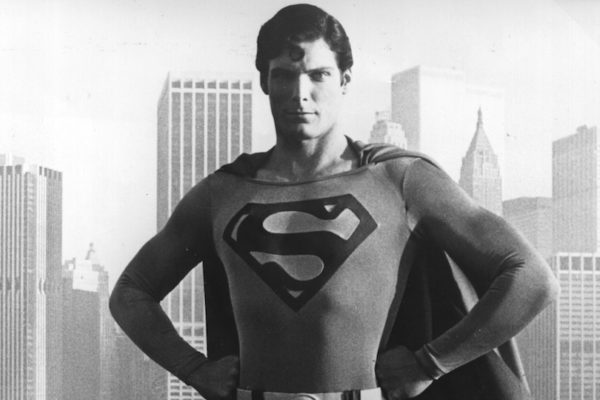 The swelling of strings, the beat of the drums, the shredding of an electric guitar…Every superhero needs a great song to herald their arrival but the perfect theme does not come often or easily. To truly capture the essence of a character — especially one with such unusual abilities and talents — requires both bravado and nuance. Though it may seem like a daunting task it is possible; in fact, it’s been done more than a handful of times. Here in descending order are ten superhero themes that never fail to bring a smile to our faces or a little hope into our hearts.

10. Hellboy (Composer: Marco Beltrami)
Though the movie itself has its issues (just ask any comic book geek), Hellboy’s theme song is not as easily dismissed. The discordant tones of the strings combined with its unique use of the bass clarinet make for music that’s at once irreverent and imposing. Much like Hellboy himself. We give this a very demonic thumbs up.

9. The Dark Knight (Composer: Hans Zimmer)
Unrelenting timpani drums accented by cymbals and horns cue the listener to the impending arrival of the complicated anti-hero known as Batman. Reminiscent of Carmina Burana, this operatic piece announces a reckoning is destined for Gotham. Hearing this opener, we couldn’t be more thrilled a caped crusader’s in town.

[amazon template=right aligned image&asin=B000E33W1W]8. Ghostbusters (Composer: Ray Parker, Jr.)
This catchy tune was nominated for an Oscar in 1984, in part because it so wonderfully anticipates the playfulness of Stay Puft Marshmallow Man and Slimer. Nowadays, the tune is an inextricable part of the brand. Fall Out Boy wisely chose to leave Ray Parker’s structural composition and his lyrics largely intact for the reboot.

7. Tank Girl (Composer: Devo)
Courtney Love’s hands are all over this soundtrack and it shows. Upon its release, Tank Girl received more acclaim for its soundtrack than the flick itself and its opening song of “Girl U Want” (re-recorded by Devo) is still capable of eliciting a good old-fashioned hoot of appreciation from the film’s devoted cult following.

6. The Shadow (Composer: Jerry Goldsmith)
With its old-school orchestration and action-adventure tropes, this theme is simultaneously heroic and sexy, much like the title character (played by Alec Baldwin in one of his lesser-known roles). And unlike the opening music of the radio show that inspired it, there’s no campy Orson Welles laugh to undermine the drama.

5. Flash Gordon (Composer: Brian May)
This camp classic’s entire score was composed by Queen (May was the guitarist). Yes, it’s got a tongue-in-cheek aspect but it’s also got Freddie Mercury’s other-worldly vocals to push it into the stratosphere. Will Ferrell ripped it off for Blades of Glory (2007) while the Supercell game “Clash Royale” re-purposed it for their ad in the 2016 Olympics.

4. The Rocketeer (Composer: James Horner)
This retro composition has been re-used endless times for televised athlete profiles, mostly because it so effectively conveys heroism and courage. With the grandeur of horns blaring and cellos pulling at your heartstrings, the theme song effectively stirs up nostalgia for the adventure films of early Hollywood.

3. The Incredibles (Composer: Michael Giacchino)
How do you convey a superhero family of five? With screaming brass, a driving beat, and intermittent saxophone riffs, of course. Swinging in every sense of the word, this one signals “wild ride ahead” and we’re more than happy to join the Parrs for the journey.

[amazon template=right aligned image&asin=B0013WJGJ0]2. Batman (Composer: Danny Elfman)
With all due respect to Christopher Nolan and Hans Zimmer, the 1989 Batman film still surpasses the newer versions when it comes to music. Elfman’s  hauntingly melancholic score utilizes a military march-like beat to convey the authority and conflict ahead. Batman: The Animated Series wisely reused it in 1992.

1. Superman (Composer: John Williams)
The iconic score by John Williams set the standard, and frankly no one’s beat it yet. Even with all those Spielberg and Star Wars movies to his credit, this one has proven to be one of Williams’ most popular tracks, and rightfully popped up when Christopher Reeve guested on Smallville.

PS. You may also enjoy a look at the evolution of superheroes in Kat’s post Holy Superheroes! From Batman to Buffy. Plus, let us know if you agree with the songs we chose for our post 10 Unforgettable TV Theme Songs.