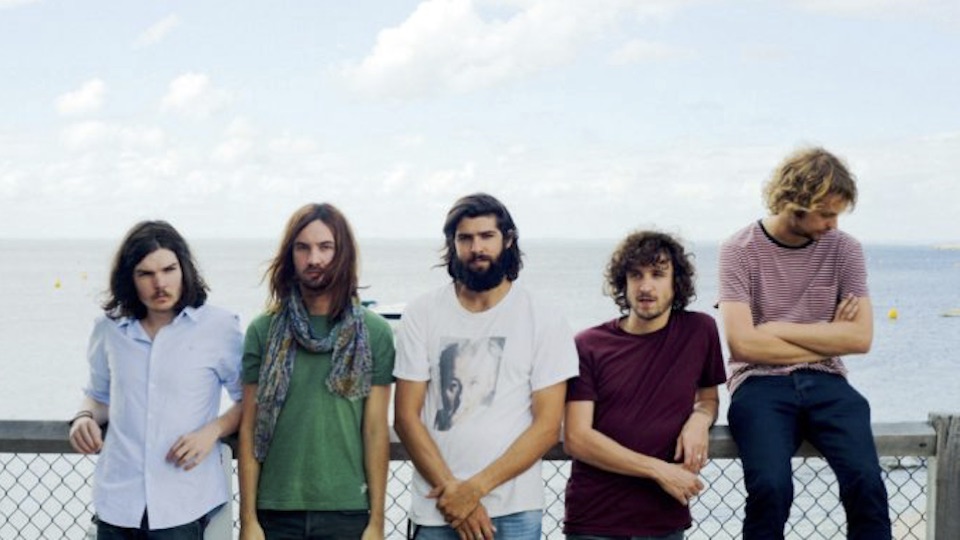 Like many Americans, you may have first been exposed to Tame Impala during the musical guest portion of a recent episode of Saturday Night Live. But the reality is, the group has been making music and winning accolades for nearly ten years.

The band signed a worldwide deal with Modular Recordings and released its first album in 2010. Innerspeaker was ultimately certified gold in Australia.   They subsequently signed with Interscope Records in the US and Fiction Records in the UK. This exposure helped the band gain notoriety across Europe and Australia, and earned Parker the Australian Performing Rights Association (ARPA) “Breakthrough Artist of the Year.” Their first single from Innerspeaker, “Sundown Syndrome,” was included on the soundtrack of “The Kids Are All Right”, which was nominated for an Oscar. The songs on Innerspeaker all include the layered and phased vocals that Parker would become known for, similar to some of the mid-1960’s John Lennon/Beatles classics like “A Day in the Life.” On “Why Won’t You Make Up Your Mind” you even hear guitars that echo that Beatle-esque backward sound.

In October 2012 the band released their second album, Lonerism. The album was Parker’s poignant tribute to his younger teenage self and is decidedly more “pop”.  He wrote the songs on Lonerism to be a form of therapy and related them to the loneliness and lack of direction he felt when he was 15.   But he also made sure the album was imbued with hopefulness, in an attempt to provide emotional support for modern teenagers. There’s an interesting variety in the styles of the songs on this LP. “Be Above It” contains distant Paul McCartney style vocals interspersed in the industrial drumming and fluttering synths. “Elephant” has a driving 1970’s metal-sounding treatment, including the requisite power chords and thumping bass line. According to Parker, the various musical components of Lonerism were recorded across the world, with guitars done while in Vienna and vocals during a Singapore-to-London flight.

This album was followed by Currents, released in January 2015. Much like previous albums, it was written, recorded, performed and produced by Kevin Parker.  Mostly created in his home studio, it has a decidedly unique sound – you could actually dance to some of the tunes on this album! Songs like “Let it Happen” and “The Less I Know the Better” have a snappy rhythm to them – similar to something Arctic Monkeys might release, but with the distant and layered vocals that is Parker’s signature.

As of late, the band has been headlining festivals like Coachella in 2019, but also the Southbound Festival, Meredith Music Festival, Falls Festival, V Festival, Big Day Out, Splendour in the Grass, Reading Festival and Sasquatch Festival.   Also, this year they released the single “Patience”, followed by “Borderline”, but have been coy assembling these into an album for release.

Parker has confessed to being a Supertramp nerd and noted them as an influence. He suggested that he wrote some of this music while high and listening to Bee Gees music.   Parker wants his music to have a melodic sensibility and personally enjoys listening to such pop-staples as Kylie Minogue and Britney Spears. He’s collaborated with such notables as Mark Ronson (“Uptown Funk”) on Ronson’s album Uptown Special, contributing to three songs.   And Lady Gaga’s release “Perfect Illusion” from her album Joanna was co-created by her, Ronson and Parker. His distinct sound can be attributed to the upward of 19 guitar effects pedals he uses, mostly by Boss and Dunlop. He uses phasing and reverb on his vocals and leverages multiple overlaid layers of vocal tracks.