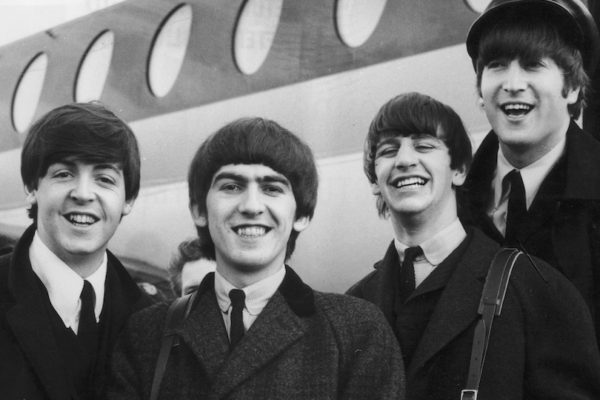 Asking Beatlemaniacs like myself to choose our favorite Beatles album is akin to asking an astronaut to choose his favorite star. In eight revolutionary years of songwriting and recording, John, Paul, George, and Ringo created a body of work that is unparalleled in its excellence. Still, there is one Beatles album that I’ve consistently enjoyed a bit more than the others. It’s not an obvious choice, and even calling this collection an “album” will outrage many Beatles purists and self-appointed arbiters of what is “correct.” So if you’re hung up on “authenticity,” “continuity” or “the band’s intentions” you might want to find a safe space to hug your English mono vinyl pressing of Revolver. Otherwise, sit back and let the evening go…

In December of 1980, I was a Beatles-obsessed 8-year-old living in Brooklyn, reeling from John Lennon’s murder just an hour’s subway ride from our home. On Christmas morning the Hey Jude album appeared under the tree. Released in 1970 and clocking in at 32 minutes, Hey Jude is a patchwork compilation of 10 songs spanning 5 years (1964-1969). I’d seen this oddity of an LP before, with its green Apple label and the iconic cover photo of the band, all bearded except Paul, standing in the stately doorway of John’s Tittenhurst estate. But listening to my very own copy of Hey Jude was a soothing balm, and it brought joy and light to an otherwise dark holiday season. 38 years later it’s still a delight, and I’m actually playing it right now as I write this article.

Hey Jude was assembled by Allen Klein, the notorious American businessman who took control of The Beatles’ business affairs in 1969. Klein had re-negotiated their US record deal with Capitol for a huge royalty rate, but at the meeting to sign the contracts John Lennon announced his intentions to leave the group. (Oopsies!) With Abbey Road months old and hours of Let It Be tapes gathering dust, a “new Beatles album” was needed quickly to appease both Capitol and the public. Klein’s creative director Allan Steckler gathered eight of the band’s singles and some B-sides that had not yet appeared on an album (including the epic “Hey Jude”), plus stereo mixes of two songs (“Can’t Buy Me Love” and “I Should Have Known Better”) that had only been released in the US in mono. (Since singles were issued in mono back then, all of these songs would be heard in stereo for the first time.)

Klein also bypassed the familiar EMI/Capitol infrastructure by mastering the album at Bell Sound in New York. The “new” album hit the shops in February 1970 originally titled The Beatles Again but was soon re-named to capitalize on the inclusion of the McCartney-penned hit single that opens side two.

Cobbled together in America by Americans, and inspired by contractual obligations and market demands, nothing about the Hey Jude album was “authentic.” And “the band’s intentions?” HA! Yet, the famous Beatles magic ties it all together for a joyful and exciting listening experience. Slap-dash time-traveling notwithstanding, it’s all killer and no filler, grade-A Beatles from start to finish. The songs are sequenced chronologically, so you can feel the band’s artistic evolution from ’64 to ’69 in real time. Any album that opens with “Can’t Buy Me Love” is already winning, but the quantum leap forward to the irresistible hooks and monstrous McCartney bass lines of “Paperback Writer” and “Rain” is palpable.

Side 1 finishes with the double-shot of “Lady Madonna” and “Revolution,” and by side 2 we’re enjoying some of their finest work from ’69 (“Don’t Let Me Down,” “The Ballad Of John And Yoko” and Harrison’s badass rocker “Old Brown Shoe”). Hey Jude also completely bypasses the psychedelic era, showcasing what a tight, solid rock and roll band The Beatles were. You want “continuity?” The basic foursome of John, Paul, George, and Ringo could have performed all of these songs live with minimal augmentation. This is the “back to basics” album that Let It Be should have been.

By 1987 when the release of The Beatles’ catalog on CD correlated to the English albums, Hey Jude was like a relic from a different age. So I was thrilled in 2015 when Capitol included it in its “US Albums” CD box set. The first time I held my miniaturized Hey Jude disc I felt like I was reuniting with an old friend: the stately “doorway” photo, the delicious green Apple on the disc, and of course that glorious time-traveling stereo song sequence. Perhaps the innocence of youth makes it easier to love The Beatles because you happily accept everything of theirs without question; when I was 8 years old I couldn’t spell “continuity,” much less understand why it was so damned important for my beloved Beatles albums. I wrote this article fully prepared for the flaming nonsense that the Beatles purists would throw my way. But in December of 1980 the Hey Jude album took my sad song and made it better, and in 2018 its Beatles Magic is still potent. Patchwork or not, there are worse ways to spend 32 minutes than hearing ten of The Beatles’ best songs.

Photo Credit: The Beatles in front of an airplane circa 1964 from the Evening Standard courtesy of Getty Images.

31 comments on “The Beauty of the Beatles Cast-Offs: “Hey Jude,” the Album”