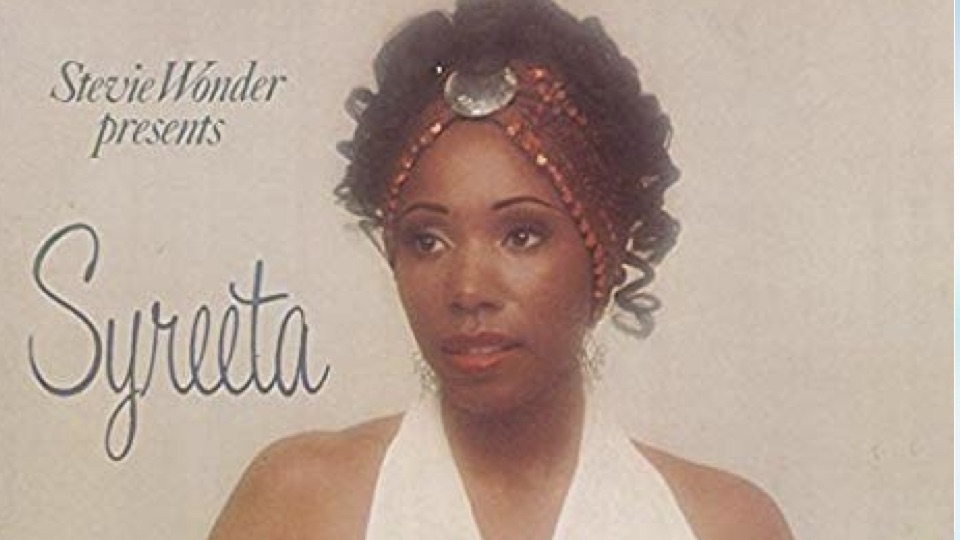 The union between Stevie Wonder and Syreeta Wright was a godsend.

Near the second phase of his career, Wonder stood at a crossroads. He desired to break ties from Motown’s hit-making assembly that defined his earlier success to pursue greater freedom as a mature artist. Syreeta waited in the wings for her big break as a blossoming singer-songwriter. The Pittsburg native’s beginnings were marked by disappointments and false starts: she began as a secretary for Motown, got eyed as Diana Ross’ replacement in the Supremes after Ross pursued her solo career (a role she didn’t nab), and then scored modest duties as a demo and background singer, eventually cutting a failed single on Motown under her short-lived stage name ‘Rita Wright.’ Syreeta’s early work during this tentative period seemed like try-out rehearsals for her candidacy as the lead replacement for the Supremes, or undercooked stabs at material originally tailored for Ross that was rejected or ended up on her solo albums.

Whatever the case, change roamed her mind.

She simply went by ‘Syreeta’ and crossed paths with Wonder. Together, the two would create a fruitful musical bond that would not only help hone his artistic development but spread her wings as a singer-songwriter. They collaborated on “Signed, Sealed, Delivered I’m Yours,” Wonder’s first self-produced single that became a huge hit in the summer of 1970. Then, they composed “It’s a Shame,” the Spinners’ lone hit for Motown in 1970. Their pact soon led to marriage in September of that same year, during the recording sessions for Wonder’s underrated 1971 epochal opus, Where I’m Coming From, which Syreeta entirely co-wrote with him. The album’s popular top 10 single, “If You Really Love Me” featured her spirited co-lead soprano. Stevie was 21; Syreeta was 25.

Though their musical fruits soldiered on, infidelity and indifferences caused their marriage to peter out, dying after just 18 months. They remained close friends, but their music collaborations grew as introspective windows, mirroring their personal experiences and expressions of love.

By 1972, Wonder reestablished himself as a serious album artist with the pioneering masterpieces Music of My Mind and Talking Book, in which he and Syreeta wrote heartfelt songs that chronicled the highs and lows of their past relationship, such as “Love Having You Around,” “Blame It On the Sun,” and “Lookin’ For Another Pure Love.” It was also during this intensely prolific period that Wonder oversaw Syreeta’s debut album. Her first eponymous outing, Syreeta, released in the summer of 1972 on Motown’s subsidiary label, MoWest, was a gorgeously supple, yet vulnerable song cycle that flaunted the sweet-voiced Syreeta’s far-reaching lyrical and topical prowess. Both she and Wonder concocted a heady, psychedelic soul tapestry that drew from avant-pop, folk, jazz, funk, and orchestral pop influences to explore weighty meditations on black identity politics (“Black Maybe”), romantic disillusionment (“Baby Don’t You Let Me Lose This” and “How Many Days”), and faithful pursuits of love (“Keep Him Like He Is” and “Happiness.”)

While her adventurous debut granted Syreeta critical acclaim, it went nowhere. Motown folded their MoWest subsidiary soon after but kept Syreeta on their roster. In the meantime, Wonder leavened his creative spark, working on 1973’s Innervisions, while Syreeta began writing new material. Disappointed by the lackluster response of her debut, Wonder projected its follow-up to be a well-earned breakthrough that would ascend her to the top of the charts and everyone’s minds. He was experiencing meteoric success with his unparalleled pop-soul touch, so it was inevitable that his touch would strike gold for Syreeta. In the interim of finishing Innervisions, Wonder and his band, Wonderlove ventured off to Los Angeles’ famed Record Plant studio with Syreeta to craft her sophomore album, 1974’s Stevie Wonder Presents Syreeta.

Despite the unimaginative title Motown utilized to score Syreeta a bigger audience with Wonder’s top-billing name branding it, Stevie Wonder Presents Syreeta is an emotionally potent song cycle that surveys the arc of a woman’s romantic journey. Revolving loosely around Syreeta’s tumultuous relationship with Stevie Wonder, it traces the naiveté of her falling in love to the desperation she’s met with when the love implodes to her realizing that she must start love anew in making herself whole again (as alluded in the album’s central motto, “Upendo Ni Umoja,” which stands for “Love is Unity.”) Compared to most of Wonder’s classic period output, this album’s myriad of emotions and moods of love are mostly interwoven with a lighter, mischievous flair. But given the visceral bite of Syreeta’s songwriting focus, it’s far from a lighthearted vehicle. As they did for its predecessor, Syreeta and Wonder construct a wildly eclectic sonic kaleidoscope that anchors the songs’ lyrical and emotional terrain.

It opens with the incendiary “I’m Goin’ Left” that’s also enigmatic in and of itself. From a lyrical standpoint, one can sense that the song plays like Syreeta’s political prelude to Stevie Wonder’s pointed critique of Richard Nixon’s presidency on his 1974 hit, “You Haven’t Done Nothin’.” Built on an energetic ARP 2600 synthesizer and fuzzy Moog bass groove, it takes on a similar vein to that song’s dense, brazen funk vibe as well. But if you’re paying closer attention to the lyrics, it can very well read as a fed-up lover’s kiss-off from a relationship that’s on the brink of dire straits.

Love’s complexities flow into “Spinnin’ and Spinnin’,” a beautifully cyclical ballad that cleverly uses a loopy, carnival-like arrangement to embellish Syreeta’s cautionary tale of romantic bliss and the chaos it ensues. Continuing the wicked love trip is “Your Kiss Is Sweet,” a carefree, reggae-tinged dig at the foolish games (read: infidelity) unfaithful men play when they’re in a committed, monogamous relationship. The sassy funk of “Come and Get This Stuff” follows, with its sensual come-ons initiating lustful desire. Originally, this song was intended for Rufus & Chaka Khan, but Khan refused to record it. She opted for the similarly themed, “Tell Me Something Good” instead, which Wonder wrote for the band, resulting in their breakthrough hit.

While the dizzying first half of Presents Syreeta centers on a woman’s outlook on unwieldy conditions that arise in a stormy relationship, its somber second half exposes her emotional toil from a failed one. Loneliness funnels through the soulful country-tinged “Heavy Day,” in which Syreeta poetically sings about a lonely spouse, who’s a working musician that longs for her significant other, who also happens to be a working musician. Punctuated by the soundscape of a tranquil storm, heartbreak takes on a ghastly air on “Cause We’ve Ended as Lovers,” with Syreeta regretfully reminiscing on the love she and her spouse once shared right into its demise. The piano-based, MOR pop of “Just a Little Piece of You” conveys a mellow sentiment of longing similarly to “Heavy Day.” The next four songs that constitute the album’s conclusion—“Waitin’ for the Postman,” “When Your Daddy’s Not Around,” “I Wanna Be By Your Side,” and the celestial “Universal Sound of the World—spool as a dramatic, rock opera-like suite, distilling the aftermath of a deserted relationship that leads to a woman’s transformative renewal in the end.

Though its artistic charms were as sweet as candy, Stevie Wonder Presents Syreeta didn’t pan out commercially as intended. Unlike Syreeta’s 1972 debut, it at least charted, peaking at #53 on Billboard’s Soul Albums chart. In the echelon of soul greats, Syreeta Wright has the unfortunate case of being placed in the uncelebrated ranks. Her angelic voice may be greeted as familiar to the general public for her 1979 hit duet ballad with the late great Billy Preston, “With You I’m Born Again.” But ever since her untimely death in 2004, the invaluable gravity of her overall work is passed over as either key source material for hip hop producers, or little-known curio pieces that are only of interest to crate diggers and classic soul purists. It’s quite a shame because Syreeta was a gifted singer-songwriter that was ahead of her time and deserved more. Stevie Wonder Presents Syreeta is a first-rate tour-de-force that proves why.