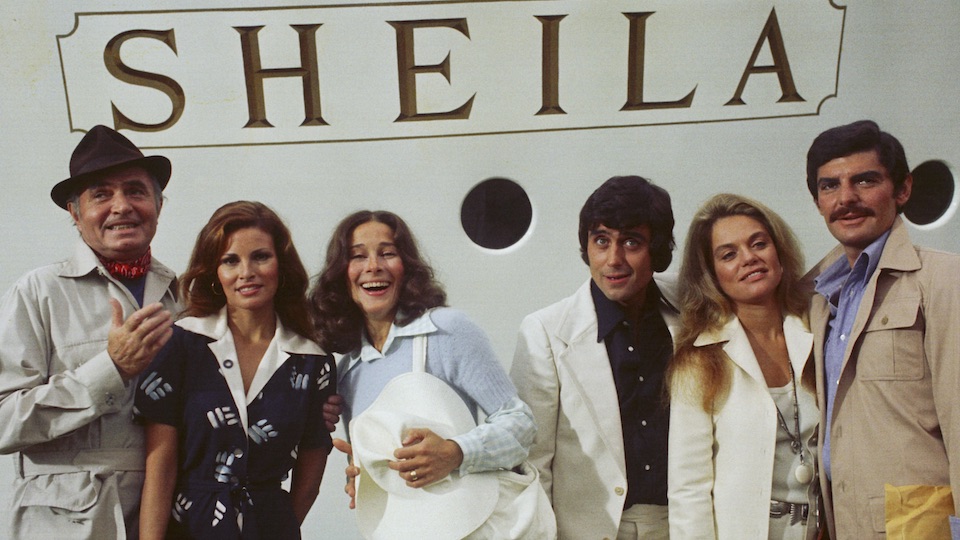 In the 1970s, cinema screens featured a ton of all-star productions, from disaster films like The Poseidon Adventure to war epics like A Bridge Too Far. Another genre very much in vogue during that decade was the star-studded mystery film. There were Agatha Christie adaptations such as Murder on the Orient Express and Death on the Nile, and comic variations on the theme like the Neil Simon scripted Murder By Death. Mystery thrillers of this type have come back into vogue with Kenneth Branagh’s 2017 remake of Murder on the Orient Express, and Rian Johnson’s 2019 thriller Knives Out. Both films have sequels in the works. One of the more unique entries in the vintage whodunit genre is 1973’s The Last of Sheila, written by Stephen Sondheim and Anthony Perkins. The film features James Coburn, Richard Benjamin, Dyan Cannon, Joan Hackett, Raquel Welch, and James Mason.

The story begins when movie producer Clinton Greene (played by Coburn with his trademark style) gathers a group of his Hollywood friends for a week-long trip aboard his yacht. One year earlier, his wife Sheila had been killed by a hit-and-run driver during a party at their home. Ironically, the guestlist for the cruise matches the one from that fateful night. Clinton has devised a memorial “gossip game” for his friends to play. Each person is given a card with a “secret” printed on it. For example, you are a shoplifter. A clue is given to everyone about these “secrets” and the object of the game is for the players to discover the identity of that person. At first, this seems like a harmless bit of fun, but it soon becomes evident there’s a much darker agenda at work, and that the “secrets” are actually true. When Clinton turns up dead during an early session of the game, it’s up to his friends to figure out what’s really going on, before anyone else meets an untimely end.

Stephen Sondheim and Anthony Perkins may seem like odd collaborators for this type of story, but the two men were friends and long-time mystery buffs.  The idea for The Last of Sheila grew out of several real-life scavenger hunts and murder mystery games conceived and hosted by the duo. Attendees for those events included co-star Richard Benjamin, his wife Paula Prentiss, and Herbert Ross, who ended up directing The Last of Sheila. Several of the characters in the film are inspired by real-life Hollywood personalities, most notably Dyan Cannon’s flamboyant Christine, based on super-agent Sue Mengers, a powerful figure in the movie business during the 1960s, 70s, and 80s. The razor-sharp, witty dialogue, and full-bodied performances add to the fun, and it’s clear the cast is having a grand time, especially Cannon, James Mason, and Richard Benjamin.

Sondheim and Perkins did work on a couple of follow-ups to the film, which sadly never got past the early stages of development. The movie is a delightful valentine to mystery fans as well as lovers of classic cinema. Rian Johnson, who wrote and directed Knives Out, has acknowledged The Last of Sheila as one of his favorites, and the movie has something of a cult following among mystery fans. The film is as much a sly satire on the dog-eat-dog world of the movie business (back in those pre-internet and pre-TMZ days) as it is a clever and twist-laden mystery thriller. From the opening moments to the end credits, when Bette Midler belts out Buzzy Linhart and Mark Klingman’s song “Friends,” The Last of Sheila is terrific. Follow the clues and see if you can figure out whodunit.

2 comments on ““The Last of Sheila”: A 70s Whodunit Worth Another Watch”