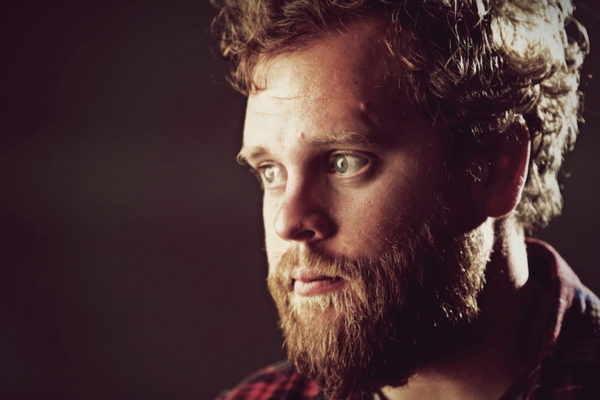 Folk music has an uncanny ability to connect listeners to bygone eras. If you’re from the country (or even if just one of your parents is), there’s a certain earthiness to the string and vocal work that can remind you of your grandpa playing tunes on the weather-beaten porch. That quality of sound combined with an often-brilliant lyrical content helps to make for a genre that can seem disarmingly slow in our fast-paced society — yet comforting in a world full of wounds. Here are five underrated folk albums worth a listen. Make that repeated listenings. Check ‘em out.

This four-piece folk outfit from Brooklyn features brilliant songwriting from Geoffrey Wilson who tackles themes of history as well as the meaning of life. There are religious overtones throughout Oh July which interestingly allow the listener to think about both being in the midst of and outside of the big picture simultaneously. If the phrases are sometimes like half sentences, then consider these fragments like a mosaic which comes together to form a glorious image as the sound bounces from acoustic to electric, from solo male vocals to beautiful male-female harmonies. Clean lines and intricate turns within the melody will draw comparisons with the better-known Fleet Foxes, and deservedly so. The title track and “Call to My Jesus” rank as my personal favorites.

Jeffrey Martin’s Dogs in the Daylight (2014)

Although he’s one of the best songwriters of his generation, Martin is woefully unknown, even among folk music connoisseurs. If this is your first time hearing his name, do yourself a favor and get to know him. From the first brooding low notes of the tragic opener “Coal Fire,” you’ll immediately fall in love with his heartbreaking style. And while Martin’s fingerpicking atop stunning orchestral music will amaze you, the lyrics will keep you coming back. There’s a literary polish layered upon each track, whether it’s about love, labor, and hard luck. The track “Hard Year” is a standout, while “Dogs in the Daylight” and “The Corners” are powerful tracks in their own right.

Henderson’s songwriting is thoughtfully poetic. His vocal style feels familiar, yet freshly forged. The LP title immediately conjures images of a “life of the mind”— which Henderson explores with more verve than your typical folk album. This guy has a gift for blending earthy themes with heady notions, somehow creating a sound that feels raw and gritty, personal and expansive. If music can be rooted and existential at the same time, Henderson has accomplished that here. It’s hard to pick a “best,” but if you only have time to sample two songs, go with “Heart and Hand” and “White Dress.” You’ll find time for more.

Frequent listeners to folk music probably already know Tivel, but her latest album is an absolute smash and deserves an even bigger audience, especially as “Illinois” and “Dark Chandelier” are two of the best folk tracks to come out in recent years. Tivel is a profound portraitist who uses wise turns of phrase to create captivating snapshots of real people, gripping images of modern-day Americans that seem so gritty, so true, that you’ll feel like you should greet them at the end of the tune. It’s a style that makes you feel not just deep emotions, but also the chill on your fingers or the sweet aftertaste of candy. Although her songs can be soft and relaxing, they’re not for background listening; this is music to be experienced with your whole being. Sit. Listen. Love.

The Sweeplings are the female-male duo of Cami Bradley and Whitney Dean, and their intimate harmonies will stun listeners at first encounter and create instant fans. The opener, a shocking acapella track “Carry Me Home,” sounds like it came right out of the mountains via the Carter Family. The sound is that haunting, the perfect intro to an album that is riveting beyond description. Rise and Fall is full of love songs with a deep sense of passion. Yet despite more production than most folk albums, the music manages to provide intimacy amidst a dynamic musical feast. Where to start? How about “What Have We Become” and “Flesh and Bones.

PS. Some other new albums for 2018 worth a listen.  And if you haven’t heard it, check out
“throwback country.”

0 comments on “Underrated Folk Albums From the Last Few Years”